as I do have to build several 28ft whalingboats for my AGATE whaling schooner from 1853. (There are three in the davits and a hand full in reserve.) I "decoupled" it from the main project into the card&paper group to get your helpfull support.

And I think I will try to build the 28ft whailingboat for AGATE of 1853 and the 29ft boats for my sleeping project of the last New Bedford whaler JOHN R. MANTA 1905 side by side.

Thanks for your kind intrest. 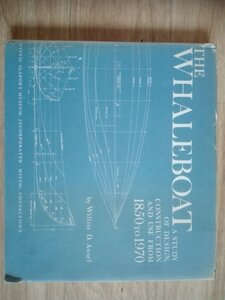 Here my projects scaled size reality and my drawings:

I was shocked how fiddly and tiny it is and bought a magnifier and a holder (socalled "third hand" in German) to support my bad eyesight. I have got the idea I will copy and pace the results back into the AGATE and lTer JOHN R. MANTA threat - if this is okay for you?

So let us start with some irritatig problem:

The mystic scale difference - why does ruleres not fit? Why is the scale ruler of AGATE not the same as the whaling boats ruler? Have YOU any idea???

But the length does fit very well...

Here the inside woodplan of a boat. you can see how fiddly this project will be.

as I am not at the shipyard today I can do the paper and cardboard work part.

let's start with the 1/12 plans from the New Bedford BEETLE WHALEBOAT bought from the Whalingmuseum...

An inch to the foot looks quite big

Neststep is to finde some hard and thin material to build the frames... I do think abiut cardboard and superglue. The thickness of tbe keel is about 0,5mm.

sharp and round edges of the uppest planks.

The planking on whaleboats changed from a klinker to wards a silented kraweel/clinker mixture:

The kraweel for the smooth gliding in the water. But the clinker for the fingers to pull a rudderer onto the capsized boat - so this was a common problem that was integrated into the boatbuilder's dayly work and become an usual design's feature. For me it rises the question how to build this at the hull.
a) carving into the planking
b) building a real plank-laying-over-plank
in the planking
c) glinig a plank onto the hull and sanding it into shape
d) imitating the step by shadow (adding a line by airbrush with a sharp and soft side

What does the more precepted of you gave to me as you opinions or helpful hints?

Abd rechently - let's see what I can find to build the mould...

.... an old scalpell and 0,5mm cardboard, Uhu and some moments of good eye to hand coordination...

So we are were we are - now it is time to let the glue getting set between paper and cardboard. Than cutting out with a bit of a "machining allowance" for my sanding beyond the "case hardening" by the usage of my beloved CAglue.
Last edited: May 9, 2020

And so we are now ready for CA case hardening

If I would double the cardboard of the frames

I will get a 1, 1mm thickness - what exactly is the width of my bandsaw's cut... so shall I thy this to be able to use the bandsaw instead of a newbladed knife???