I introduced myself in the appropriate part of the forum the other day and promised to begin a thread documenting the trabaccolo I am building, which is a beginner skill level kit by Amati in Italy. This is not only my first attempt at a wooden model, but also my first attempt at a boat. My modeling experience is mostly limited to WWII aircraft from plastic or cardstock.

The trabaccolo is an Adriatic cargo vessel with a rich local history, as there are several seaworthy as well as preserved examples, and apparently they are a bit of a favorite among model shipwrights living within the Adriatic sphere. I was personally inclined towards it because my mother's family is Croatian and I spent the better part of two months touring Croatia and particularly Dalmatia in 2015, and fell in love with the Adriatic isles and towns.

I began the kit last spring and set it aside after assembling the frame and putting the decking on. That is, at the point when I had to start bending planks!

I dug it out again recently and made a little plank warmer by putting candles in a mounted tin can, but I ended up letting most of the planks I've applied so far be air dried, though the tool definitely works.

To start with I've attached photos of the current view of the little boat, which has a ~31cm hull length and would roughly come to about 1/75 scale. I have all of the planking done on one side. I attached the top most planks with the railing slightly higher than they should have been so I needed an extra plank to take a sliver out of along the bottom edge. Thankfully I believe there is extra material from the decking, one of which I used to get this done and another of which I'll need for the other side!

The crude method I used to fit and dry the planks onto the frame was to stick paint brushes into the paper clamps, and then use bits of a cut up plank and some other things as spacers to hold the planks in place... It got messy at times, but it worked.

The construction method for the kit involves a single layer of planking, but I'm not worried about the gaps I've got since the hull will be painted, as on most of the surviving trabaccolos!

So here's where things stand now... I won't use any filler until the wood on the other side is done to make sure things remain rather even, and also to see if I can do any better on the next go! This will probably sit as it is until I return from a business trip in early February. Until then, cheers, and happy holidays!

(P.S. I plan to make several modifications from the basic kit, but will extrapolate about that after further updates, especially since nothing is set in stone.) 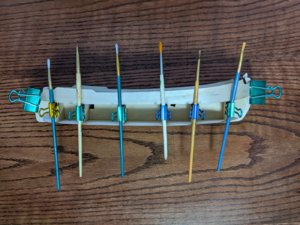 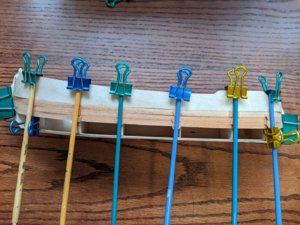 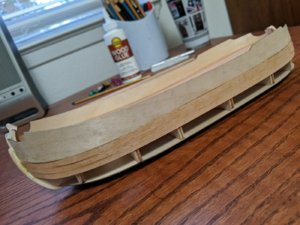 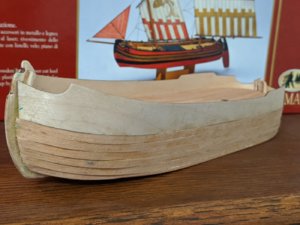 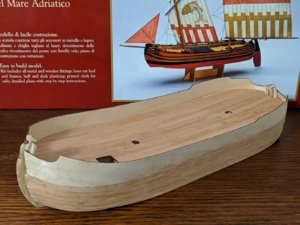 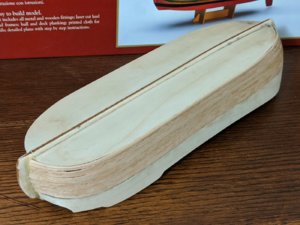 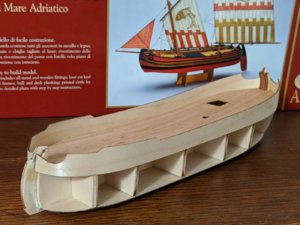 Hallo Gregoy,
Many thanks for starting the building log of the trabacul. I like this boats very much, due to the fact, that I was living in the beautiful country of Croatia for several years and was able to see such original vessels in the Adriatic Sea.....I will follow with big interest