Hello everybody, this is my new build log for the America's Cup 1930 J Class Enterprise,I received this kit from Model Shipway around 10 years ago, never ordered it, I gave them a call and explained what happened, they said that's fine just return it, and I did, and few weeks later came back again.Of course, I kept it.

So here we go I decided to build it, hopefully comes out something good.

A little history about the ship.

The History of the Enterprise J-Class Yacht

I’m considering model sailboats as a new hobby. I never knew how cool these model ships and boats were. They’re perfect little replicas of the actual ships on which they are based; they’ve even got the freaking Park Avenue booms! Of course, if you don’t know what a Park Avenue boom is, you’re got a thing or two to learn about sailboat racing history. But, before I launch into my lengthy dissertation on the America’s Cup Sailboat Enterprise, you’re going to need to imagine yourself very wealthy. After all, as JP Morgan said about Enterprise model yachts, “If you have to ask the price, you can not afford it.”

Early History of the America’s Cup Racing Yachts
You can’t really discuss sailboat racing history without discussing the America’s Cup. It’d be like talking about car racing without mentioning Formula 1. Actually, it’d be worse. Racing cars may be expensive, but racing sailboats are REALLY, REALLY expensive. So expensive in fact that there’s only one real international competition for wooden sailboat racing: The America’s Cup.
The America’s Cup is a competition between the Americans and the British. Both sides field a single yacht, which is, itself selected by winning qualifying races against similar models. Once each nation has selected the fastest model and crew to compete on behalf of a given nation for that year. Of course, wooden sailboat racing is not only a contest for the crews of the model sailing yachts, but also a contest of the wooden sailboat’s designers. Just as with car racing, technology and innovation come to the forefront of wooden sailboat engineering. As such, the rules continued to evolve about exactly how a particular yacht model could be constructed as, for instance, both of the 1903 America’s Cup racing yachts (The Reliance and The Shamrock III) were so lopsided as to barely be seaworthy on stormy days. The yachts fielded by the Americans were particularly lopsided because they, unlike their British breathern, did not have to be seaworthy enough to actually sail to the racing site under their own power. The Americans, for reasons only wealthy yacht owners understand, could produce a yacht just seaworthy enough to not sink sailing about in closed harbor regatta races.
A new set of rules came down in 1914 called “The Universal Rule” which established classes of racing yachts by the ratio of their length, displacement and the total area of their sails. Previously, length was the only criteria which matter and designers had abused this by putting excessive amounts of sail on those model yachts. Now these factors were accounted for, and different classes of yachts were established by different ratios of these three variables. Of special interest is the J class yacht, because that was the class used for America’s Cup criteria between 1930 and 1937.
The Enterprise J Class Yacht
The J class yachts are some of the beloved of the America’s Cup Wooden Sailboats because they represent an excellent compromise between seaworthiness and speed. As previously mentioned, the rules of The America’s Cup favor the Americans because, during this era, the British yacht had to sail to the racing site under it’s own power. Not so for the Americans. While it may win races, most people would like a sailboat that they can actually sail out of the harbor. Enter the Enterprise Model Yacht.

The
ENTERPRISE MODEL YACHT
(aka the America’s Cup Sailboat Enterprise or just Enterprise Sailboat) was one of the best known American J Class yachts ever to sail. She was designed by the esteemed Starling Burgess and built in 1930 by Harold Vanderbilt- yes, THOSE Vanderbilts. This is, after all, a sport for the very wealthy. She was built to defend against the British challenger yacht, The Shamrock V, which she did successfully. One of the snazzy new design features which the
ENTERPRISE MODEL YACHT
had was the Park Avenue boom.

“What’s a Park Avenue boom,” you ask? I’m afraid you’ll never be able to hand with the Vanderbilts asking naive questions like that! Let’s get you educated. Take a look at this picture of America’s Cup Sailboat Enterprise.

You see that doohickey under the mainsail? That’s what we call the Park Avenue boom. It catches the mainsail as it’s lowered and makes it easier to manage. How does it do that? Well, the boom has wings which extend outward to catch the mainsail as it is lowered. From there a piece of equipment called a lazy jack ensures that the mainsail is captured within the confines of the recessed area of the boom deck where it hides the bulk of the sail when moored.
What does all that mean? Hell, I don’t know. I do understand that it makes the sail easier to manage. Less labour on managing the sail means a more efficient race, which means the difference between sucking on some hot chicks in the winner’s circle versus sucking some British wake as you watch them sail to victory.
The actual Sailboat Enterprise was sold for scrap in 1935. Alas, she sails no more. In fact, the entire J class ENTERPRISE SAILBOAT line has gone the way of the dodo. Along came World War II, and the war effort. These model sailing yachts were seen as too extravagant a use of resources. Even after the way, the J class yachts were seen as too extravagant for post-war economies. It seemed no one could afford the J class anymore, and they were replaced with smaller yachts.
So you see the special place that J class yachts have in the history of America’s Cup. That’s why I love the little model replicas of these things. Now you can own your own little piece of rich, snobby sailing history by buying the ENTERPRISE MODEL YACHT. Owning a little model wooden sailboats allows you to fantasize that you are one of the rich elite who has nothing better to worry about what to do with your millions of dollars than to try to make a faster Wooden Sailboat.Source: http://prestonpoulte...-j-class-yacht/ 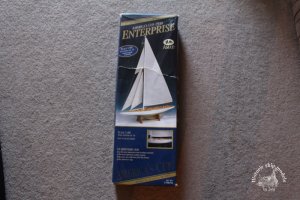 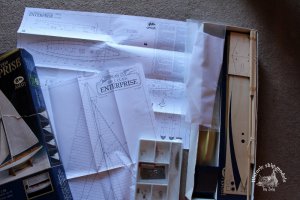 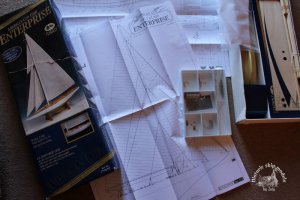 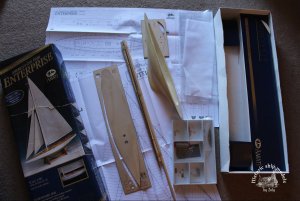 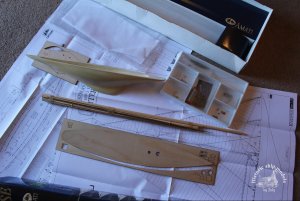 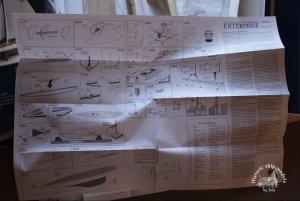 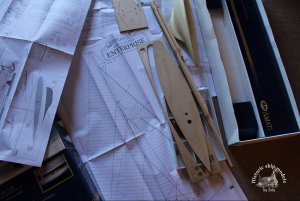 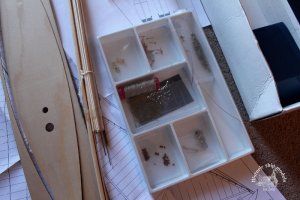 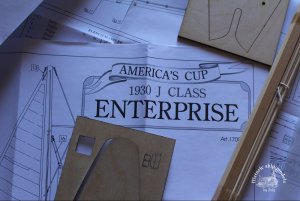 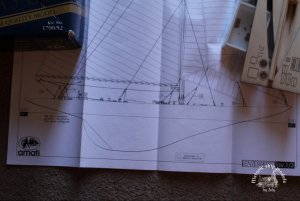 Are you taking a break from the Santa Maria or building the two in parallel?

I like the Amati line of kits. Good luck on this one.

Graham said:
Are you taking a break from the Santa Maria or building the two in parallel?
Click to expand...

Hi,thanks for looking in,no I am not taking a brake on my Santa Maria,this is just a side project for little mini brakes when I don't have mood for Santa Maria.

GaryM said:
I like the Amati line of kits. Good luck on this one.
Click to expand...

Thanks Gary for stopping by!

Hello, have you suspended work on your America's cup yacht? I just got my Ranger kit and am looking for more detailed information on the construction of the mast and boom.

Hello Bob,I am just busy with other projects.

OK, I'm in no rush. I won't be starting on the Ranger for a while most likely.

good lead in story on the J class and Park Avenue Boom.

I have a small fiberglass sailing boat. A 14' Lido, designed as a small class racer for west coast boys with bigger boats.

Mine is down for maintenance as it needs a new transom installed.

But it was fast little center keel board boat for evening or weekend sail with kids. She was designed for two adults or one adult and two youth.

I love the classic J-Class for appearance and performance at the time. Almost as impressive as the International Schooners like Bluenose and her competitors. The present shift to hydro dragsters storming back and forth in San Francisco Bay really did not show me seamanship or seaworthyness as they are still in an experimental stage of limited conditions racing. Give me the old days of round the bouys racing in a class of mutilple boats over one on one handicapped racing. Great build selection! PT-2
You must log in or register to reply here.
Share:
Facebook Twitter Reddit Pinterest Tumblr Email Share Link
Top