The Artois class were a series of nine frigates built to a 1793 design by Sir John Henslow, which served in the Royal Navy during the French Revolutionary and Napoleonic Wars.

Seven of these ships were built by contract with commercial builders, while the remaining pair (Tamar and Clyde) were dockyard-built - the latter built using "fir" (pitch pine) instead of the normal oak. 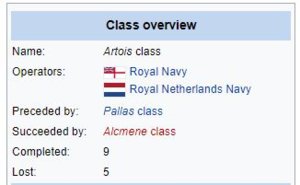 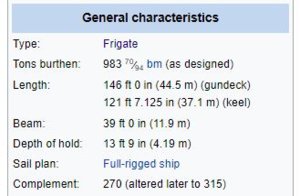 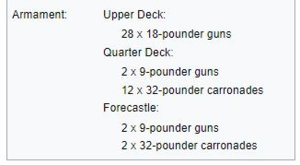 Details and list of Ships built to the Artois Class design
threedecks.org


Due to the fact, that Jotika / Caldercraft has an Artois frigate in program, the HMS Diana is maybe the most known ship of this class.

HMS Diana was a 38-gun Artois-class fifth rate frigate of the Royal Navy. She was launched in 1794. 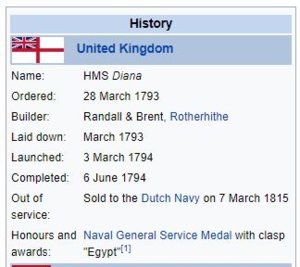 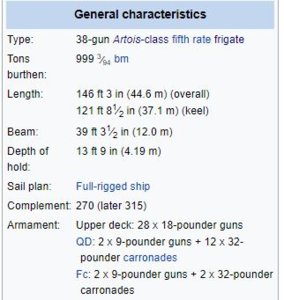 Because Diana served in the Royal Navy's Egyptian campaign between 8 March 1801 and 2 September, her officers and crew qualified for the clasp "Egypt" to the Naval General Service Medal that the Admiralty authorized in 1850 to all surviving claimants.

Diana participated in an attack on a French frigate squadron anchored at Saint-Vaast-la-Hougue at the Action of 15 November 1810, which ultimately led to the destruction of the Elisa. (Boats from Diana went in and set fire to the beached Eliza despite heavy fire from shore batteries and three nearby armed brigs; the British suffered no casualties.)

Fate
Diana was destroyed in a fire on 16 January 1839 while in dry-dock at Willemsoord, Den Helder.

all drawings you can find here:

I showed already in several locations here in our forum the very interesting web-page of the Royal Museums Greenwich or the National Maritim Museum Here you can see the web-page with a research for the HMS Africa, launched in 1761 - Here contemporary drawings and plans, but also artefacts...
shipsofscale.com


A very special and highly interesting drawing of the HMS Diana is this one:


and this one from the HMS Clyde and HMS Tamar 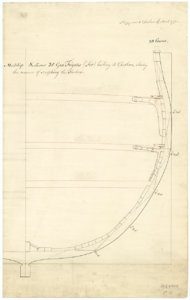 and also some beautiful contemporary models are available 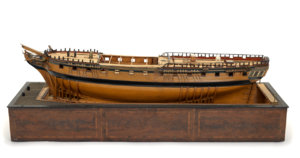 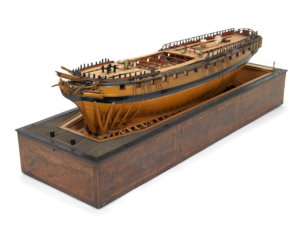 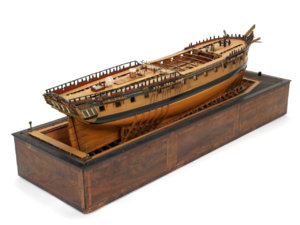 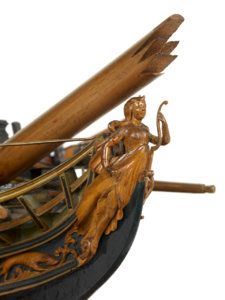 Scale: 1:48. A model of one of the nine ships of the 'Artois/Apollo' class of 38-gun frigates designed by Sir John Henslow and built between 1793 and 1795. Seven were built conventionally in private shipyards and two more were constructed experimentally in fir in the Royal Dockyards at Chatham and Woolwich. Four of the conventional ships were wrecked between 1797 and 1799, and the fir-built ships deteriorated rapidly. The model shows the hull of the ship fully planked and set on a launching cradle, though without the rails on which it will run, as is common on models of this period. The stern decoration and figurehead are carefully carved and some features such as decorations and the steering wheel are made in bone. The figurehead is of Diana the huntress, which identifies the ship. Two other models of this ship are in the Museum collection. 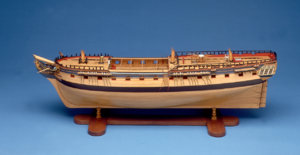 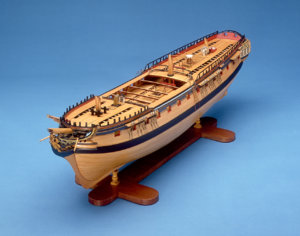 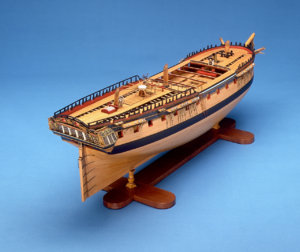 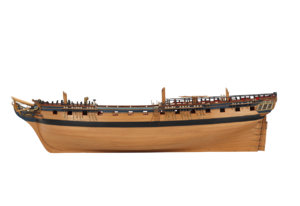 Scale: 1:48. A contemporary full hull model of the 'Diana'-class frigate (1794), a 38-gun fifth-rate, built in 'bread and butter' fashion and finished in the Georgian style. Model is partially decked, equipped, and mounted on its original pillar supports with a modern base. This model clearly illustrates the increasing use of bone and ivory in particular the carved decoration on the stern and the numerous fittings that were turned on a lathe such as the capstan head and deadeyes. This class of frigate were built from plans by Sir John Henslow, Surveyor of the Navy, 1784-1806, and had a gun deck of 146 feet by 39 feet in the beam and a tonnage of 984 (builders old measurement). Known as the 'eyes and ears’ of the fleet, the frigate was used for a variety of roles such as searching out and reporting on the enemy fleets and convoys, as well as independent patrols worldwide. 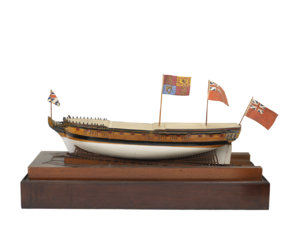 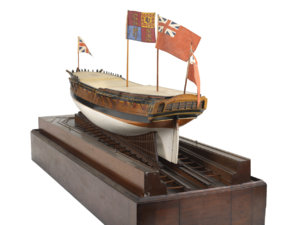 Scale: 1:48. A design block model of the ‘Artois’, a 38-gun frigate, built by Wells of Rotherhithe in 1794. The model is scenic, and is represented on a slipway, with complete with its launching flags. It carries a plaque inscribed ‘Artois tons 996 Guns 38 Built 1794. On a launch. This model represents the mode of launching ships in HM Dockyards at the present time, and was accepted subsequent to 1795’. ‘Artois’ captured several French ships before being wrecked near La Rochelle in 1797. The model was displayed in the naval museum in Somerset House, open to the public in 1838.

I already mentioned in the beginning, that Jotika / Caldercraft has a very good POB 1:64 kit in their program 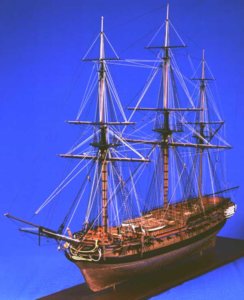 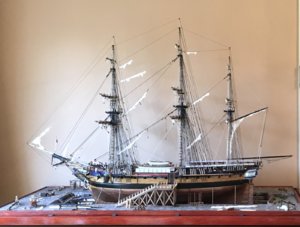 These photographs show my completed model of HMS Diana from JoTiKa. This is my first foray into a large kit build after a small scratch-built galleon I completed at school 50 years ago. This model took me 3 years to complete and I loved every minute of it. I thought I'd mount the model on a...
shipsofscale.com

more photos you can find in the Gallery

My greatest work todate...if only I had all the above information prior to starting out on my build 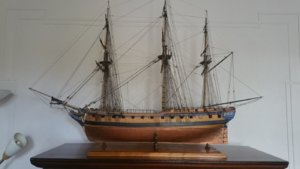 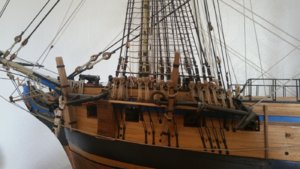 Sarge said:
My greatest work todate...if only I had all the above information prior to starting out on my build