Book review Book Review: "THE TRAFALGAR COMPANION: The Complete Guide to History’s Most Famous Sea Battle and the Life of Admiral Lord Nelson" by Mark Adkin 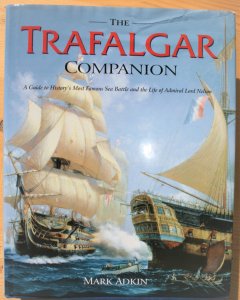 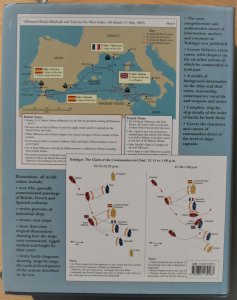 The Trafalgar Companion, detailing the battle fought between the British Navy and the French and Spanish combined fleet in October 1805, has been universally acclaimed as the definitive work on the subject, distinguished by its superb illustrations, articulacy and attention to detail.
The book surpasses everything previously published on the battle in both scale and authority. Former army officer Mark Adkin not only describes the Trafalgar campaign and the battle itself in unprecedented detail, he also covers Nelson’s career and earlier actions. Also included is the wealth of background information on contemporary naval life, seamanship, gunnery, signalling and tactics that one has come to expect from this distinguished author.
Divided into twenty chapters across nine sections, The Trafalgar Companion can be dipped into as a reference guide or read cover to cover. Detailing everything from the sailors, officers and tactics to the ships themselves, each section is placed in the context of the battle and enhanced by maps, plans, drawings and diagrams.
The book also covers Nelson’s boyhood and early years in the Navy, his affair with Emma Hamilton, and the six other main actions in which he took part, from the siege of Calvi in 1794 to the Battles of the Nile and Copenhagen, as well as his funeral, memorials and enduring fame.
The Trafalgar Companion is an absolute must-have for anyone hoping to further their understanding of both Admiral Nelson and this iconic moment in British Naval history. 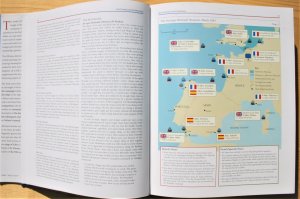 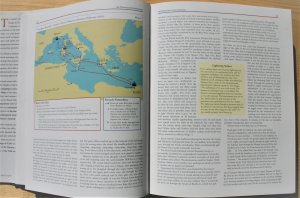 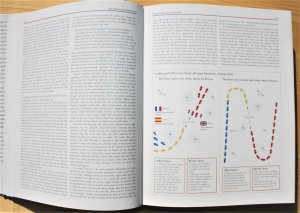 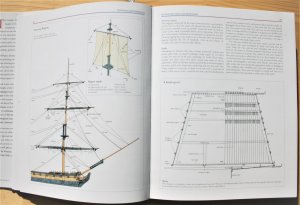 The Trafalgar Companion is probably the best reference book on the Royal Navy in the time of the Napoleonic Wars. It has about 550 pages of small type and is jam packed with information. However, it is much more than its title suggests.

This book could probably be divided into three main parts: the life of Nelson, the Trafalgar campaign, and the background of the Royal Navy. There are nine sections, each with subsections and most with an epilogue. The epilogues comprise the first part, as they describe some aspect of Nelson's life or career. If one wanted to read only about Nelson, one could jump to the end of each chapter and read a very good biography of Nelson. The epilogues include his early life and career, the battles of St Vincent, the Nile, Copenhagen; his stay at Naples, Emma, and a few others. The reader really comes to know a great deal about Nelson. The second section, the background of the Royal Navy, gives the reader about 150 pages on topics such as ship construction and classification, seamanship, navigation, officers, seamen, marines, uniforms, gunnery, tactics, and many others. This section alone is invaluable to understanding the Royal Navy. The third section is about the Trafalgar campaign. The subsections include British and French naval strategy, the fleets, command, opening moves, the battle itself (about 60 pages), and the aftermath of the battle.

So, what makes this such a great book? The topics have all been discussed in tons of other books. Well, first, this book is like an encyclopedia--it brings everything together under one roof. If you want Nelson, you got 'im. If you're reading Hornblower, Ramage, Kydd, or Aubrey and you need some background info on some topic, it's here. However, this book is more than an encyclopedia. If you have several hours to spend on a great story--the battle itself--you've got a great read in front of you. Second, in addition to the text, this book is filled with hundreds of illustrations, diagrams, lists, quotes, maps, paintings, and drawings. For example, the section on fleet comparison devotes a page to each ship from both fleets. The pages include a drawing of a ship, its rating, number and type of guns, number and type of crew (i.e. naval, infantry, marine), a biography of its commander, what the ship did during and after the battle, and, for the British, a list of all its officer--all the way down to the purser! In the section on guns, gunnery, and tactics, there are eight fabulous color illustrations, each covering two pages. The first is a cross section of the Victory with all the rooms labeled. The ship looks like a mini city. Then there are top-view illustrations of each deck. Not only are the guns and other parts of the ship labeled, but also where crew members would have been assigned. I didn't know that a marine was assigned to each gun on the ship. In some cases even known personalities can be placed in certain areas on deck. There is even a page showing the number and arrangement of lanterns to indicate signals in the presence of the enemy! I particularly like the 19 maps in the battle section. The reader can follow the movements and firing of the ships throughout the battle. There are so many topics and all are treated exhaustively.

I could go on and on giving examples of the breadth and depth of this book. Besides the information, the color illustrations and quality of paper make this book visually pleasing. I HIGHLY recommend it to anyone interested in the Royal Navy in the Napoleonic Wars. It's worth every penny you'll pay for it-you won't need anything else. 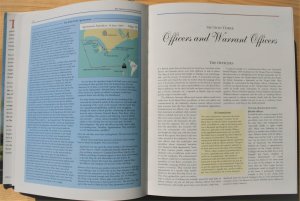 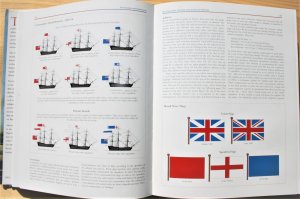 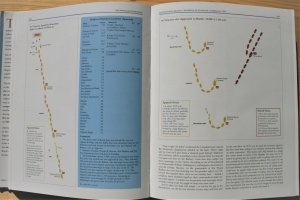 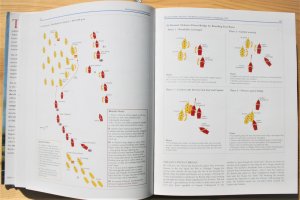 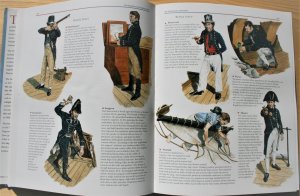 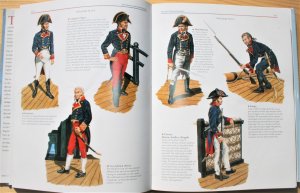 The Trafalgar Companion: The Complete Guide to History’s Most Famous Sea Battle and the Life of Admiral Lord Nelson
By Mark Adkin 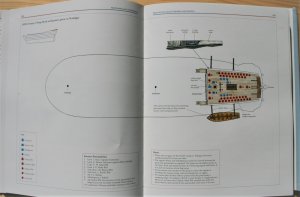 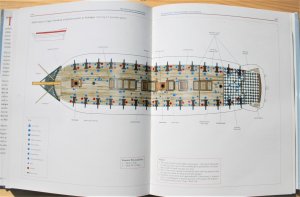 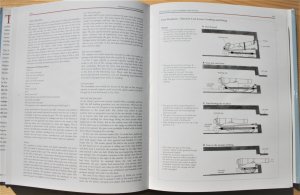 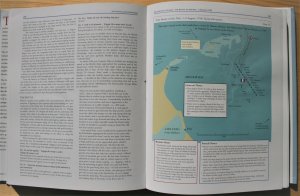 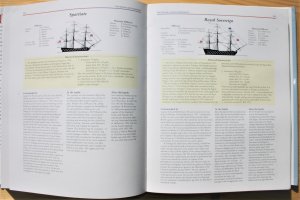 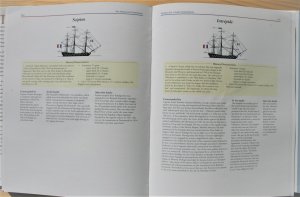 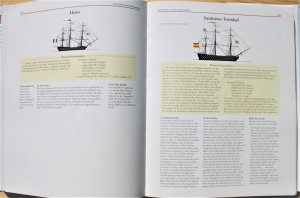 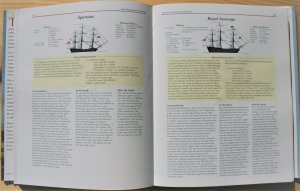 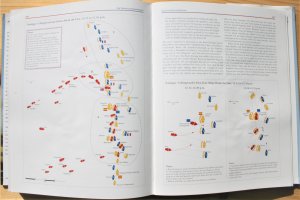 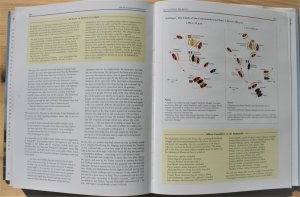 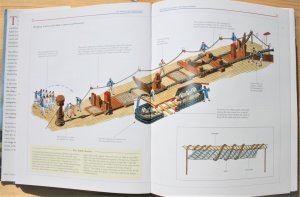 I really love these reviews,thanks for sharing them!