While I finish deciding to start a tartana ligur in miniature, from the monograph of the Gemma, I show in the forum another of the models of my collection already finished (well, in this case they are two models in one): the caïque de l’Étretat.

Étretat is a location of the Sena Marítimo Department situated at the coastal line of Pays de Caux in Normandy. Étretat is well known due to its white limestone high cliffs that next to the beaches near them where one of the main reasons that called the attention of numerous artists such as Eugène Boudin, Gustave Courbet and Claude Monet.

This beach of river stones and its steep inclination, in the absence of natural shelters, is responsible for the characteristics of the vessel with whom the local fishermen set out to fish, known as caïque. The boats were set aground in the high section of the river stone beach, pulled with the help of solid capstans or winches, with the participation of the local sea community. This operating mode demanded that the vessels had a structure both light and resistant which was achieved with its clinker-built construction, with elm strakes that defined a scarcely draught hull and a slightly curved oak keel to facilitate the operation of push-pull.

As a coastal fishing vessel, it had different fishing gears during the different seasons year round and also depending the type of capture. It had a great versatility regarding its rig. Having good weather it showed a big display of rigging with a lot of sails that resulted almost oversized. When the wind freshened the mainsail and the topsail were removed and the main mast which longitude was more than one and a half the length of the ship was lowered. The fore mainsail or “borcet”, that had the singularity of being bulwarked in the end of the outrigger when the whole rigging was displayed, was therefore placed classically con the tack of sail in the top of the stem, using to its purpose the first band of reefs. Then it could let out a small jib on the outrigger. This way the caïque adapted easily to wind changes.

This possibility of presenting different rigging forms gave me the idea to duplicate the model with its purpose of showing both “clothing”. 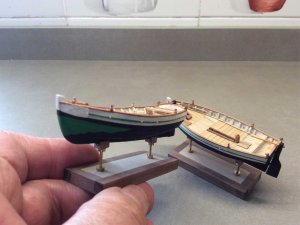 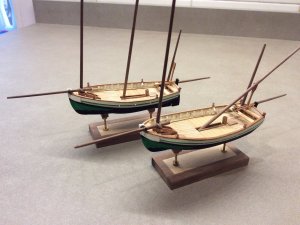 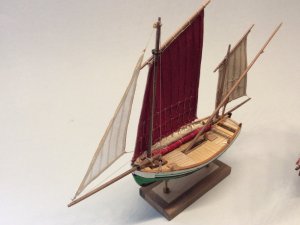 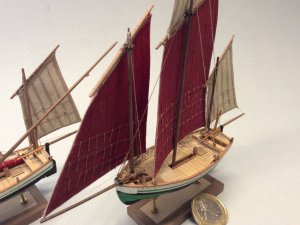 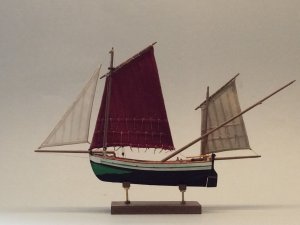 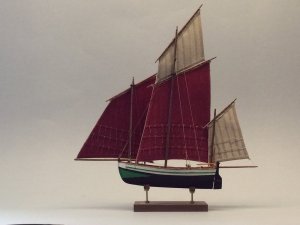 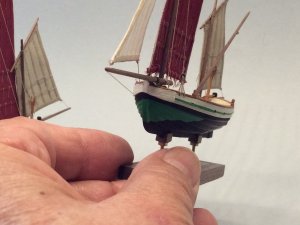 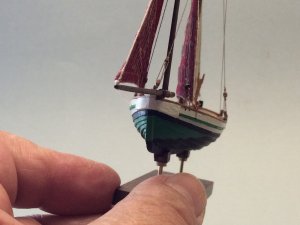 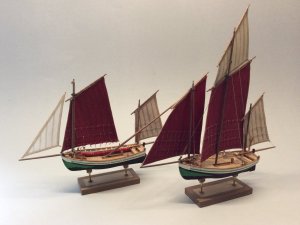