I have chosen for building this ship as my father left me the book "De 7 Provinciën" van G.C. Dik. A book that comes with a set of plans (1:77). Years later I decided to actually build this model.
I wanted the model to be a bit greater than it would be on a scale of 1:77, envisioning a completed model in our living room. We have double doors entering this room with on both sides about 1,6 / 1,7 meter free wall, What a sight it would be to have one or even better to have a model on each side of the entrance of our living room. A fine scale to build this model would be about 1:48-1:50 making it a model of roughly 1.30 meter over all.
More info on this ship/model was searched for and found amongst other things on the website of the now deceased Otte Blom, who made an elaborate study of this ship and his drawings/plans can be found on internet. I looked around on several forums and found a building log by Dražen Carić, whose method appealed to me and for a first build (it has been over 40 years since I built a model) it appeared to me to be a good role model to get me started.
In the meantime I have collected several books to get deeper into the matter of 17th/18th century ship building and rigging. My latest and much appreciated acquisition "The Art of Ship Modeling" by Bernard Frolich (ancre.fr).

Great to see a build of the 7 provincien coming up. I will follow with interest.

There is actually a 3rd set of drawings available from the NVM the Dutch modellers association , these are also used at the Batavia yard. So plenty to choose from and all slightly different.

Just for you here already some pictures of GC Diks book model in scale 1:50, which is now in the Dutch transport museum.

I am very happy, that you decided to start the building log of this highly interesting project.
I will follow your log with big interest and reserve a seat in the first row,
I would like to sit next to Maarten, so we can make some chitchat and also serious talks about ship modeling

Hi Herman.
Good to see you have made the decision to start a build- log.
I am happy there is still a seat in the front row.
Regards, Peter

@Maarten
Thanks for the photo's. I was not familiar with that Museum.
I still have to visit the Batavia yard. I hope to do it this year and might pick up a set of drawings in the hope they will show a clear view of the ornaments. That would be very helpful to at least know what you are trying to establish with your model. I found a photo as an example of what they made.

I will follow with great interrest, because the 7P stands high on my list. And in scale 1/50 to. Succes

Seats in the front row taken? There is still room on the couch. Gin and rum for the crew.

First I want to share some of the history of this ship, although many of you might be familiar with it. Knowledge of the history is what makes it extra appealing to construct a model.

The "7 Provinciën" was built under supervision of Salomon Janszn van den Tempel for the "Admiraliteit van de Maze" on the Haringvliet shipyard in Rotterdam from December 1664 until June 1665 when she was launched and completed on the 29th of July. At that time only known as "The Great Ship". She received her name and was inspected in Den Briel by Johan de Witt. On the 4th of September she had to undertake the journey to the naval base of Hellevoetsluis unarmed, escorted by several frigates. She turned out to be a very good sailing ship and simply overtook her escort.
Equipping her turned out to be a challenge caused by a shortage of crew and assets. She would have been equipped with guns of the "Eendracht", but that ship was lost in the battle of Lowestoft on the 13th of June. As there was a shortage on funds, guns and bronze, guns of various calibers had to be gathered from all over the country.

As admiral Michiel Adriaenszoon de Ruyter was already on sea Vice Admiral Aert van Nes got the temporary command and her first deployment was during the Blockade of the Thames (1665).

On the 28th of March 1666 De Ruyter set his first steps on his flagship. Under ideal conditions the crew would have consisted of 475 members, but there turned out to be 183 men on board. In the end De Ruyter left for Texel with only 312 men on board.

In 1666 she took part in the Four Days Battle (11-14 June 1666) (as per Dutch new style calender) in the Second Anglo-Dutch War. It was a victory for the Dutch but the English fleet was far from defeated. 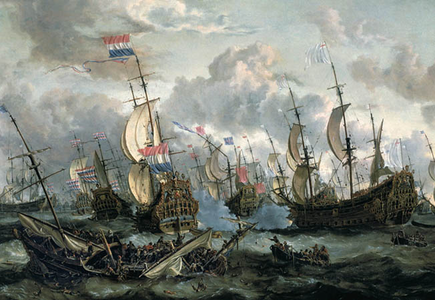 Her next deployment was the Two Days Battle (4-5 August 1666), a.k.a. St James's Day Fight. That battle ended in favor of the English.

The Raid on Medway (19-24 June 1667) was a success and lead to the end of the 2nd Anglo-Dutch war in favorite of the Dutch. The English flagship HMS Royal James was captured and towed away to Hellevoetsluis. Her stern piece can still be admired at the "Rijksmuseum" in Amsterdam. 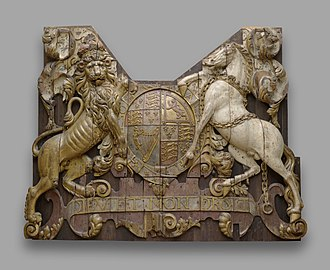 5 Years later the "7 Provinciën" took part in the Battle of Solebay (7th of June 1672), the first battle of the Third Anglo-Dutch War. The English flagship HMS Royal James (1671) was sunk, and HMS Prince severely damaged by the 7 Provinciën. The battle ended inconclusively.

De Ruyter tried to end the occupation by the French of Martinique (20 July 1674), without success as the enemy was forewarned and De Ruyter had to retreat. In 1675 De Ruyter left the 7 Provinciën for the "Eendracht".

Under the command of Jan van Brakel the 7 Provinciën is then deployed for an expedition to Spain (1678).

In 1691 the command is transferred to rear admiral Johan Snellen, who in the same year dies on board.

Later she took part in The Battle of La Hogue (1673) as part of the Anglo-Dutch fleet under Edward Russel. The 7 Provinciën was heavily damaged and had to be repaired in Portsmouth.
Evert de Lieffde was the last commander of the 7 Provinciën.

On the 1st of November she undertook her last journey from Hellevoetsluis to Rotterdam.

In 1694 she was sold to a shipyard and dismantled.

Herman said:
@Maarten
Thanks for the photo's. I was not familiar with that Museum.
I still have to visit the Batavia yard. I hope to do it this year and might pick up a set of drawings in the hope they will show a clear view of the ornaments. That would be very helpful to at least know what you are trying to establish with your model. I found a photo as an example of what they made.

As you know 7 provincien at the batavia yard is stopped. Looks like these ornaments are from batavia. They have actually build 7 provincien in scale 1:10 so all carvings can be very well inspected. 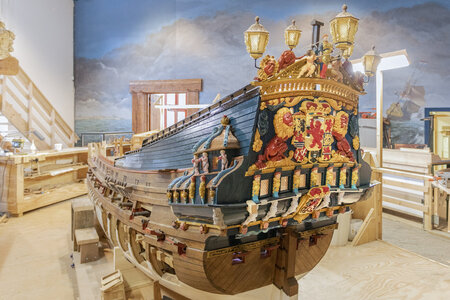 I will show you some pictures of the build until now. At the time I took some pictures for my own reference. As I never anticipated to start a build log not everything will be covered.

I started late 2018 gathering drawings, wood etc. It will be a (kind of) plank on bulkhead method. I reckoned starting a first build with a plank on frame would be a bridge too far and might end up in an abandoned project.

I started to copy the drawings of hull/bulkheads on plywood. This plywood will at the same time be part of the construction to hold the model during the build. 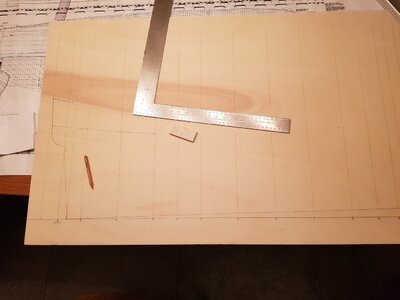 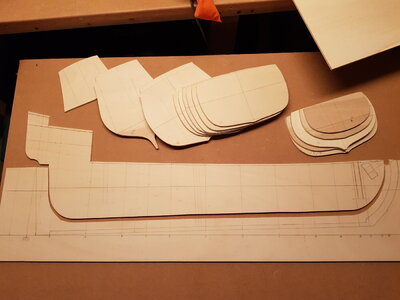 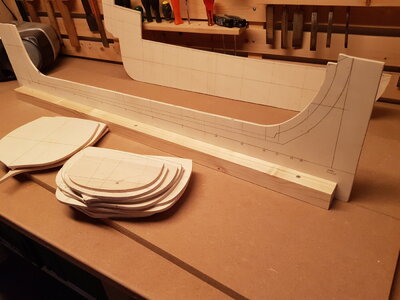 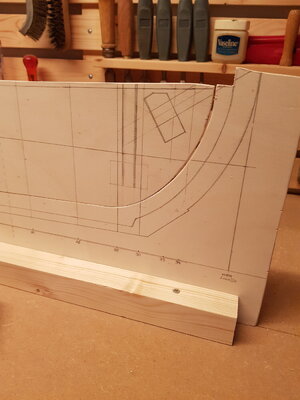 Hull and bulkheads were adjusted to fit and assembled. 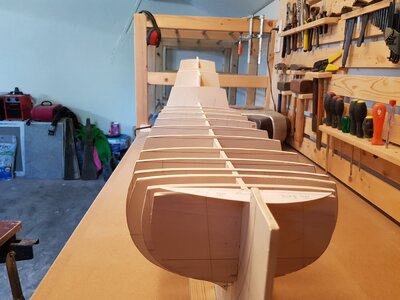 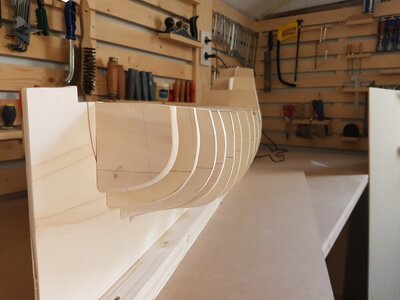 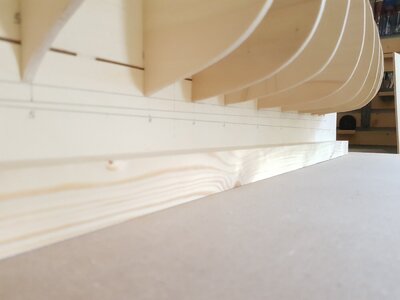 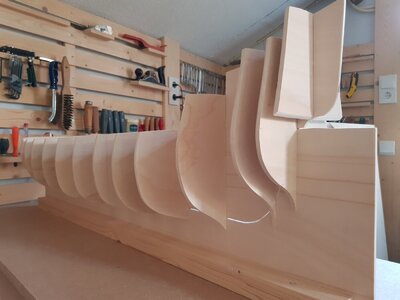 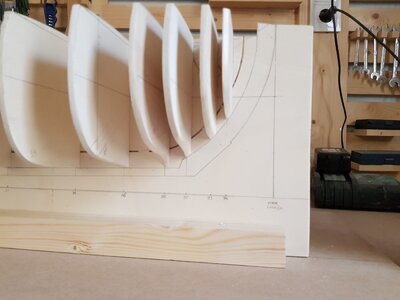 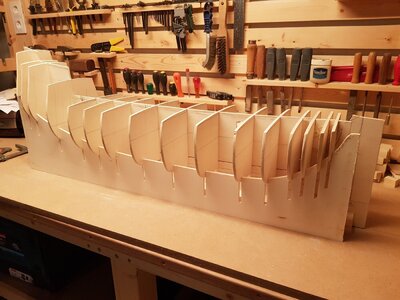 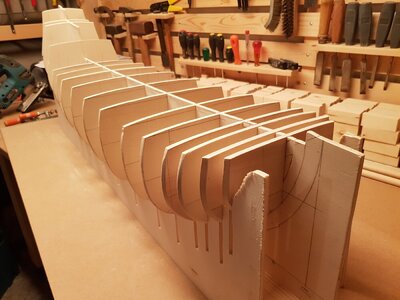 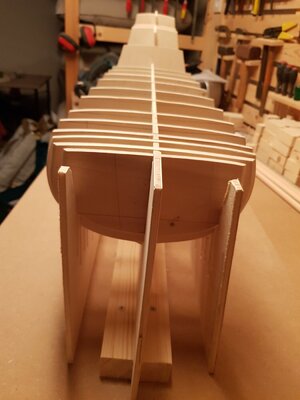 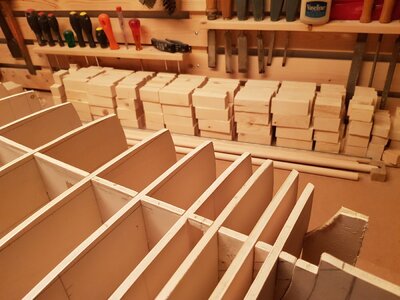 Enclosed you find photo's of the first blocks being placed between the bulkheads.

It is too bad that I don't have a clear photo of several cut-outs that were made in the center plywood. On the one end cut-outs from the top to fit the masts + mast bases and the bowsprit (these cut-outs are partly visible on both photo's), on the other hand cut-outs from beneath that will accommodate two screw studs that will hold the model in a later phase / when completed (unfortunately not documented). To make sure the screw studs will firmly hold the model double threaded inserts are embedded and glued solidly into wood. 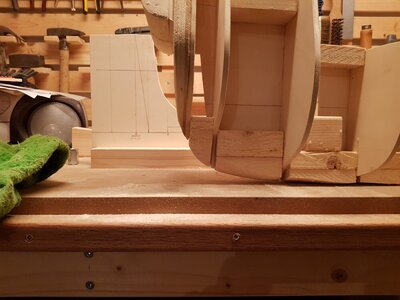 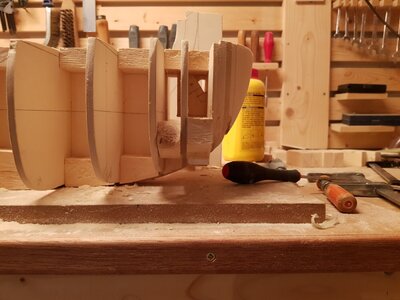 Inserting the last blocks and all roughly given shape. 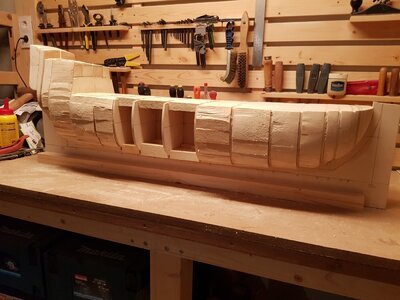 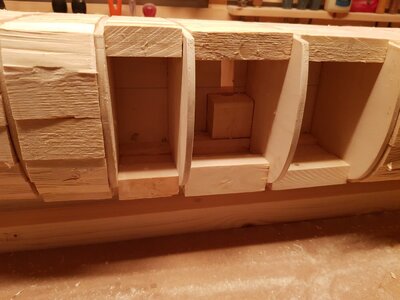 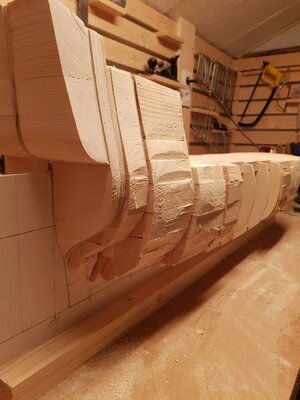 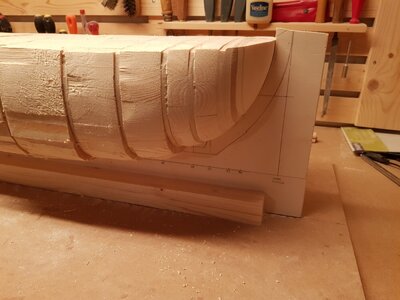 After some days of hard work the foundation for the hull is in shape. 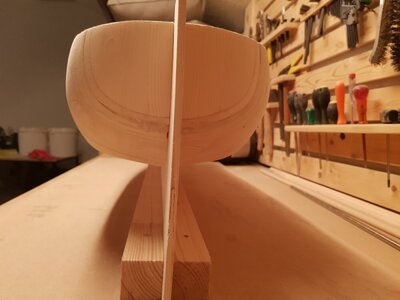 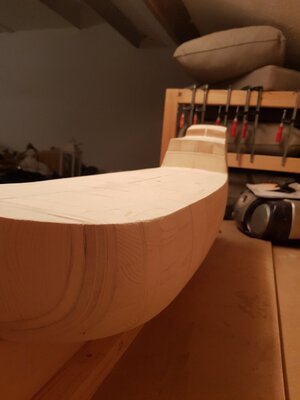 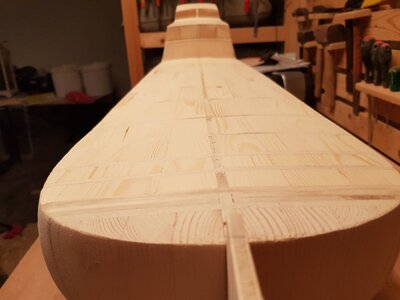 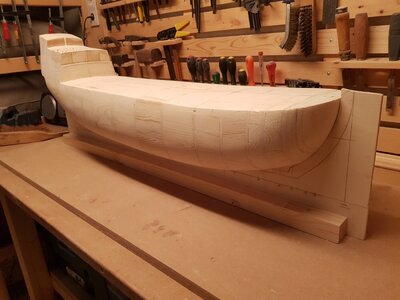 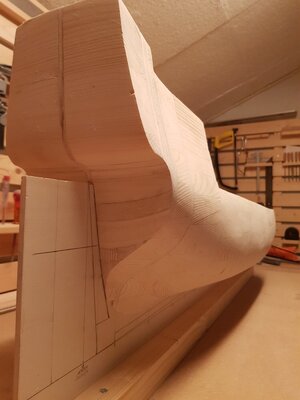 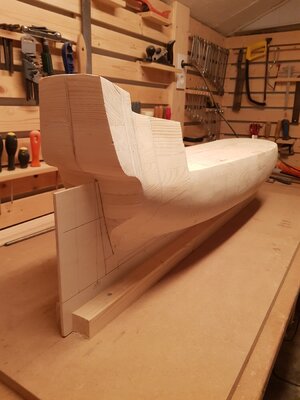 Wow, impressive start to your build. Good luck with it all, should be an amazing model with that scale.

Great to see a build of the 7 provincien coming up. I will follow with interest.

There is actually a 3rd set of drawings available from the NVM the Dutch modellers association , these are also used at the Batavia yard. So plenty to choose from and all slightly different.

I love the unique stands supporting the ship.

This is like the bread and butter builds that have been made so famous by the top Russian builders. I can't wait for the next instalment! It is great to see Het Land's Schip in progress.

As I remind Drazen had issues with his hull that overtime the planking cracked due to the solid hull shrinking and expanding differently then the planking. Did you investigate this with your solid hull construction to avoid you get similar problems?

frankieg said:
I love the unique stands supporting the ship.
Click to expand...

This method for including the threaded inserts in the hull was actually one of the reasons I elected this building method. Later the model will stand on 2 (decorated) studs not blocking the sight of and hopefully render justice to the shape of the hull/planking.
Last edited: Mar 21, 2022
You must log in or register to reply here.
Share:
Facebook Twitter Reddit Pinterest Tumblr Email Share Link
Top