De Zeven Provinciën was a ship of the line of the Admiralty of the Maze (Rotterdam) with 80 guns, the name of the ship was also written as De 7 Provinciën. The ship had a length of 163 feet (46 m), a beam of 43 feet (12 m), and a hollow space of 16.5 feet (4.7 m). The displacement was approximately 1600 tons and the ship carried more than 2000 m² of sail. The crew numbered more than 420 heads. The ship was built from 1664-1665 on the old admiralty shipyard on the Haringvliet in Rotterdam. The master builder was Salomon Jansz van den Tempel, a descendant of a well-known family of Rotterdam shipbuilders.

The name De Zeven Provinciën comes from the alliance that was concluded on January 23, 1579 between the 7 rebellious northern provinces of the Low Countries. This alliance is known as De Unie van Utrecht and was directed against the Spanish ruler.

The ship started its career as the temporary flagship of Vice Admiral Aert Jansse van Nes, after which it became the flagship of Lieutenant Admiral Michiel Adriaenszoon de Ruyter (1666-1674). It took part in the Four Days Battle of North Foreland (1666), the Two Days Battle (1666), and the Journey to Chatham (1667) in the Second English War. The ship also took part in the Battle of Solebay (1672); the double Battle of Schooneveld (1673) and the Battle of Kijkduin (1673). In 1674 it went on an expedition to Martinique under De Ruyter. After De Ruyter's death, it became the flagship of rear admiral Jan van Brakel in 1678. In 1691 Rear Admiral Johan Snellen was given command of the ship, he died on board that same year. The ship was also part of a combined Dutch-English fleet led by Edward Russel in 1692 where it was leaked by the French during the Battle of La Hougue. The last commander of the ship was Captain Evert de Lieffde, whose logbook from 1692 has been preserved. It was eventually sold for demolition in 1694.

The model is made from a Kolderstok kit. 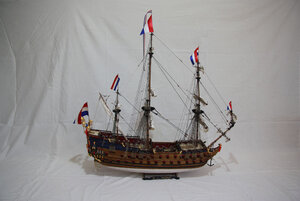 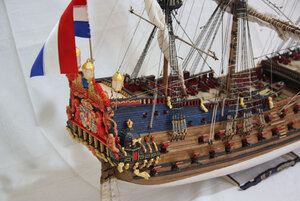 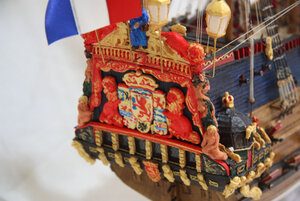 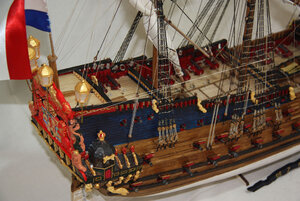 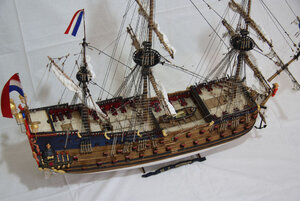 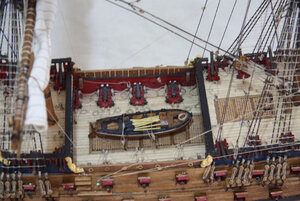 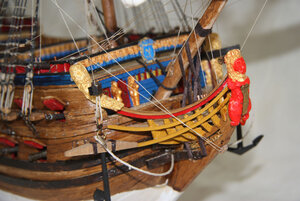 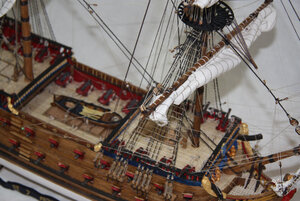 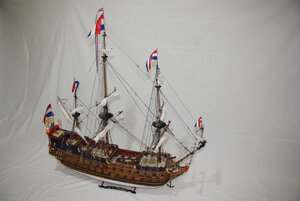 I can vouch for the difficulty level of the 7P and you did a fine job on her!

A very fine model - thanks for sharing with us

Dear Andre
it's looking beautiful
thanks for sharing with us