Just found this one by accident but for some reason i can't access the site again certainly a German site would like to know the name of the model i think it might be something to do with Wilhelm the German emp. You will notice that it is very similar to the Prince of Orange regarding the mid cabin if that's what you call it, the fire buckets and dare i say the stern looks exactly the same down to the label except there will be a different name on it and maybe the fwd section of the deck might be the same of what i'm looking for. If you can give me a link or name to try and get more pic's i would be very grateful. 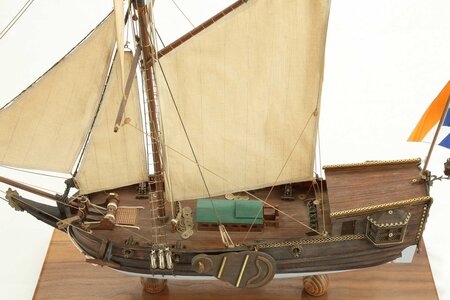 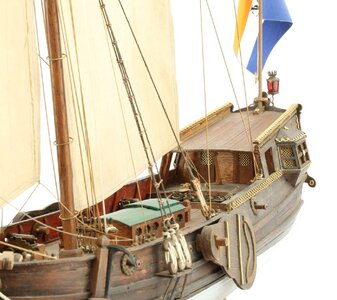 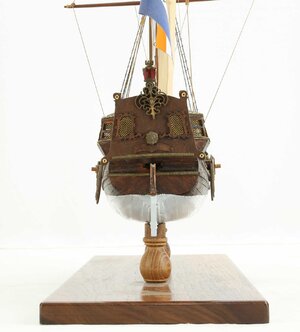 Henry that is the Dutch VOC flag so I'm not sure about the "German" yacht.

It took me two seconds to find the site. 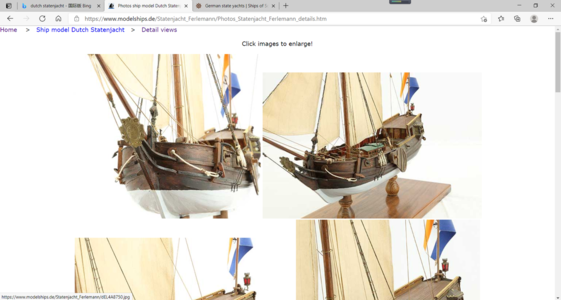 Gentlemen let me thank you all for your quick response and sorry for my late reply car wouldn't start and I have been running a bought like a headless chicken. I mentioned German because I was on a German site and I'm sure the name Wilhelm came up somewhere but that's just me with computers,I do have spares up in my Attic/loft but they are so old they work by steam might treat myself to a new one. Getting back to this one does anyone have a name for it, and I think it is more than coincidental that so many parts are similar to the PoO any idea's, apart from the extremities of the stern they are exactly the same ? Would love to know the name on the plaque Fwd of the windlass looks like three posts where the PoO. has a column in the middle holding the ships bell, would like to see a better pic of how the bowsprit is attached I think it's like PoO. there seems to be no attachment to the stem I.e no metal straps but maybe a plank between the posts or maybe like the model Max Emanuel bowsprit fitting on the plank.

Please call me or send an email, if you have questions or are interested in one of the models. Or use our contact form.

Heinrich many thanks for the link