I have two other projects going, but....


This will be my build log for a scratch-built, 1:32 scale, plank-on-frame, admiralty style model of "Hannah", purportedly the first armed ship recruited into Washington's navy during the Revolutionary War.
I've wanted to do a full hull scratch build at this larger scale, but what ship? The choice was not completely arbitrary. Even a 5th or 6th rate frigate in the Royal Navy would be 4-1/2 feet long at this scale, not including the bowsprit! Obviously I had to look elsewhere. I settled on Hannah because it is significantly smaller (this model will be 24" long with a 6" beam) and there was a lot of documentation out there regarding the model. I have Hahn's book as well as his plans for "Hannah" to use as a reference. The actual building plans were drawn by Bob Hunt, based on Hahn's original drawings, and were done in 1:48 scale. I had them resized to 1:32. The drawings show each individual futtock and include detailed drawings of each frame, including bevel lines. The model will be built in an upright jig, as was my 1;32 Armed Virginia Sloop and my 1:32 "Blandford" cross section. The frames, stem, keel and stern will be boxwood. I'll decide on other woods as I move along with the build.
Thanks for looking in! Here are some shots of the plans and Bob Hunt's "Hannah" model along with a link to his website. https://www.lauckstreetshipyard.com/ 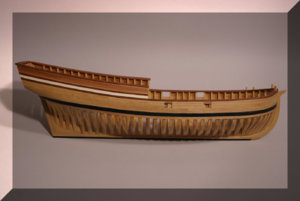 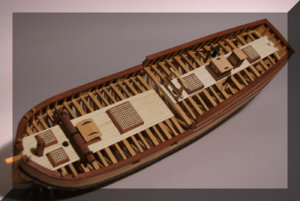 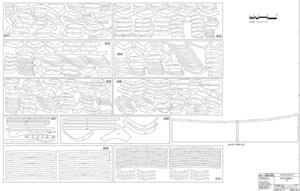 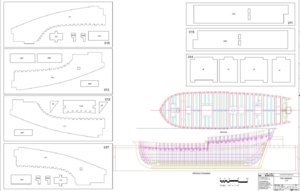 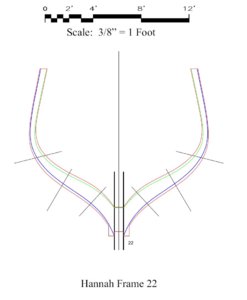 Where do you find time for all this? I will be watching.

mrshanks said:
Where do you find time for all this? I will be watching.
Click to expand...

He is retired though Lol
M

zoly99sask said:
He is retired though Lol
Click to expand...

mrshanks said:
I am retired too!!!!
Click to expand...

You guys are timeless! Lol

I get bored easily. When that happens it's great to have something else to work on for a bit!

Excellent news Dave.
From one bored retiree to another, lets get started! (you building, me watching)
Looking forward to your log
.

Looks like fun, Dave. I'll be watching closely as I am hoping to do a fully framed build sometime in the near future--or not so near...
Eric

Thanks for looking in, guys!


I started working on the model by milling my wood. The frames are double frames, sistered together. each half-thickness frame is 9/64" thick, with a finished frame thickness of 9/32". almost all the billets are 9/64" thick. The stem and keel are supposed to be constructed of two thicknesses also, but I simply made them 9/32". The photos show some of the milled wood, my keel blank with the false keel attached , the stem and the template for the keel scarf rubber cemented to the keel blank. 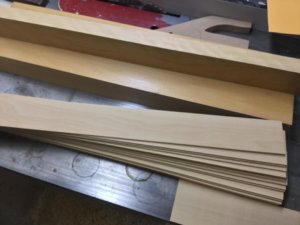 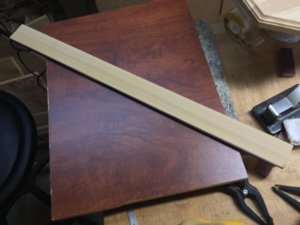 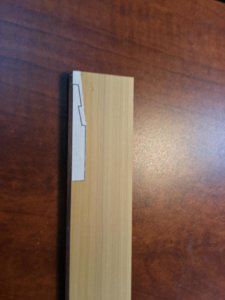 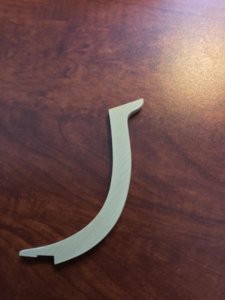 Hi Dave,
Looks like a good start on another fine model. Are you going to add internal details, masts and rigging?

Thanks, Mike! I am thinking about it! This is going to be a slow build. I've got other things on my plate also!

They would add a lot to the model, since she is a small ship it wouldn't add much more time to the build and you can always get a bigger plate lol.

You're convincing me Mike! I have a larger plate on order!

I question making the stem out of a single timber. Both Harold Hahn and Bob Hunt left the stem as a single timber. It's a large piece of wood with a pretty serious curve in it. I doubt that a large enough tree could be found with the natural curve in it to serve as the stem. If the stem were cut from a single straight timber , that piece of wood would have to be almost 6 feet wide! I doubt there were many trees that were more than 6 feet in diameter while being suitable for shipbuilding! My conclusion it that the stem would almost certainly be scarfed together. Here is a proposed scarf for the stem. I have no real plans that show this...it just makes sense to me. Thoughts? 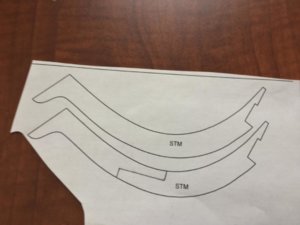 If I allow, here is the stem I suggest. This typically seen in small vessels (like tenders). I am not good at drawings, but you may get an ideia 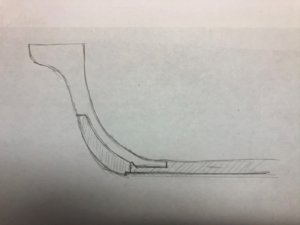 Thanks, Jim. I don't want to redo the stem, and I like the scarf joint that is in the plans between the stem and the keel. Jeff Staudt added a scarf like I suggested on his "Mediator" plans. I think I'll probably go with what I drew on the plans. 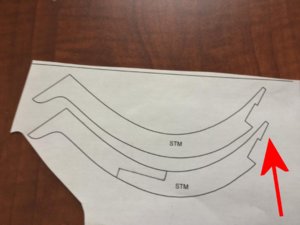 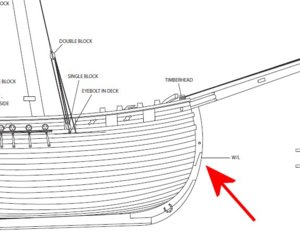 Great start Dave, can’t wait to see what you do with this one.