I know that Trident and CAF will bring both ships in my favorite scale and much more detailled, but for a small diorama the models are to big.
So I decided to build the diorama with the paper models Shipyard offered. They have some small mistakes, especially Le Coureur needs some modifictaions, but a dioramaI think that the impression of the small story is much more relevant than ervery small detail of the ship.
I tried two times to build a model from paper without success, so I hope that the third try will much more successfully.

Yesterday I started my project with building the small cutter Alert.
First step was glueing the bulkheads together and painting the edges black. 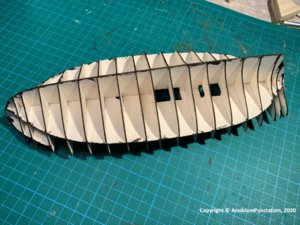 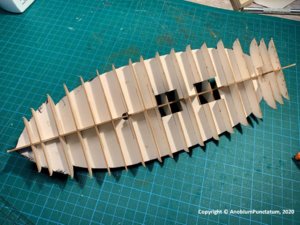 Before I continue withe paper, I decided to fill the space between the frames with basswood to get a smooth hull. 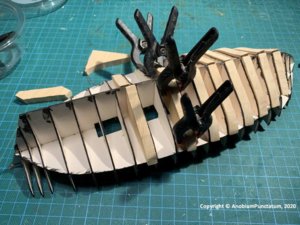 This step will need some days, so you have to be alittle bit patient until I can continue.
Last edited by a moderator: Mar 23, 2020

Many thanks for starting your build log. The question is - why would you paint the edges black? Because you will fair after fillers installed or?
A

yes, fairing the hull is the reason for painting the edges black.

Hallo Christian,
many thanks for starting this building log with the two interesting models.
This is a really interesting project you follow here - a diorama of both vessels - great idea and I will follow with big interest.

For everybody also interested in the historical background, take a look here: 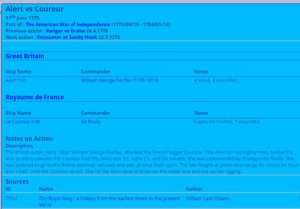 and also the description in wikipedia, which is describing the complete action inclusive the french Belle Poule and HMS Arethusa etc. 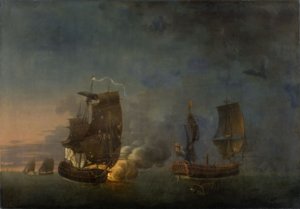 Nice to see another paper Shipyard kit being built. I’ll be following this!

Great thung to see you working on this diorama, Christian! So you are going to build LE COUREUR before the RN-refit? That isvan interesting project - in particular as Ancre's planset shows her after the refit but with help of the NMM's plans and the kit it is possible to come close to the appearence you would expect unter the pure blance. I still have the old shipyard kit in 1/72 on the kits pile... hill.

Highly interestested to see your building progresses and get the great historical knowledge you do share so often.
A

In the moment I have no progress. I am in the moment at home in Germany where I have the possibility to work on my main project.
After ending of the Corona crisis I hope I am back in the Netherlands and working on the diorama.