Here are some screenshots of my Investigator reconstruction. 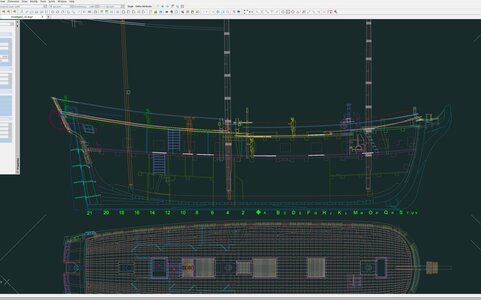 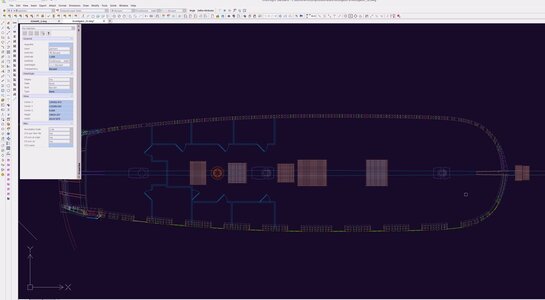 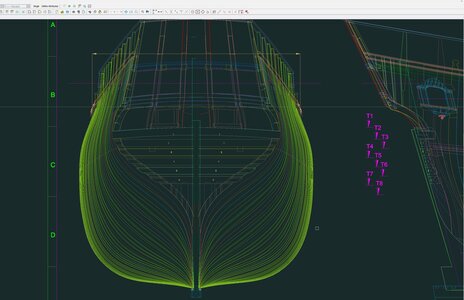 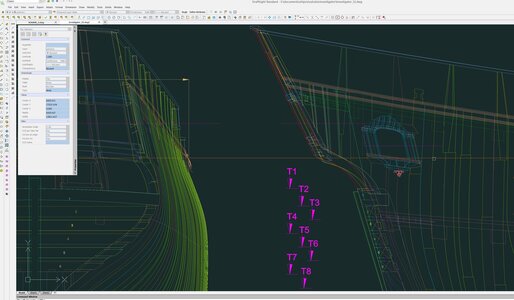 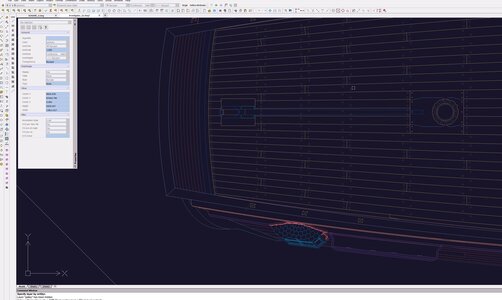 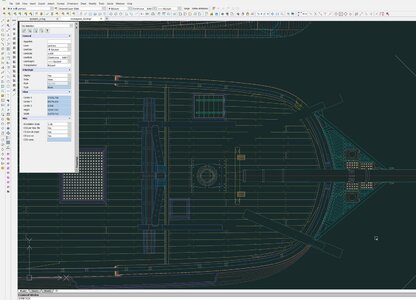 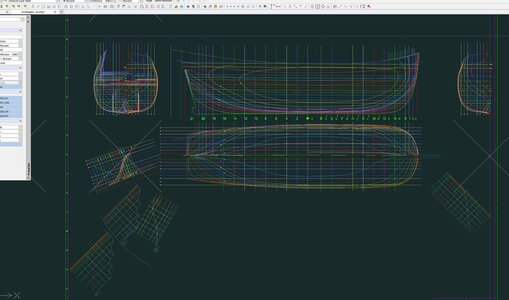 It seems literacy should not be in question, rather the use of modern colloquialisms. (and regional or national usages)

It was not meant to be offensive but attempted humor. Anyhow according to a good dictionary one who drafts documents is a draftsman and he who draughts plans is a draughtsman. Perhaps that is why the plan of a ship is referred to as a draught. Well I that's how I spelt my occupation when I started work 50 years ago. Ha ha
E

I’m certified in Industrial Arts instruction. I decided to finish up after life, and children got in the way. I completed my degree when I was 52, and during my time at Uni, I was continually shocked at how “degraded” the quality of education felt. A huge amount of what I was being taught, I already knew, simply by having lived for 30 years longer than the kids.

I graded university level papers that used “text speak” and were so disjointed that they were virtually indecipherable.

I had an entire curriculum centered around the need to be literate, even IF the kids were quite happy with the idea of being in the trades their entire lives. A research paper, in a woods class? GASP!!

I grew up without a television in the house. My parents finally bought one in 1982. I watched the moon landings at a friends house. I watched Star Trek at the university Student Union. And, I amassed books. I have thousands. We have a TV, but it’s rarely on. (We watched more TV in 2020, than in the previous 20 years combined…)

I’ve gone off on a tangent, but to loop it back around, I DO appreciate the proper usage of language. But, I’m also cognizant of the evolution of language.

If I understand what a person has stated, regardless if it was grammatically correct, I understand and move on. I do not correct or judge them. Elitisms does not unite people. It is divisive.
P

Hi alpayed - mate those drawings are absolutely magnificent. I don't think I have seen such a set of fair lines as in your third post.

I checked out the program you use and see that it is by the same company that sells Solidworks which I have been labouring away at for the past year with varying success and have moved to fusion360 for a break and find it a bit more user friendly but early days yet - probably got a bit to do with the 70yr brain driving. Unfortunately I see that the program is another subscription model which I have difficulty with - like to own it and have it here on my PC rather than at the mercy of the cloud.

Could I enquire as to how long you have been using CAD and also how long did the HMS Investigator take to get to this stage??
Cheers Pete

Hi Pete. Thanks for the comments.
As you can see from my previous comment I started as a draughtsman in 1970 and retired a couple of years ago from mechanical designing. Moved into CAD in the 80's. Autocad, Cadam, MicroCadam Inventor etc. Dassault Systemes ripped of Autocad when Autodesk abandoned it. I don't know the actual arrangement. They ran with draftsight as a freeby for a number of years and now it is via a subscription. I would have to say it is the most stable CAD program I have ever used. It's well worth the subscription. It is also installed on your hard drive and only authenticated via the internet. I wanted to develop the Investigator plans from first principles. Rising floors breadth sweeps, harpins etc. so its 2D. 3d is not really suitable to do that. I could probably take the lines and develop a 3D model but I am not going to 3D print anything. I have been working on the Investigator for about 12 months in between health issues and other interests. My current build is Danmark and I got side tracked into rigging plans for that after I broke my Shoulder and back. One handed model making is a bit hard Ha Ha. This project started when I was looking for plans of Investigator for another modeller. What I found did not excite me and decided those plans were not accurate. The project continues. 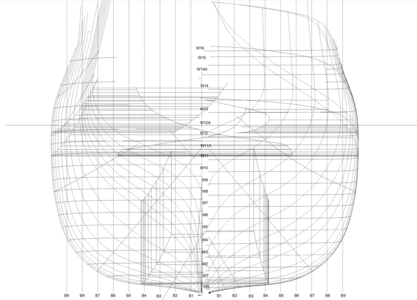 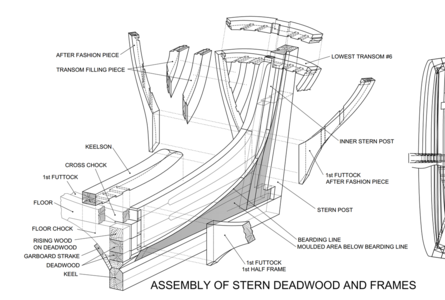 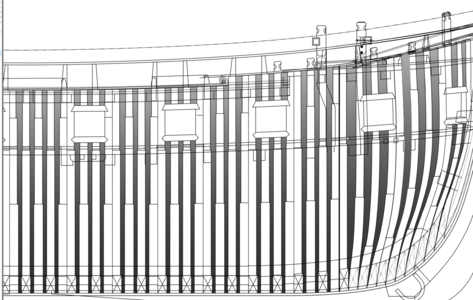 Hi Allan - Thanks for your quick reply the drawings reflect that 40 years of experience. I might have a look around and see if I can find a pre-subscription copy of Draftsight. I noticed that the program has a .pdf import and convert to editable .dwg files facility- I've tried a few other programs claiming the same but were lacking when put to the test - Could you tell me how DraftSight performs in this regard.
Cheers Pete

Hi Allen,
How did the plans finish up? I intend for my next build to the Investigator but as you mention the available information is not the best. Do you have any intention to sell your work? Hope to hear from you soon,
Cheers, Peter.

Hi Peter. The plans are still in progress. I am currently working on the rigging plans. The hull, masting and most of the fittings are completed. The standing rigging is nearly complete. I will post some low res pics soon. The A0 plans in high resolution pdf are too big to post.
Allan.

Here are some preliminary drawings.
The last pdf is part of the standing rigging drawing at full resolution.
Allan 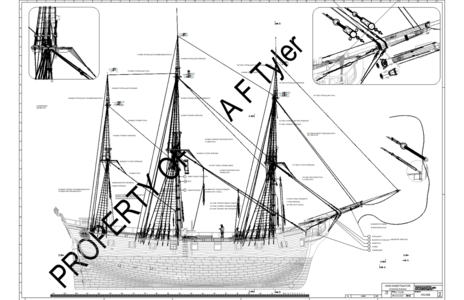 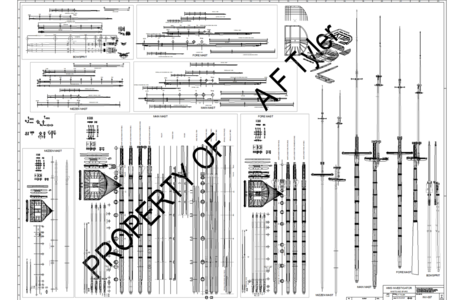 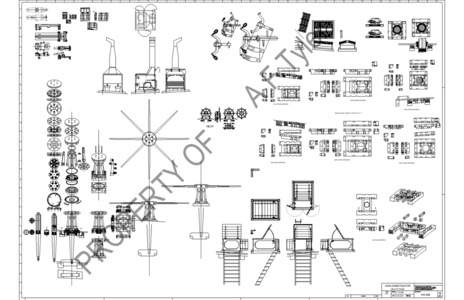 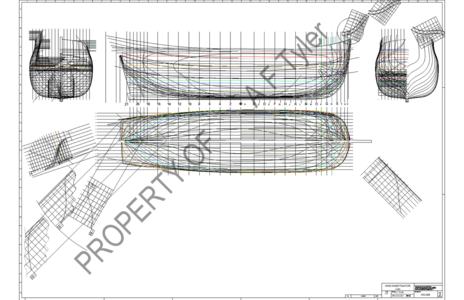 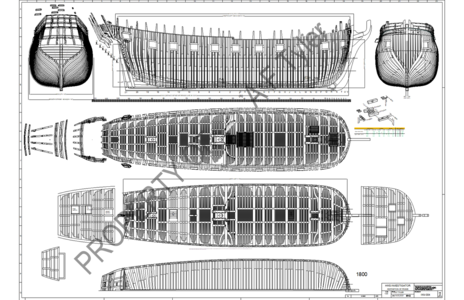 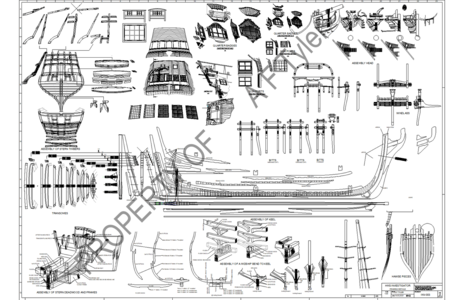 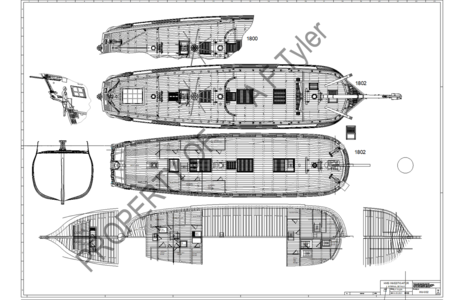 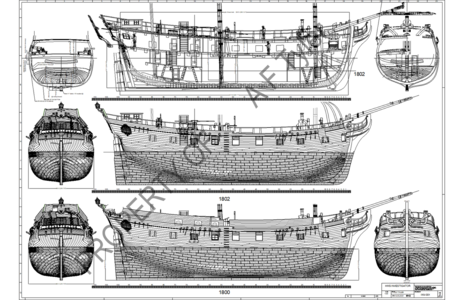 Hi Allen,
Thank you for your prompt response to my post. Your drawings look exceptional to me, on a par with Karl Marquardt's anatomy of the Endeavour. I grew up in the bottom part of Australia in the fifties and when I remember the wildness of those coastlines I think of Matthew Flinders and others who sailed in those then uncharted waters. He and Cook were my heroes, and still are although, I note sadly, that I am in a rapidly diminishing minority today. If your drawings ever become available for purchase, I would be grateful if you could find the time to contact me.
Cheers,
Peter

Fantastic plans, can imagine the amount of work involved making this.
Hope you also plan to build this model in the near future. Looking forward to it.

Maarten said:
Fantastic plans, can imagine the amount of work involved making this.
Hope you also plan to build this model in the near future. Looking forward to it.
Click to expand...