"And is it not scary for you to board the ship? After all, so many people died in shipwrecks!" This is the logic of the layman. "Aren't you afraid to go to bed? Even more people have died in bed." That is the answer of the sailor.
Gyula Illyés (Hungarian poet) 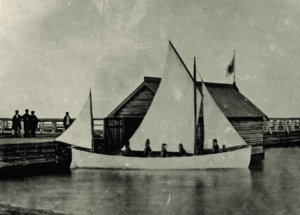 ​
Based on my personal impression and quality of the kit contents, I think this may be a really good project for a couple of weeks (depending on your skills)

The scale is large enough to work with. Wooden parts are made from precious timber; steel components are made from brass by photo-etching (PE), belaying pins made from brass wire. Sewn sails included. Although Kit doesn't have an English assembly instruction, it comes with a photo, step-by-step illustrations. The kit recommended for beginners and suitable for kids 12 years old an above.

In the end, the finished model should look like the photos sown below, but there are many ways to make your model unique! (pictures courtesy of LSModel) 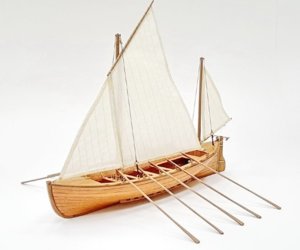 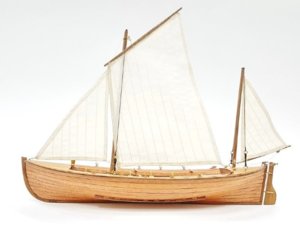 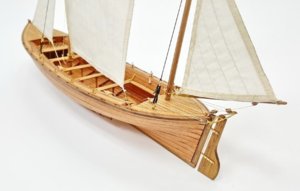 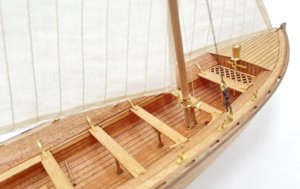 VERY INTERESTING JIM THANKS FOR THE THREAD. Don

A bit of history:

On July 3, 1871, the Charter of the Society for Rescue on The Waters was approved by Emperor Alexander II and the first Chairman of the Board was elected an outstanding navigator and statesman of Russia, Vice Admiral Posiet Konstantin (1819-1899). The Most Important Patron of the Society from its inception until its forced liquidation on October 15, 1918, was Grand Duchess Of Cesarevna, later Empress all-Russian Maria Fedorovna. By the beginning of the twentieth century, the Society had 2,000 rescue stations, 10,000 rescue posts, 2 marine rescue stations, four motor yachts and dozens of sailing rescue vessels.

The rescue boat "Ksenia", the White’s system’s Whaleboat was used on the inland waters of Russia. P.N. introduced this type of boat to the staff of boat rescue boats. White's rescue Whaleboat was built of mahogany, distinguished by good seaworthiness and increased stability. Sailing armament allowed them to maneuver on small expanses. The size of the Whaleboat was 10 meters long, 2.6 meters wide. White's rescue Whaleboat had air boxes/dry compartments filled with cork to ensure buoyancy and unsinkability. Even when the water was full, the Whaleboat remained afloat with the rowers and passengers. 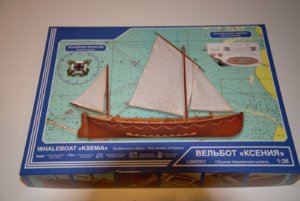 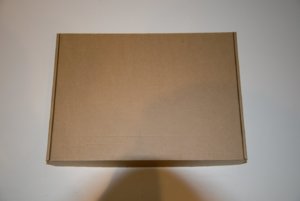 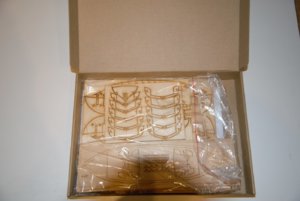 The base assembly is plywood (dry and flat), There are some laser char on one side. The cutting line is reasonably thin. 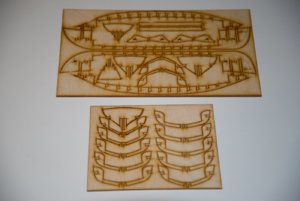 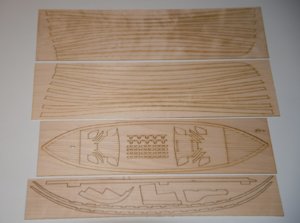 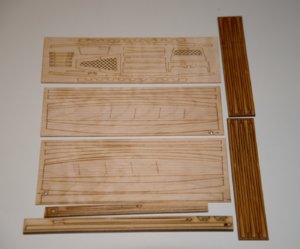 ready to use sewed Sails and ropes 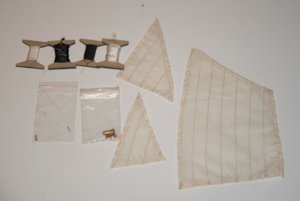 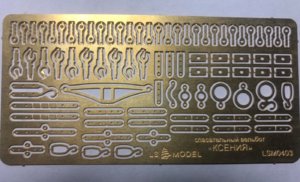 The last part will be the instruction and parts contents listed and labeled. To be continued...

...and the last part - instruction. As I said before, international builders will not find Instructions written in English. However, well-made color photos should definitely help in the building process. 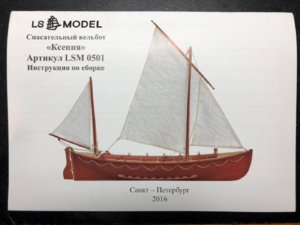 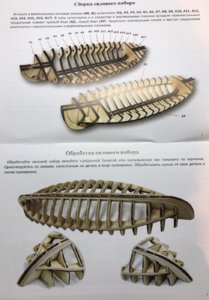 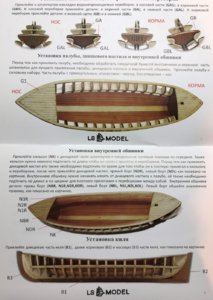 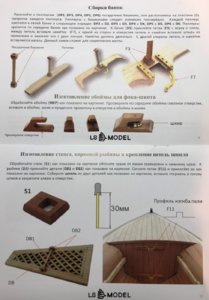 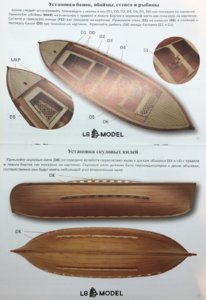 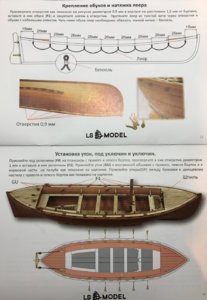 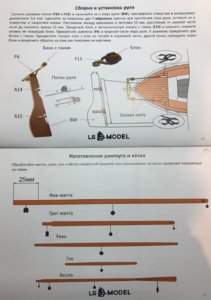 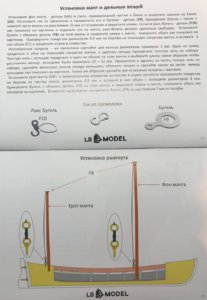 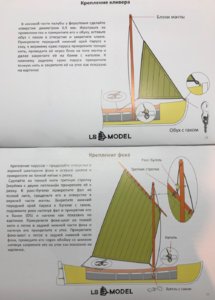 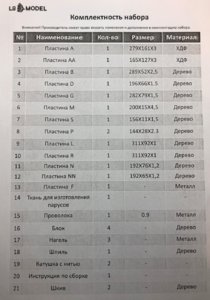 I hope this was somehow informative and will help you to make a decision. Enjoy and happy modeling!

G'day Jim, it looks like a nice kit, nice photos for construction help,

Many thanks for the informative kit-review. It is looking like a nice built in between.
D

JIM WHAT IS A ( WHITE TYPE WHALE BOAT. Don

Hi Don, many thanks for your interest. This is Mr. White's system whaleboat. He is the designer and invented this rescue boat with air compartments filled with cork to ensure buoyancy and unsinkability. Even when the water was full, the whaleboat remained afloat with the rowers and passengers.

Yes, Knut. The kit should suffice both: novice and experienced builders. While I have not built this kit (yet), the first appearance and impression of this kit, it should be a nice model (without bashing). However, there are some ways for improvements, Take a look at the model made by Usupov Rinat (photos courtesy of Karopka.ru) 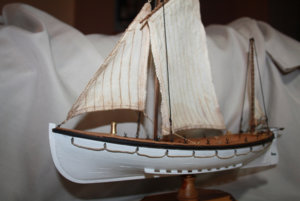 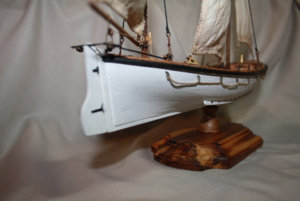 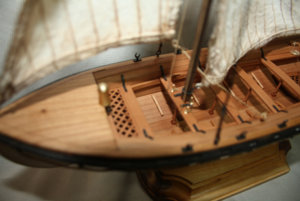 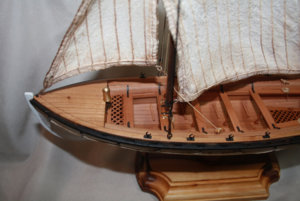 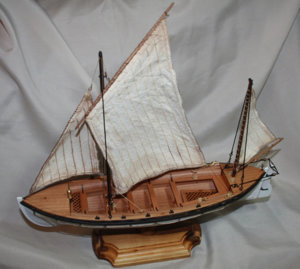 Hi JIM, What is the price in U.S. Dollars, interesting as next month I will start on CHRISTMAS PRESENTS AND THIS ONE WOULD MAKE A GOOD GIFT, NOT TO COMPLICATED BUT ENOUGH OF A CHALLANGE, IT WOULD MAKE A NICE FILL IN BETWEEN MY BUILDS. THANKS FOR REVIEWING THIS KIT Don

donfarr said:
Hi JIM, What is the price in U.S. Dollars
Click to expand...

I didn't find any US-based distributors for this model and bought it directly from Russia on eBay. The shipping is way expensive, though. 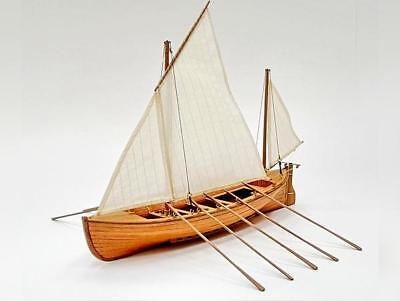 Find many great new & used options and get the best deals for LSM0501 Wooden kit Rescue whaleboat «Кsenia», Scale 1:36 at the best online prices at eBay! Free shipping for many products!
www.ebay.com

Jim just looked it up with the link you gave, the shipping was $25.00, is that correct with something like $53.00, not a bad price. THANKS AG Don