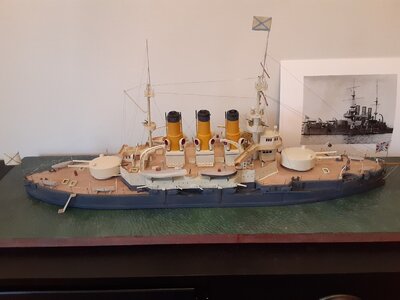 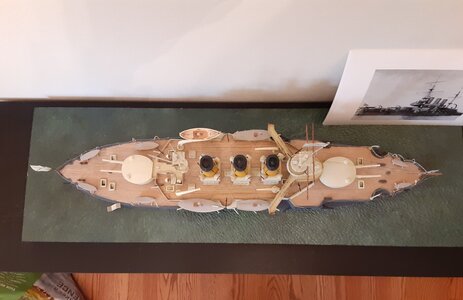 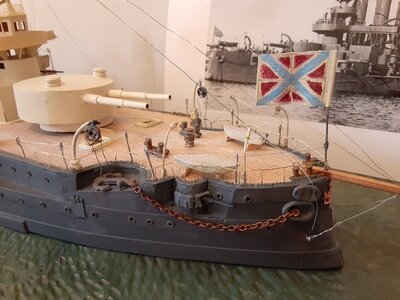 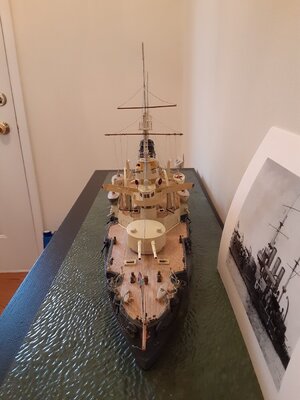 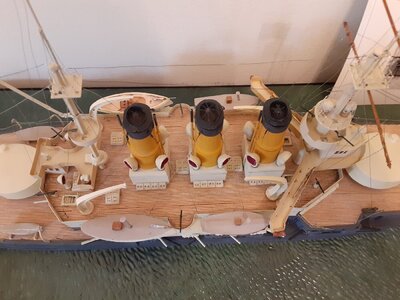 WOW - and I love the water effect - very realistic.
B

Thank you. Many, many gouges with a carving tool. Then paint...mixed greens and blues, some black I think. All covered with a gloss spray. I created the "water" base panel in 1986, stored in a crate in a hot Maryland attic all this time, then brought out finally in 2020. Model itself was about one third finished at that point as well. I would say, it held up surprisingly well.

Nice! Where did you find the Franco Gay plans? The only plans I've found were pretty simple and from a Soviet model magazine.
B

I ordered them through a model ship plans company in the mid 1980s. It may have been Taubman Plans Service, not sure. Franco's plans are magnificent, and very easy to follow. He drafted several plans and marketed them, at least six or seven as I recall.

Now I use a book called The Encyclopedia of Battleships, and Jane's, to scout out new modeling prospects (predreadnought ships). The colored drawings are magnificent. Like being in a candy store. Then I go online like everybody else, find plans of what I want, blow them up and try to make sense of it.