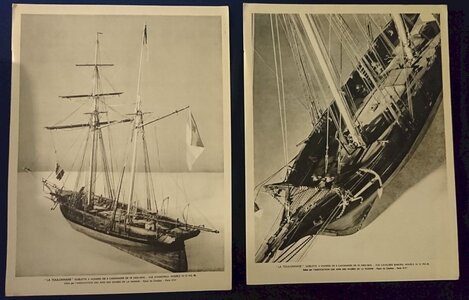 This schooner is a two-mast vessel with jibs and fore and aft sails. The foremast may have a topsail and a topgallant, which is the case of the Museum model.

This very elegant small vessel was launched in Toulon in August 1823. She saw action particularly in Spain and sailed until 1843, at which time she was decommissioned.

This schooner was built to take part in the Spanish expedition. Guardian of Barcelona, she participated in the cannoning of the port facilities of Cadiz, in August 1823, as can be seen below (in a photo of time):

She returned to Toulon December 2, 1823 and left on January 9, 1824 to contribute to the repression of the slave trade on the coasts of Africa.

She returned in August and sailed from Rochefort on August 21 for Spain to St Sebastian and Port du Passage before returning to Toulon, where she left on January 18, 1825 to participate in the operations of Algiers. She returned on February 13th.

She left on March 27 for Senegal and returned to Brest on August 10, 1826. She left on October 19 and her trips led her to Cayenne, Martinique, Newfoundland.

In 1832, when returned to Brest, the ship was subjected to a complete overhaul: substitution of part of the internal and external gunwales, the gutter fur and the plating of the bridge, as well as the total reconstruction of the superstructures of the bridge. His sails were considerably modified.

On March 31, 1834, she sailed for Newfoundland and anchored on May 5 in the harbor of St. Pierre and Miquelon.

She remained in the West Indies.

In 1836 it was the subject of a new campaign of repairs at Fort de France: the hull and the walls were fully restored.

She took the sea to cross durably in the waters of the Caribbean to fight against pirates.

Finally, she returned to Brest in 1843 where she was removed from the lists of the fleet on December 18 because the cost of repairs was estimated at more than 2/3 of a new construction.

Sources: SHOM (administrative public institution under the supervision of the Ministry of Défense), Colonial and Maritime Annals, and Bulletin of Laws.
J

This is the kit, a lot of missing parts, kit I spotted in a Secondhand Shop for $35 a decade or so a go, different times back then :/ 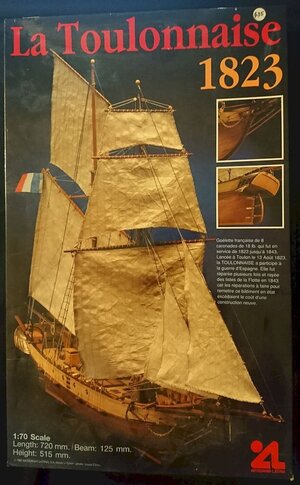 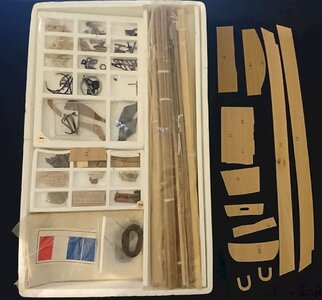 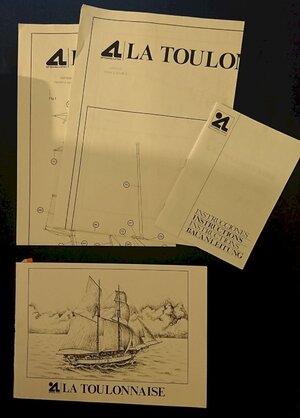 I was able to secure the following documentation from the French Association of Friends of Naval Museums. It included a very large plan showing the construction of the vessel including water lines in both profile and cross sections, deck plans etc. 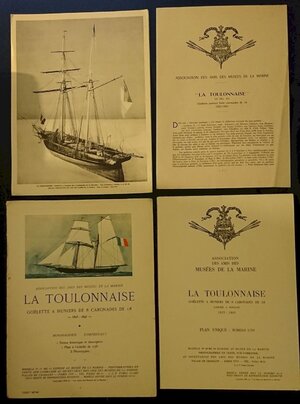 I was able to scan the plans using my A4 scanner and compiled them using a program from Microsoft, apparently not many people know about it, but it is excellent, and free.

The usual way of downloading it has been shutdown by Microsoft, but it is still available as you will see by a post at the link.
J

The resultant composition I was able to upload into TurboCad to reproduce accurate Stations for the production of the missing bulkheads. And to produce the false keel and deck and other missing parts. A lot of checking and adjustments had to be resolved. I found greater accuracy by compiling each view separately and importing each individually and aligning them to each other accordingly. This allowed adjustments in skew and scale and also minimize scanner lens anomalies. Best to adjust the image scale to full size ship dimensions for working on, then print to a chosen scale. 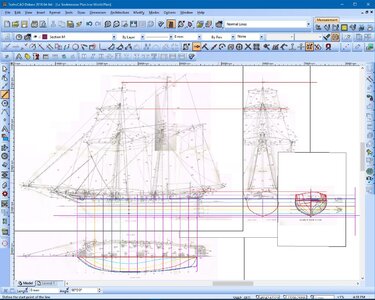 Currently working on importing scans of AL HighTech Cut drawings I found on a website in France, scale them into the TurboCAD plan and print them out for cutting the plywood.
Last edited: Nov 21, 2021
J

How does one change the Thread Title it should have been:

Jeff W said:
How does one change the Thread Title it should have been:

Jeff W said:
How does one change the Thread Title it should have been:

I modified the thread title
J

zoly99sask said:
I modified the thread title
Click to expand...

Thanks for that, I assume only admin can do this, and that we don't need "Build Log:" anymore?

Jeff W said:
Thanks for that, I assume only admin can do this, and that we don't need "Build Log:" anymore?
Click to expand...

Never been necessary ,not sure why many members naming their thread/build log Build log,it should start with the Ship name ,ship type,manufacturer ,scale,here is an exemple:

zoly99sask said:
Never been necessary ,not sure why many members naming their thread/build log Build log,it should start with the Ship name ,ship type,manufacturer ,scale,here is an exemple:

Thankyou for that.
J

zoly99sask said:
I modified the thread title
Click to expand...

Spelling mistake, should be schooner

zoly99sask said:
Never been necessary ,not sure why many members naming their thread/build log Build log,it should start with the Ship name ,ship type,manufacturer ,scale,here is an exemple:

There was a direction to do so some time ago, maybe a carry over from the previous site maybe? Anyway, I'll remember to format Thread Titles as you directed.

To have a look at some French ships see Uwek's post (includes the La Toulonnaise) follow this link:

Here are some pictures of the model of the La Toulonnaise in the French Maritime Museum. I don't think we can see them online there anymore. 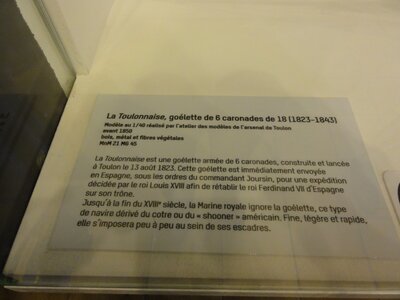 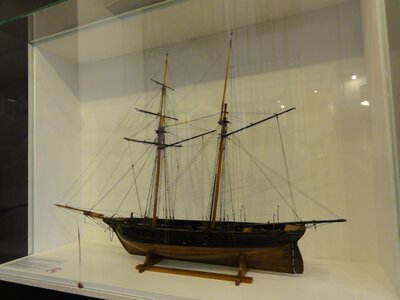 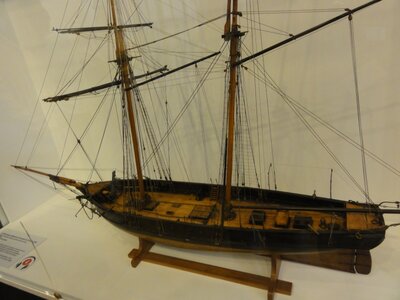 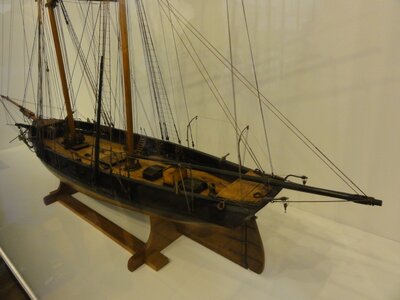 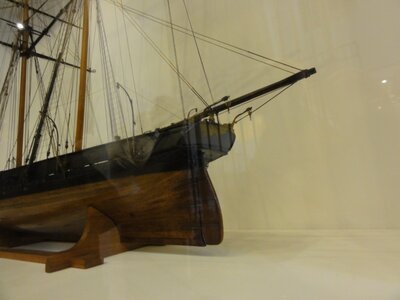 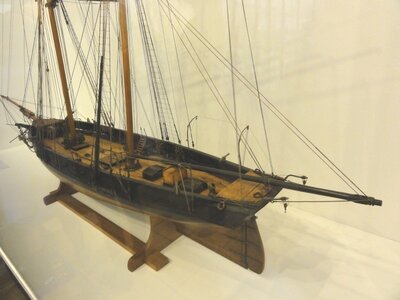 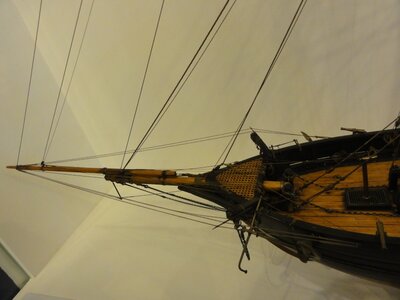 Comparison between the Artesinia Latina deck plan and the French Museum model plan. As you can see, the museum plan is more detailed with some notable differences. The AL plan does have some features which could possibly be transferred to the Museum plan. Any suggestions? 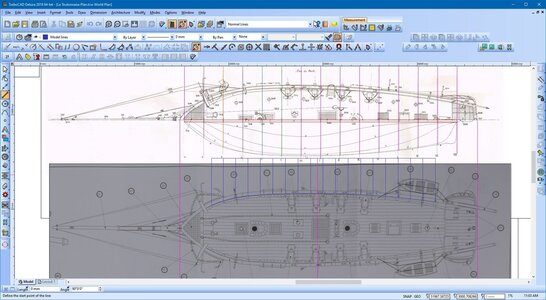