A team from the National Oceanic and Atmospheric Administration made a remarkable discovery, a previously unknown mysterious 19th-century shipwreck. 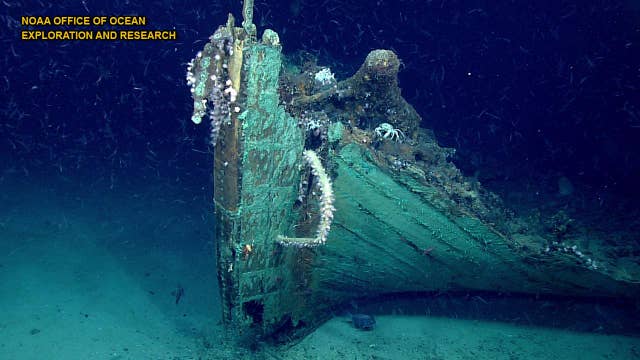 While testing underwater drone equipment in the Gulf of Mexico, a team from the National Oceanic and Atmospheric Administration made a remarkable discovery, a previously unknown mysterious 19th-century shipwreck. The remains of the hull are more or less intact up to the water line, according to...

Thanks Jim! That was interesting to say the least. Did they say at what depth it was at? I was so busy watching the footage I missed most of the written commentary. Pretty cool seeing how the copper kept it almost intact below the water line.

HUM, what would a ship have number on rudder for? 2109, builders hull registration maybe?

Information and photo taken from CNN:

The wreck of what appears to be a mid-1800s, 124-foot-long (37.8 meters) wooden sailing vessel was first picked up May 16 by sonar on the ROV, named Deep Discoverer. Construction features such as the form of the stern and bow, the body of the hull, and the remains of the windlass gave hints that the vessel was built in the mid-19th century.
The discovery was made about 160 miles from shore, near the edge of the Florida Escarpment, in about 500 meters (1,640 feet) of water, officials said Thursday. The escarpment is a steep slope on the west coast of Florida where the sea floor plunges rapidly from relatively shallow waters.

While the vessel's rig, trade, nationality and crew remain a mystery, there is some evidence that the ship "caught fire and was nearly completely consumed before sinking," NOAA explorers said. Exactly when that might have happened, though, is still an open question. 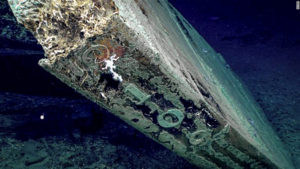 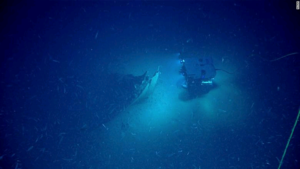 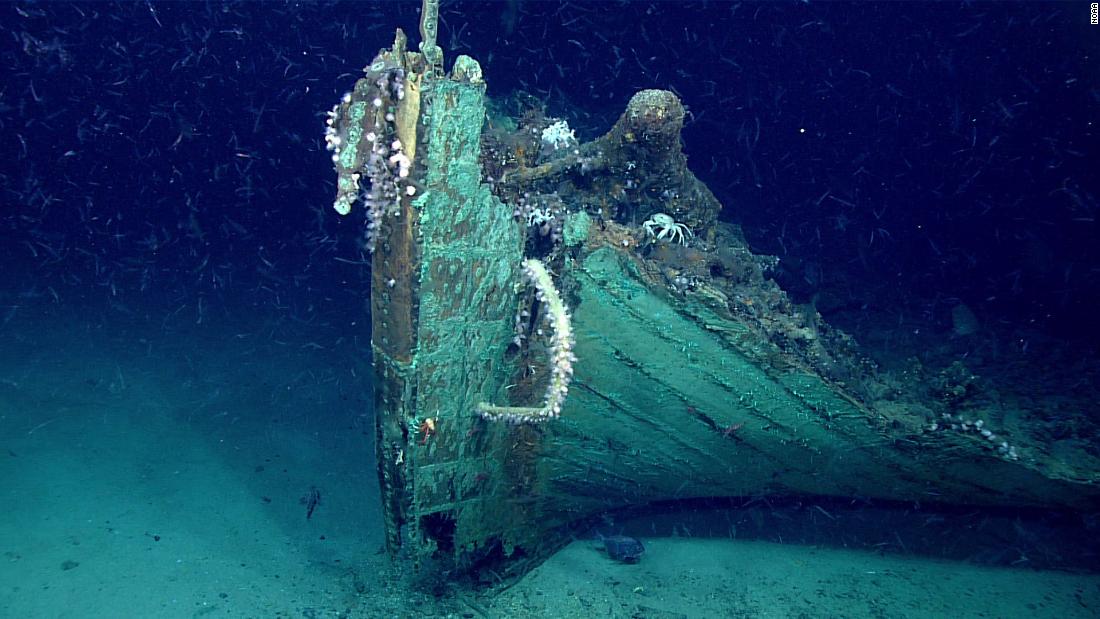 While NOAA tests a remotely operated vehicle in the Gulf of Mexico, it discovers a shipwreck of what appears to be a mid-1800s, 124-foot-long (37.8 meters) wooden sailing vessel.

One online report I did says they also got photos of various metal parts and items scattered around the vessel on the sea bottom. They hope to make a mosaic with all the photos and video taken to help researchers attempt to identify the ship.

Very interesting finding - I have my doubts, that they will find out which ship it was, only based on the remainings of a vessel, burnt down to the waterline.
Copper sheating was in the mid 18th century normally used only from the navies, and not very often used on merchantmen ........ we will see
Many Thanks for sharing this information