New on your bookshelf ..... show it here

Sorry, this book is availible in french only until @Gilles Korent will be in action to translate

. There is a lot of text and many importants informations inside.
Its very hard to translate and to get the important informations. But the book is only for french shipbuilders.
Last edited: Apr 15, 2020 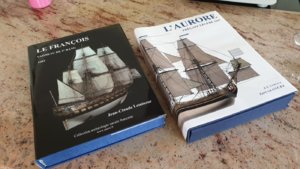 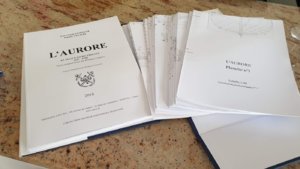 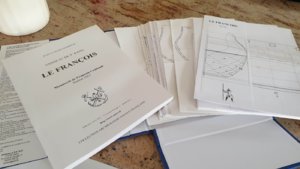 Great Monographs - I am surprised, that you have the french version of the Le Francois, which is already available also in english.
For everybody interested in the detailed content, please take a look in our planset-review area

Planset Review: LE FRANCOIS 5th class vessels built in Toulon 1683 (from a manuscript by François Coulomb) by J.C. LEMINEUR Planset in scale 1:48 is available at ancre in french, italian or spanish language. An english version is planned. Also available is the planset in scale 1:36...
shipsofscale.com
and

Planset Review: L'AURORE FREGATE LEGERE - 1697 in scale 1:48 by Jean-Claude LEMINEUR available in english, french or italian language directly from ancre also since a shorter time drawings are available in bigger scale 1:36...
shipsofscale.com
Two beautiful and interesting ships - I am a big fan of the Francois btw

@Uwek
I was surprised as well. I bought the english Mono, the label on the package shows it as well. But it was the french booklet inside. Didier will send me the english booklet and i can keep the french.

Olivers Historic Shipyard said:
@Uwek
I was surprised as well. I bought the english Mono, the label on the package shows it as well. But it was the french booklet inside. Didier will send me the english booklet and i can keep the french.
Click to expand...

Such things can happen - but very good, that ancre is making a very good aftersales-service - BTW: I am getting soon the english version of the booklet, which I ordered also..... Enjoy your new beautiful publications
G

Oliver!!
And I truly believe that extending one's education / knowledge through this type of work, published by ANCRE or any other such publisher, is as important a part as being able to built a model: even if the subject is not the ship the modeler is building. There is a lot to learn...
Good on you.
G.

Yes Gilles, abolutely. I think ist important to know and understand the contemporary techniques and the knowledge to get a better result. Not all what i can find in a drawing is correct. Not all information are drawn. There are sometimes big areas who give you a lot of space to interpret the goal. More knowledge you have, more you have the chance to build a "correct" model. I build 17th century at the moment, but i want me to dedicate to the middle/late 18th century. Its also interesting to see how everything fluids and are connected together. 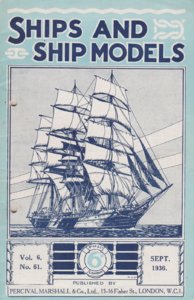 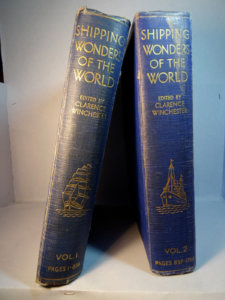 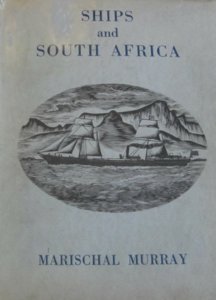 Today I received two new books - will be part of my "Model Shipwright"-collection. I was looking for the HMS Minerva (cover page of the 2012), so I found these publications interesting 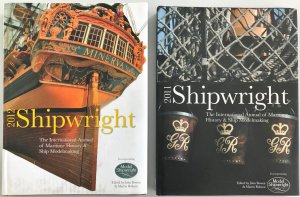 Synopsis:
The third edition of a new, full-colour annual focusing on all facets of 'scratch-built' model shipbuilding. Highlights of the 2012 edition include an exclusive interview with Simon Stephens, Curator of the Ship Model Collection at the National Maritime Museum; an article by David Howell, President of the Royal Society of Marine Artists; and an article by Peter Goodwin, who has provided a fascinating account of the practice of firing broadsides in British men of war, based on empirical historical investigation. In addition, an exciting gallery section presents a selection of new photographs of the NMM's outstanding range of ship models, and Dave Wooley gives a detailed report of exhibits at Intermodellbau Dortmund, Europe's largest model show.

Builds include John Laing's interpretive model of a pilot cutter with an intriguing ancestral link; Malcolm Darch's meticulous construction of the 38-gun frigate Minerva, based on extensive primary research; two exquisite miniature vessels by regular contributor Robert A. Wilson; a crewed model of the expedition sloop HMS Swallow; Neil Howard's account of a distinctive turn-of-the-century steam trawler; Ian Hunt's majestic four-masted barque Sindia, the culmination of a fourteen-year-long build; a museum-quality build of the Soviet aviation cruiser Kiev, and a 1:64 model of the modern sail training ship Tenacious. The Annual is rounded off as usual with Book

, reviewing the year's modelling and maritime titles. Fully international in scope, Shipwright is an essential volume for any dedicated ship modeller or maritime enthusiast.

Synopsis:
The second edition of a new, full-colour annual focusing on all facets of 'scratch-built' model shipbuilding, as well as related articles on restoration, archaeology, historical research and marine art. Twenty articles describe, explain, inform and inspire, illustrated with modelmakers' own photographs, archival plans, prints and artworks. The annual succeeds Model Shipwright, the quarterly journal which ran to 144 issues spanning 36 years. This edition includes an article on Victory's gunnery by Peter Goodwin; the team who sailed the Matthew replica provide insight into sailing a fifteenth-century ship; modelling articles from R A Wilson, R Guzman and J Laing, and Jonathon Kinghorn describes the techniques and paints for the Painting of Ships, 1750-1850. There are additional sections on Modeller's Draught, Book

and Readers' Gallery. Fully international in scope, Shipwright is an essential volume for any dedicated ship modeller or budding enthusiast. 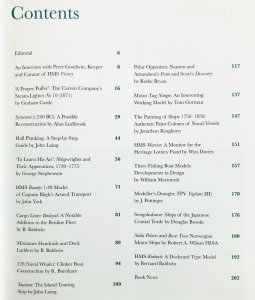 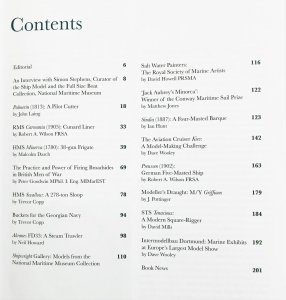 Uwek said:
Received some days ago - It is looking like a great book - a book review will follow

Inspired by the recent discovery of mathematically calculated digital plans for a fourth-rate ship by the Deptford master shipwright, John Shish, The Master Shipwright's Secrets is an illustrated history of Restoration shipbuilding focused on the Tyger, one of the smaller but powerful two-deck warships of the period. It examines the proceedings of King Charles II in deciding the types of ship he wanted and his relationship with his master shipwrights.

This fascinating book reveals the many secrets of Charles II's shipwrights through an analysis of John Shish's plans for the Tyger, revealing innovative practical calculations which differ significantly from the few contemporary treatises on the subject and the complicated process of constructing the moulds necessary to make the ship's frame. All the other duties performed by the master shipwrights, such as repairing ships, controlling their men and keeping up with the latest inventions are also discussed in detail.

The Master Shipwright's Secrets is replete with beautiful and detailed illustrations of the construction of the Tyger and explores both its complicated history and its complex rebuilding, complete with deck plans, internal sections, and large-scale external shaded drawings. The title also explores associated ships, including another fourth-rate ship, the Mordaunt, which was purchased into the Navy at the time and underwent a dimensional survey by John Shish. A rare contemporary section drawing of another fourth-rate English ship and constructional drawings of Shish's later fourth-rate ship, St Albans, are also included.
Click to expand...

I just noticed, you got this interesting book. Please can you tell me, what the book contains concerning the Saint Albans?

I just noticed, you got this interesting book. Please can you tell me, what the book contains concerning the Saint Albans?

I will check it more in detail and will comment asap 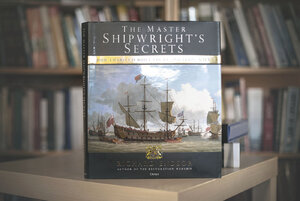 Do used books count as new books in collection?

I recently purchased some used books and plans from a member of the forums.

Here is what I got. I needed books specifically on Curry Sark and Old Ironsides. Two future builds for me 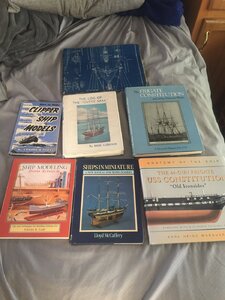 Does not metter,its your collection

That may be a good idea to help raise funds donations to keep the forums online.

Something to talk to staff members about!

Thanks for that notice on used donated books as fund raiser.

Today I received once more a delivery from ancre - step by step my ancre-collection is complete..... 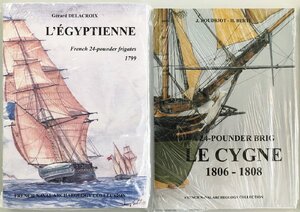 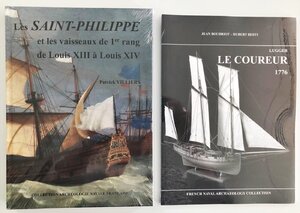 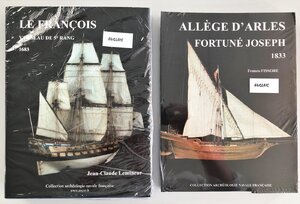 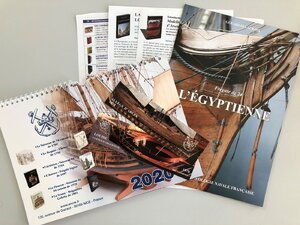 In addition some prospects, a very interesting photo booklet showing photos of the contemporary L`Égyptienne model
and the calendar for this year, which I was still missing

Somehow it is like Christmas and Birthday at the same day.....

Here is a link to ancre, where you can read more about the publications - nevertheless I will present them all in future book and planset reviews