In addition to Rodolfo's "Spanish Coca" post, a reference to an exceptionally good source of Portuguese nãos around 1500. As Rodolfo mentions - there are many plans and kits from later times, hundreds of models of "show-off ships" such as San Felipe, Victory or Wasa. Comparable information about the "bread and butter" ships of the early 16th century, that made this wealth possible in the first place is missing, and may not be of interest.
In 2008 the wreck of a Não was accidentally discovered off the Namibian coast, very well preserved, unlooted, including all cargo and equipment. It is the second ship ever found south of the Sahara at this time.The location is in the restricted area of the diamond mines. "Bom Jesu" was part of the Portuguese’s annual Indian fleet, got caught in a storm in 1533 and sank. The book is the first archaeological report on the discovery, the ship itself and the global economic context that was decisive for Portugal. The decisive factor was the first global player, the bankers Fugger & Welser. They dominated the mining and money market of the time.
For us model builders, the discoveries made are pretty exclusive, as previous models must be rebuilt. A few examples: Only the load-bearing parts of the trunk were made of cork oak, the rest of fir wood. The planks were attached with tinned metal nails, an export hit from Northern Germany at the time. The ropes were all (!) made of West Indian sisal. Cheaper, did not rot and did not have to be tarred. The caulking was carried out in three stages. The main mast was not made of one piece, but of seven parts, scantlings, fixed at intervals of one meter with sisal rope. This goes on for a few more pages.
Mind you - this is a rather dry topic at times, but it is worthwhile when you consider that there is hardly any secure and reliable information outside of speculation.
22 x 28 cm, 283 heavy pages, full color, lots of photos and maps, ISBN 978-3-89479-732-4 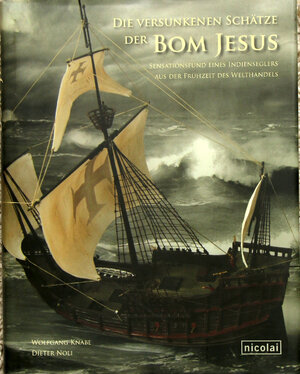 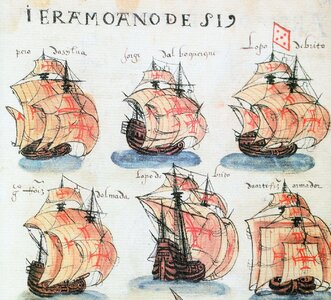 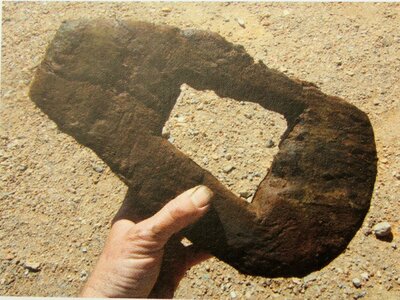 That sounds very interesting, Thanks!