these super frigates built on the lakes were a wakeup call for British shipwrights and that is why they are built so different from the typical British ships.
The British built ships with sistered frame every other or every third frame then filled in between these frames with loose filler timbers. 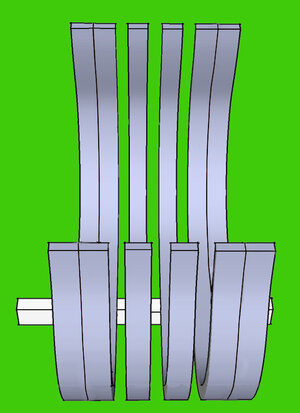 they even went as far as to reduce the size of the frame pieces as the frame reached the top which is another British thing American built ships did not tapper, same size from the keel to the cap rail. 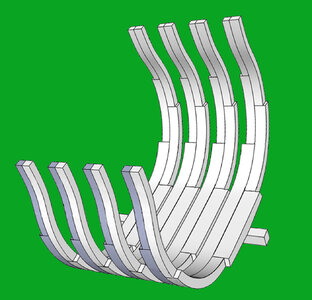 my guess was to reduce weight, less weight the faster the ship. This worked until the British faced the American frigates and their cannon shot bounced off the sides of the ships. Thus the nick name "old iron sides" while the Americans could do a lot of damage to the British ships. American built war ships were a solid wall of heavy timber as you can see during repairs of the Constitution 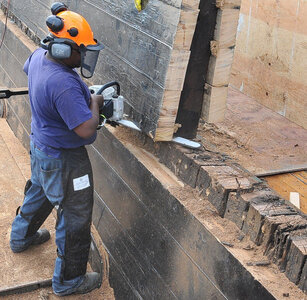 this double frame filler frame style for some odd reason was thought that is how all ships must of been built as we can see in a model of the American Built confederacy model. Wrong style of framing for an American built ship. Like the Princess Charlotte the Confederacy would have been almost a solid wall of sistered frame very close together. 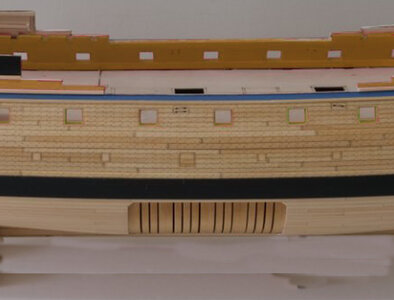 this all begs the question how picky can you get when it come to actual historical accuracy and does it really matter?

in the academic world very picky down to the smallest detail, in the hobby of model ship building not so much. Could be why the "hobby" is not taken all that serious by the academic community there is a lot of artistic license going on in the hobby, which is well and fine. 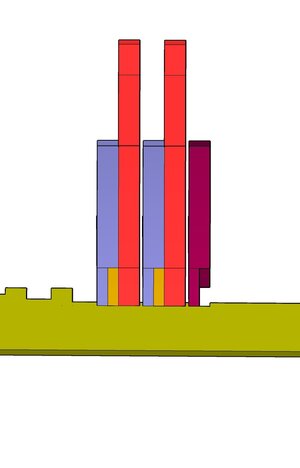 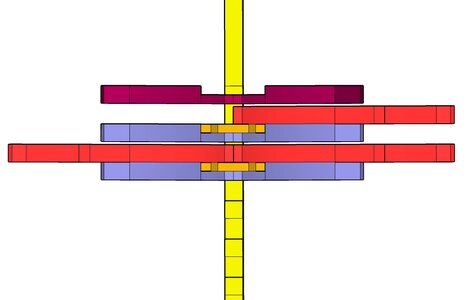 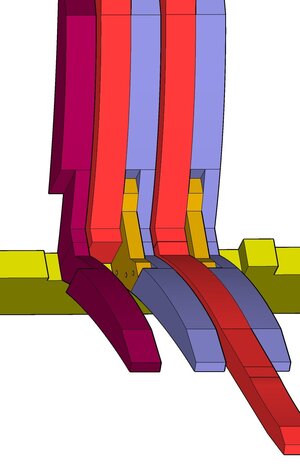 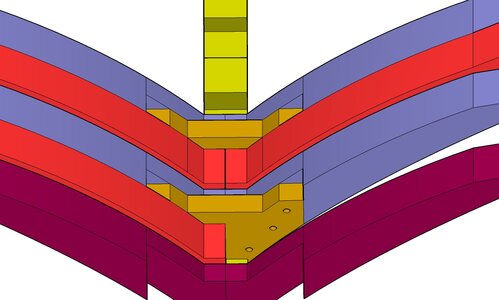 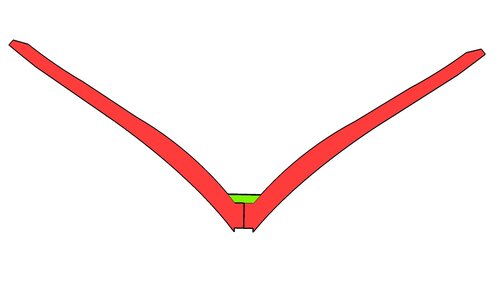 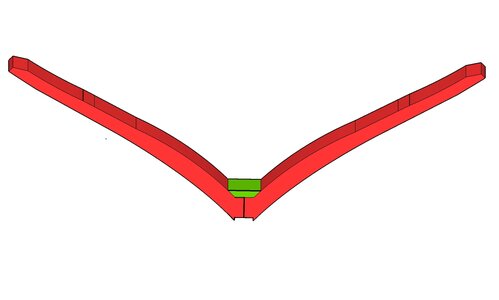 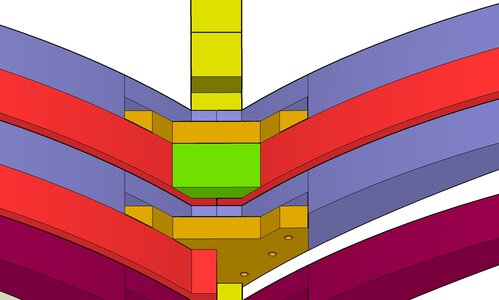 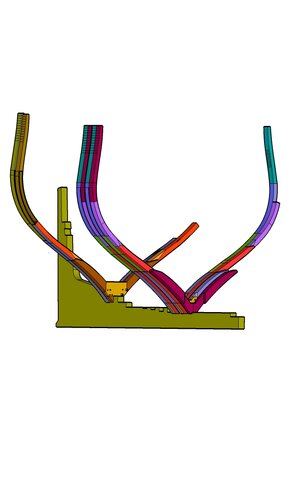 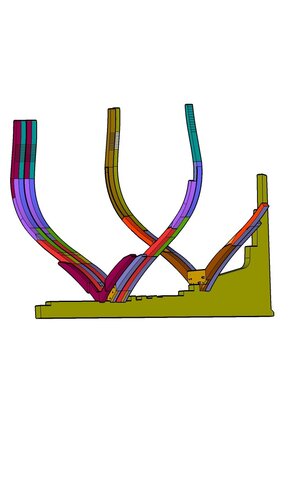 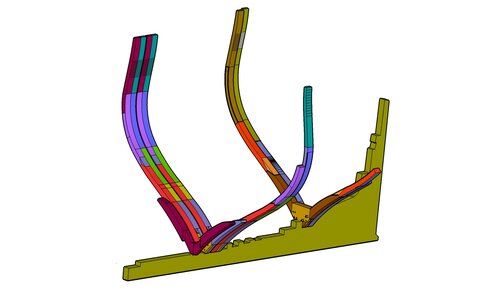 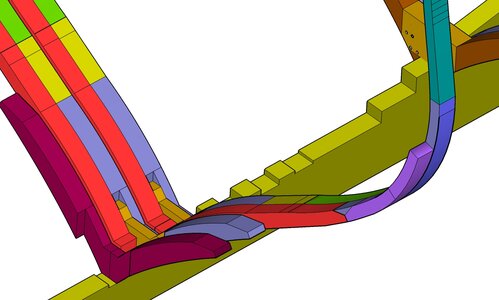 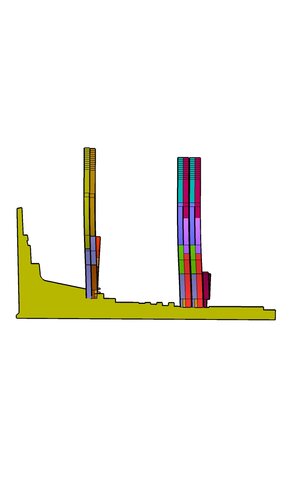 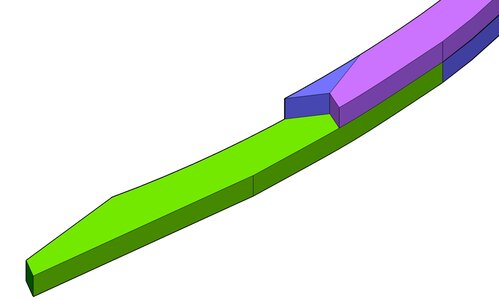 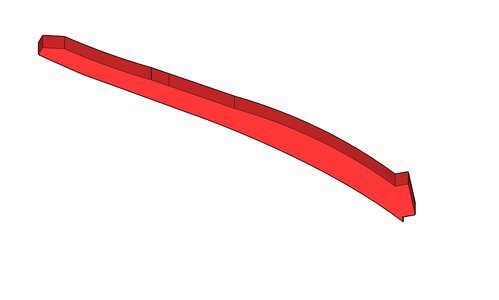 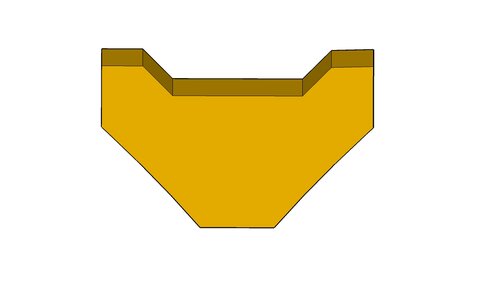 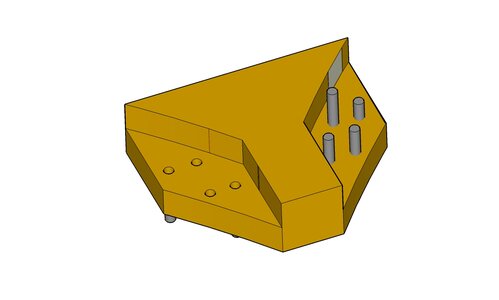 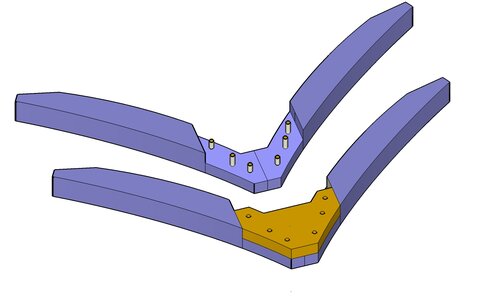 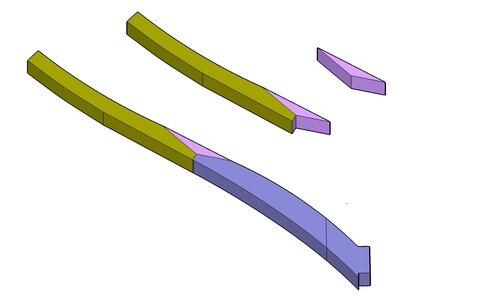 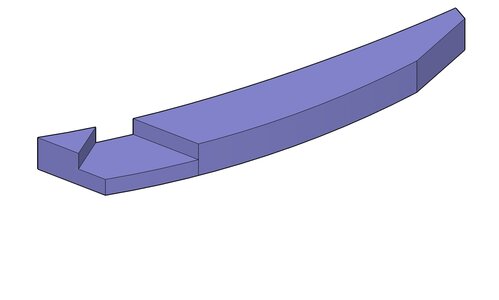 phase one modeling was done based on archaeological study of the wreck. Phase 2 is all "best guess" because there is nothing left on the wreck to look at. There are some clues from the wreck to help with phase 2 reconstruction for example we know hanging knees were not used to support the ends of the deck beams. There are painting of the stern so we know what it looked like. Construction of the stern and the decks are based on typical ship building practices, however, basing things on "typical" practices is what leads builders astray especially with a ship like the Princess Charlotte. But there is no choise in the matter.
these are the frames that were 3D modeled there are 16 more frames in the stern section

the rest of the frames are drawn out in the bodyplan 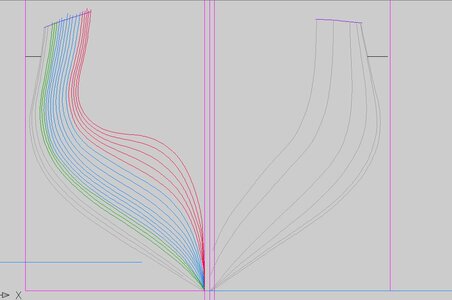 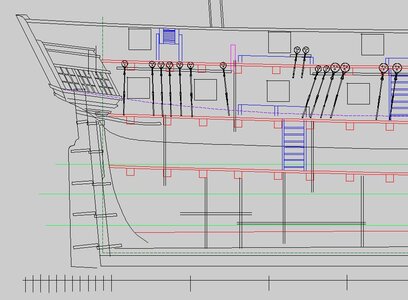 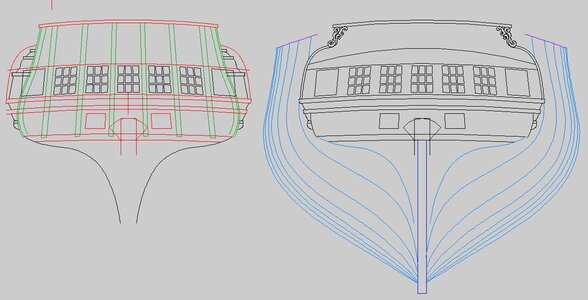 Before jumping into phase 2 of a 3D stern model of the Princess Charlotte i am taking a break and moving on to another project i have in the works which has a deadline.

i used bold colors for the parts so you can tell them apart from one another, the final 3D model can be rendered as realistic wood etc.

Just made a short research in the NMM drawings and I found one
I think, that until now you did not post it here

Scale: 1:96. Plan showing the body plan, sheer lines with inboard detail, and longitudinal half-breadth for Princess Charlotte (1814), a 42-gun Fifth Rate Frigate, as built at Kingston Naval Yard for use on the Lakes.

and also this engraving 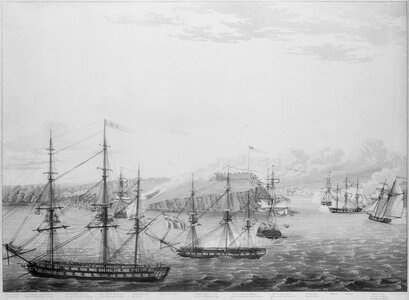