Hello Charlie, Just found your build log. She sure is a big ship, reminds me of my HMS Victory of many years ago. The only thing that I did not like was there are so very many things the same thing like rigging canons and gun ports.
May I ask where you found that great sturdy third hand? It sure looks very handy.
Regards Lawrence

And yes lots of repetitive thing on those monsters 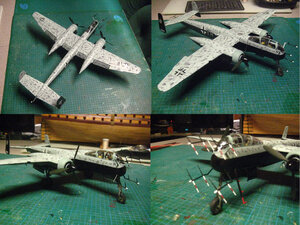 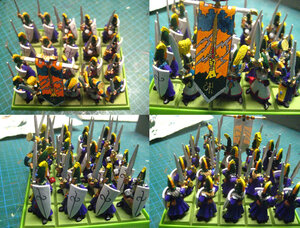 And an English Machine Gun bust 1918 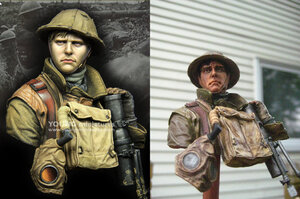 And now the ship
Yard rope 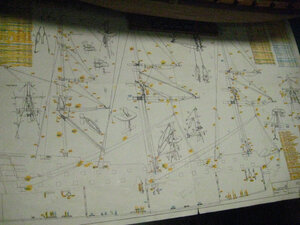 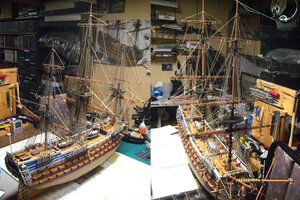 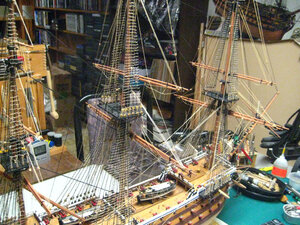 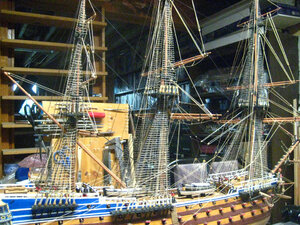 There is one more step to do nb8

But before I doo that I will do 4 other small projects
A land project, an Air, another bust and another Elf regime 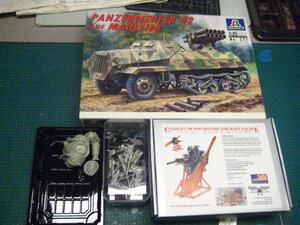 Nice to see your keeping busy Charles Great job on the Heinkel HE219 A-7 UHU and the Royal Louis is really coming together, such a huge accomplishment and as usual you make it look so easy.
Last edited: Jun 27, 2020

Wow! Keeping an eye out for one. Looks real nice. I like the size. Good size to work with.
M

Charles QC said:
Finish a project started 20 years ago
Purchased in 1998 started in 2000 but never finished a Heinkel HE219 A-7 UHU
Click to expand...

Here it is finished
Start September 19, 2015
End August 27, 2020
After 867h of work with long stoppage to do other project
It's by doing this that I realize this!
It’s a wonderful project the ship is very beautiful and classy but in the future I will try to limit my enthusiasm to something reasonable in size (YA as if its going to happen)
On the other hand, certain aspects of the model were difficult to make it is really huge, really huge, took up a lot of space to build it (I am still limited in space) and luckily it will not stay here.
The kit for the assembly of the structure the instructions are really lacking on the other hand for the ropes it is number 1.
Its been a long time but at the end of the day I'm satisfied
The last 20 years I have only done naval wood. But for the last stages of construction of the Louis I took some rest between each stage where I did other project which helped me a lot to want to work on the ship so in the future I will proceed the same altering other project with ship building. So I will start again (after negotiation with my Minister of the Interior who wants his Portuguese Caraque Säo Miguel) The US Brig Syren that I have started last year October 2019. 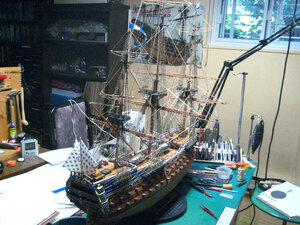 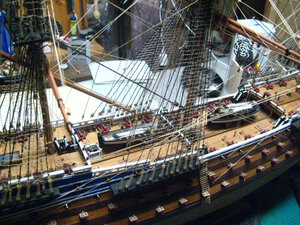 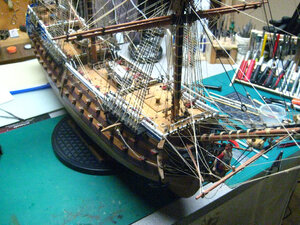 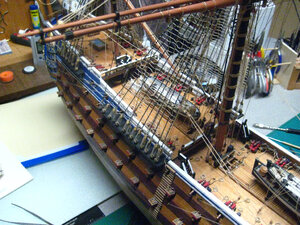 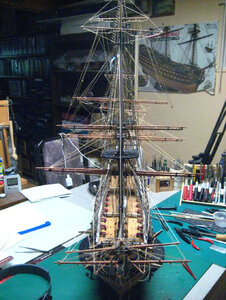 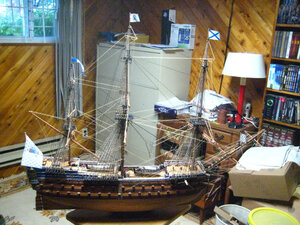 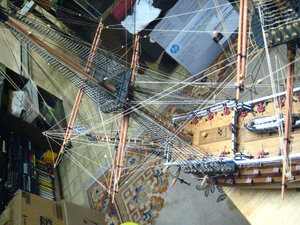 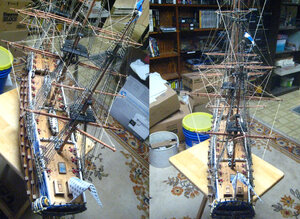 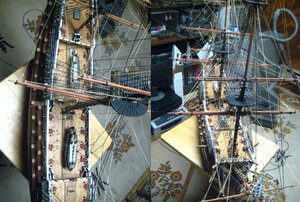 Da Daaa all done congratulations. That is a lot of ship Charles you have to be happy it looks stunning!!! Please take some picks if possible once it is off the bench and set up as I know you will.
Love to see you pick up the Syren again but I know I am biased and the admiral will have the final say
Cheers mate talk soon.
You must log in or register to reply here.
Share:
Facebook Twitter Reddit Pinterest Tumblr Email Share Link
Top