Looks like an awesome replica,I am following this site a while. 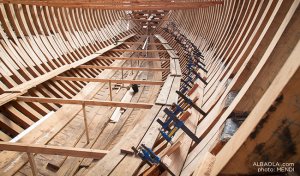 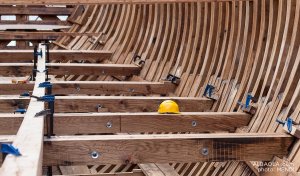 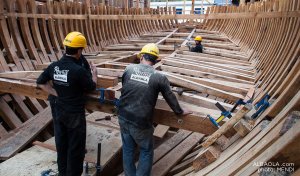 Would be nice to get the drawings what they used to build this replica. 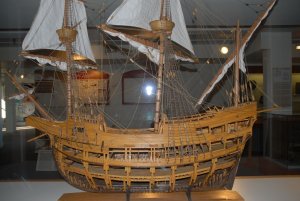 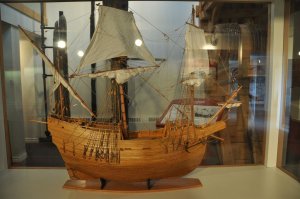 Here is link on Basque whaling from Parks Canada

Release
ST. JOHN'S, NEWFOUNDLAND AND LABRADOR, April 4, 2008 – On behalf of Canada's Environment Minister John Baird, Mr. Norman Doyle, Member of Parliament for St. John's East, today launched a major scientific report entitled: The underwater archaeology of Red Bay: Basque shipbuilding and whaling in the 16th century. This much-anticipated report paints a detailed picture of Basque whale hunting techniques, and of the Basque contributions in European shipbuilding and the development of transatlantic trade routes in the mid-16th century.
"Through the Red Bay project, Parks Canada's underwater archaeologists have set a great example in their field," said Mr. Doyle. "Our Government is proud to recognize their hard work, which will give Canadians a better understanding of Red Bay's history."
For a good part of the 16th century, the Basques engaged in the whaling industry on Canada's East Coast. Years of archival research by historical geographer Dr. Selma Barkham helped identify Red Bay, Labrador, as a site of intense Basque activity. Red Bay was the largest shore whaling station, where vestiges of the Basque presence tell a compelling story of commerce and courage.
Artifacts profiled in the report include four galeones or naos (ocean-going vessels), one of which is believed to be the San Juan that sunk in 1565. Using pioneering techniques, the San Juan was systemically excavated, raised and recorded in pieces on the surface, reburied and monitored ever since in order to ensure its preservation for centuries to come.
"This report describes the most comprehensive underwater archaeological research project ever undertaken in North America, an invaluable addition to the subject," continued Mr. Doyle. "Our Government appreciates the support received from the residents of the Red Bay area, numerous international experts in the field and the Basque Province of Gipuzkoa."
Findings presented in the 1600-page, five-volume report are based on eight successive seasons of fieldwork led by Parks Canada's Chief Underwater Archaeologist Robert Grenier. Other work includes Dr. Barkham's archival research and the land-based archaeology carried out by Memorial University of Newfoundland under the leadership of Dr. James Tuck.
The report describes the methodology used to excavate and document the underwater site at 0 degrees Celsius and to carry out subsequent studies. The completed underwater archaeological work paints a complete picture of the rich history contained in Red Bay National Historic Site was included on Canada's priority list for consideration by UNESCO as a World Heritage Site in 2004. That United Nations body adopted the San Juan as its logo representing the Convention on the Protection of Underwater Cultural Heritage.
Copies of the Red Bay underwater archaeology report may be obtained through Publishing and Depository Services, Public Works and Government Services Canada; ISBN 978-0-660-19652-7; Cat. N0.: R62-389/2007E; Web: http://publications.gc.ca.
Information:
Pamela Gautreau, Communications Manager
Atlantic Region
Parks Canada
902-426-5871
Keri Spink
A/Communications Manager, Ontario Communications
Ontario Service Centre
Parks Canada
613-361-0273
Backgrounder associated with this

I have visited this site some three years ago in 2015. They have a nice little museum and workshop and a beautiful spot at the entrance of the port of San Sebastian in Spain. If you are ever in the area a tip to visit. See the pictures I made below. 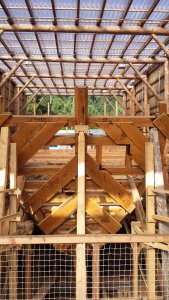 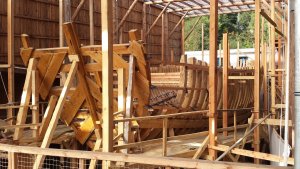 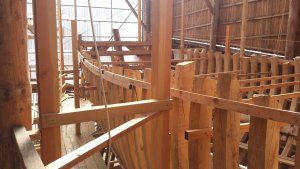 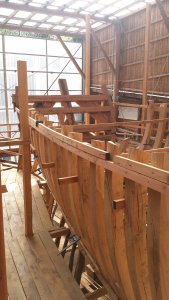 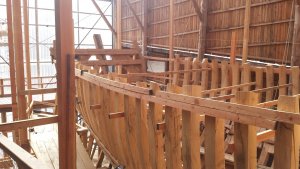 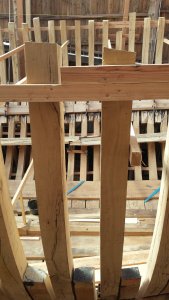 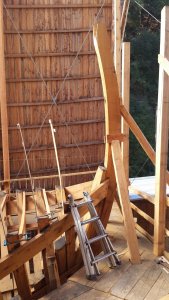 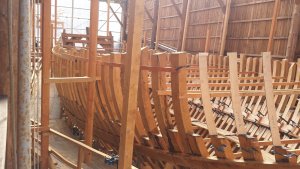 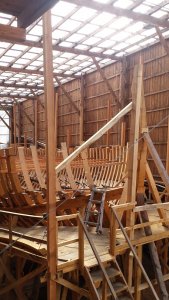 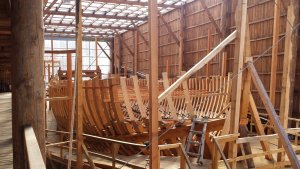 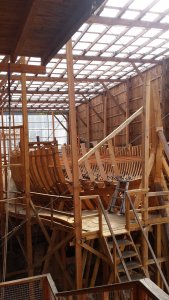 And finally how they found the wreck. 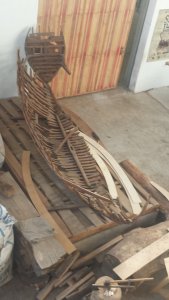 If you don't mind, I'll add my photos from the shipyard. 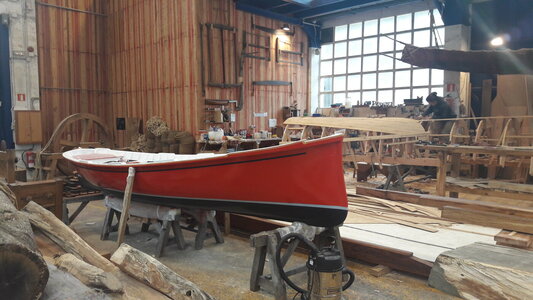 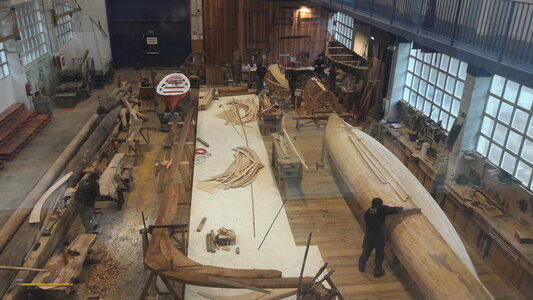 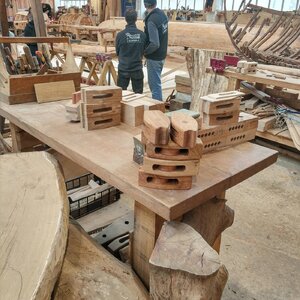 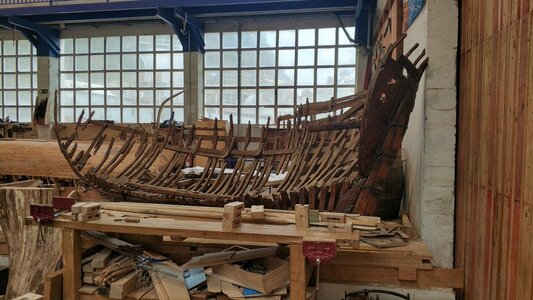 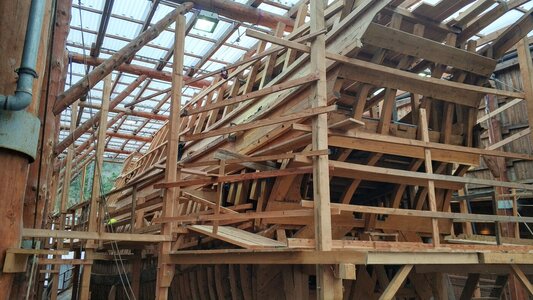 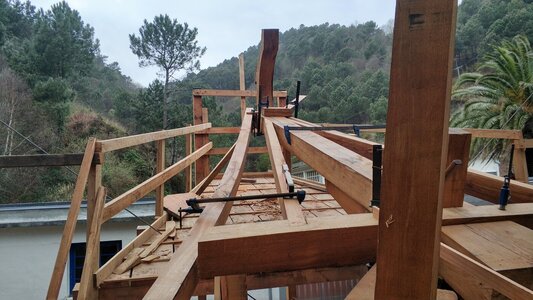 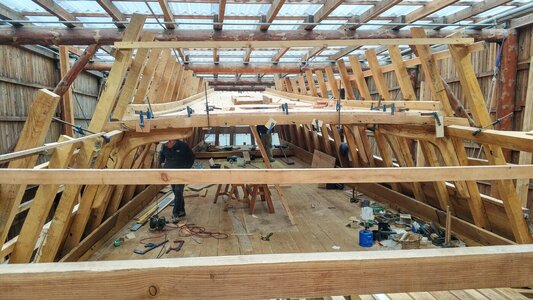 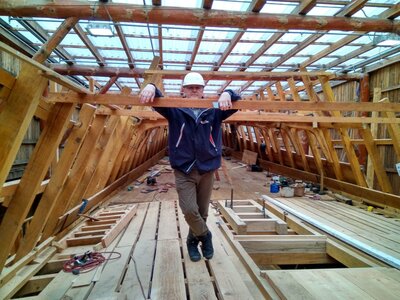 Olha did a couple of videos of the books where a lot of the information for this build is published.

JohnA said:
Olha did a couple of videos of the books where a lot of the information for this build is published.

I hope they translate it into Spanish

Hey Benji:
No problem, you buy me the book and I translate it for you.
No hay problema, me compras el libro y yo te lo traduzco gratis.

Bluebeard said:
Hey Benji:
No problem, you buy me the book and I translate it for you.
No hay problema, me compras el libro y yo te lo traduzco gratis.
Click to expand...

An interesting proposal, but I will have to wait a while, I recently bought the SMS Seydlitz , and I am waiting for the first Spanish monograph published by ancre to come out, which according to the author will come out any day of this, the mahonesa frigate, and to stock up on the woods corresponding, so I have the budget already committed, and I do not want to be kicked out of the house
B

Bluebeard said:
Hey Benji:
No problem, you buy me the book and I translate it for you.
No hay problema, me compras el libro y yo te lo traduzco gratis.
Click to expand...

ah, creo que ya te entiendo, pensaba que tu lo tienes y que lo vendes y si te lo compro me lo traduces, pero creo que te refieres a que yo te lo compro y tu te encargas de traducirmelo, es asi?
ah, I think I understand you, I thought that you have it and that you sell it and if I buy it you will translate it for me, but I think you mean that I buy it for you and you take care of translating it for me, is that right?

Benji.
I see you have mo problem writing what’s on your mind so I also guess that you don’t really need anybody to translate for you.
Of course that to translate anything takes time and professional abilities which I don’t have moreover a book.
What I said about the translation it was a simple joke.

zoly99sask said:
Looks like an awesome replica,I am following this site a while.

I really liked the link and series of construction photos. Those don't appear to be in a sequence and jump forwarwards and back again but the overall construction activities are worth looking at and associating with our POF builds. It is an interesting project to associate with the fast pace with which ships were constructed in various yards and periods of time. For a more current and smaller example the Bluenose was fully constructed and launched in four months according to the BN2 100 web site historical section. Thanks for the link. Rich (PT-2)
You must log in or register to reply here.
Share:
Facebook Twitter Reddit Pinterest Tumblr Email Share Link
Top