After 13 loooong days of squaring and lining the gunports... 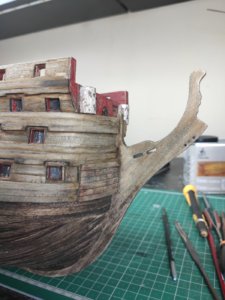 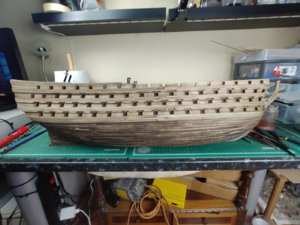 This side is ready for paint
S

I don't know about other people, but when i'm building a model i tend to think about future projects, many projects... more than i'll probably ever be able to build, but eventually an idea starts forming and gaining traction and eventually i know that's the next one, and i start to imagine it.

Good ideas, bad ideas, testing this testing that, making decisions with that goal in mind, but always uncertain... will it work at the end?

I'm nowhere near the end, but finally today, a tiny bit of the image i had in my head is now reality, and i'm happy with it

I know "extremly weathered" ships are not everyone's cup of tea, but i guess anyone can relate to the notion of achieving something (part of something) that's been on the works for over a couple years 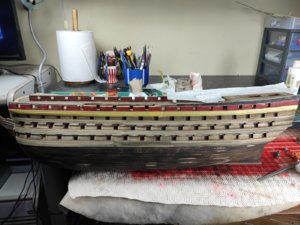 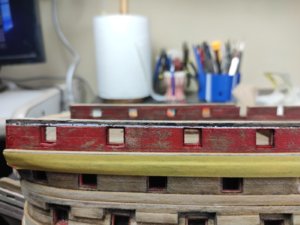 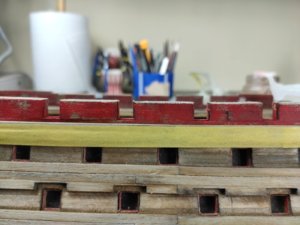 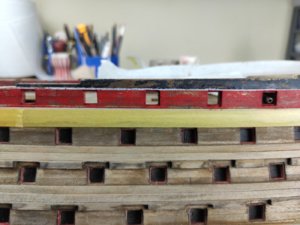 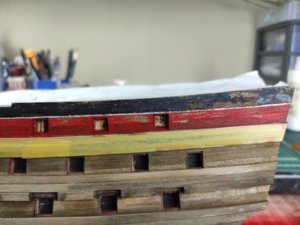 Here's a tiny bit of the hull painted
S

Another to end the night 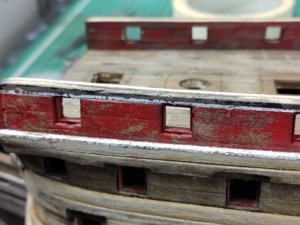 shelk said:
I know "extremly weathered" ships are not everyone's cup of tea, but i guess anyone can relate to the notion of achieving something (part of something) that's been on the works for over a couple years
Click to expand...

To be honest that’s my case I do not like a lot too much extreme weathering.
But ant it is a big BUT I also look at the work done and well there are a lots of work here, lots of work.
So in the end I might not like a lot the overall look but I look also at the work involve and that is what I am enjoying and you are doing a great job on it Shelk. 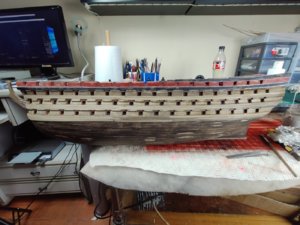 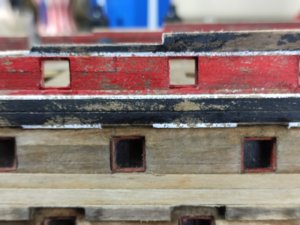 What I like about shelk's approach is that he is making this ship in his eyes. I, personally, am learning a great deal about weathering from his techniques that can be used in any of numerous situations. I also applaud a modeler that is willing to do things a little differently than the mainstream. All ships do not have to be built like they are rolling off the showroom floor.
S

Thank you everyone for the nice comments

And here's some progress 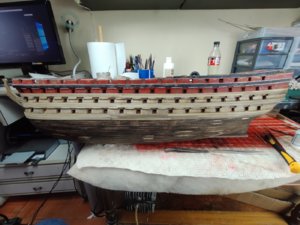 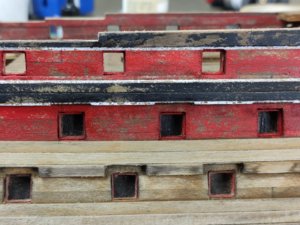 A bit more, starting to look like the santisima trinidad 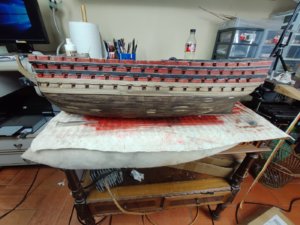 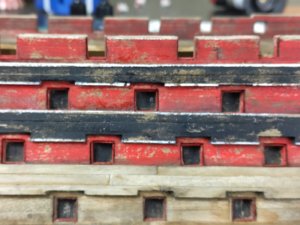 Well advancing at a good paste
Yes it start to look a bit like the S.T.
I don’t know if any body ever try to build the S.T. (or any model) with the battle damage might be interesting to see what can be done.

I considered it, but from past experiences on trying to replicate broken stuff, Im not happy with my work, so was better not to risk

And if I was to open a hole on a ship, it needs to have proper details inside, and all the frames in the hull

One day might revisit that idea on some other ship 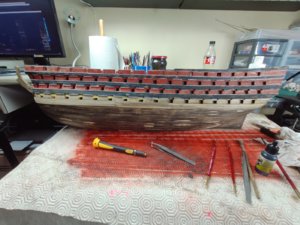 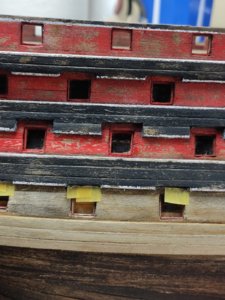 Saturday is video day... most saturdays at least

And the progress for the day 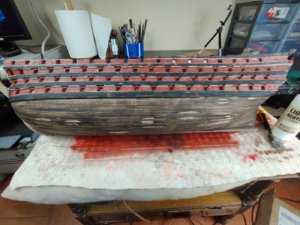 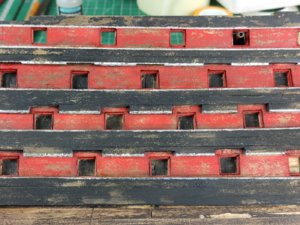 And one side is painted 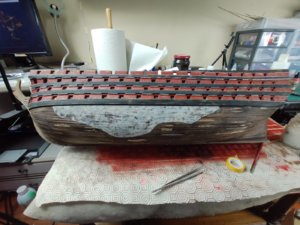 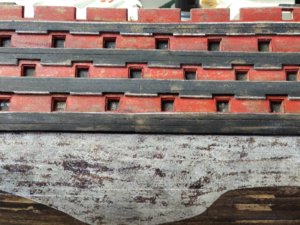 I think what I dislike the most in shilp building is after completing one side, having to repeat everything on the other, so let's begin 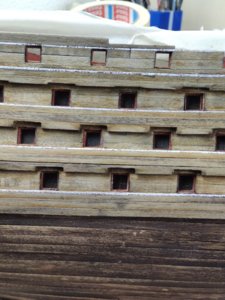 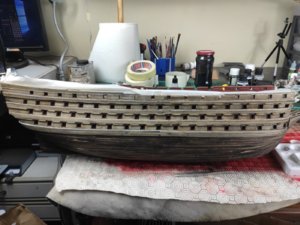 Going with a more efficient approach on this side, so going along faster 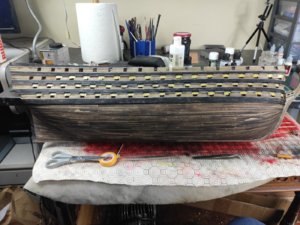 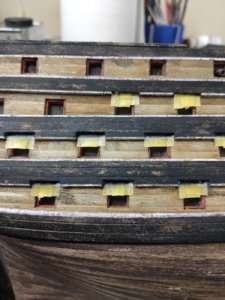 And the other side is done, well over 40 meters if masking tape used 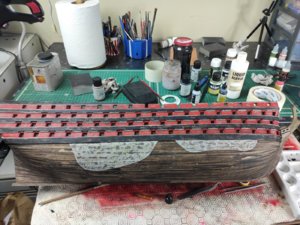 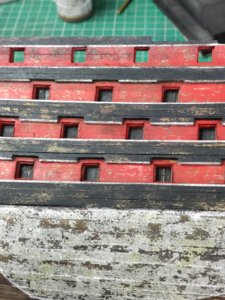 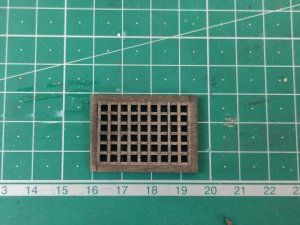 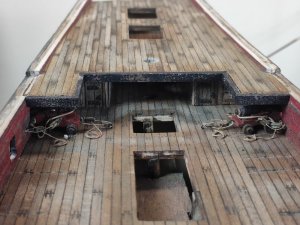 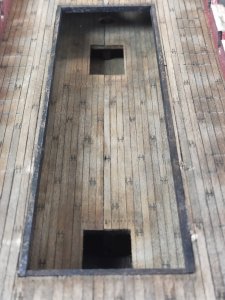