The Marmara “kancabaş” was a cabotage trade boat, of whose existence the first known evidence dates back to the 16th century and which survived until the end of the 19th century. These boats were built in the Gulf of Izmit and in Iznik, and had lengths of around 15-20 m. They generally sailed within the Sea of Marmara, from the Bosphorus to the Dardanelles, although they also sometimes crossed those straits and sailed the Black and Aegean Seas.

The plan followed for the construction of the model belongs to the collection of "Souvenirs de marine" of Admiral Paris from 1882. 1855. The ship, wide and robust, has decks at the bow and stern, both equipped with hatches closed with barracks, and it had discovered the central cargo space which, after stowage, was covered with tarpaulins to protect the goods from the sun and rain. This cargo space had four removable benches, on which a walkway was placed that facilitated the transit of the crew between the fore and aft decks.

The Marmara “kancabaş” was equipped with a spritsail, two jibs and two or three square sails. It was profusely decorated with carved and gilded frets on brightly colored backgrounds, both on the sides of the bow and stern and on the rudder bar and blade. The skipper of the boat was at the helm, which was quite hard to handle due to the pronounced curvature of its bar. 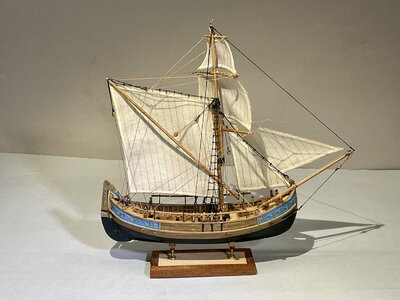 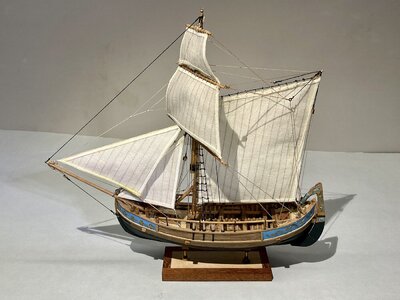 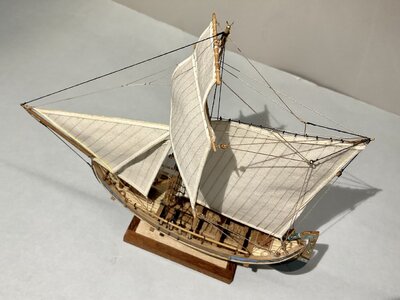 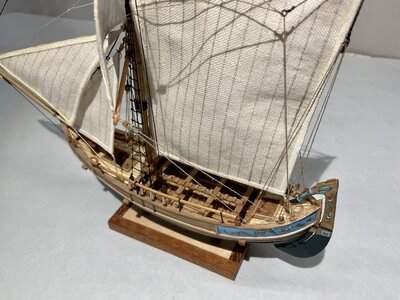 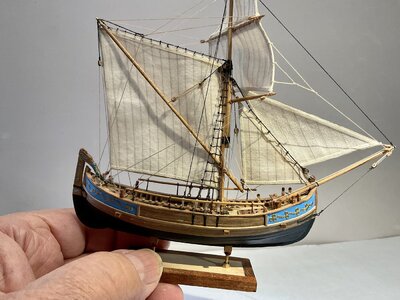 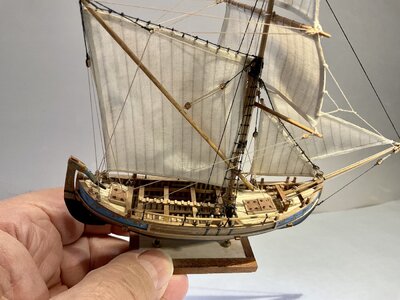 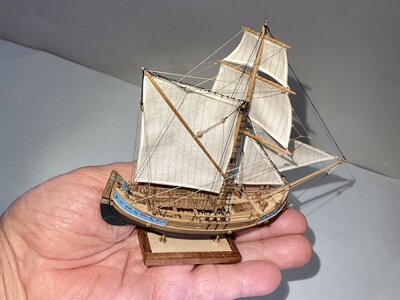 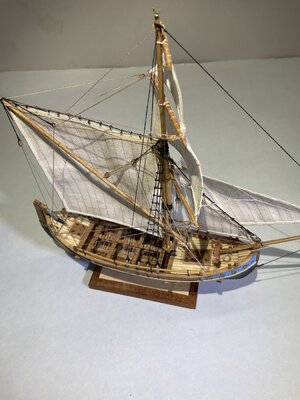