This is a copy of the report of my Rochefort visit in which I showed the model..........in the following post you can find the planset review I made


Unfortunately only one photo of the LA CHALOUPE DES VAISSEAUX de 1680-1780 / THE SHIP’S LONGBOAT 1680-1780 built in scale 1:24 by Henri Defresne
The monographie is available from ancre, drawings by J.C. Lemineur - I got a copy, so I will make a planset-review in next time 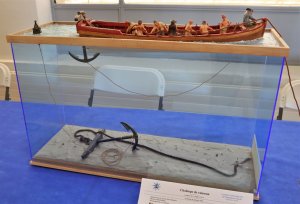 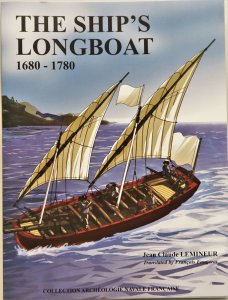 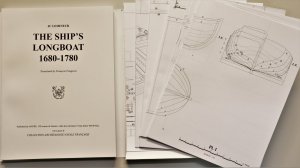 Planset / Monographie is available from ancre in english, french, italian or spanish language

In monographs, ships boats are generally considered as simple elements of a ship's furniture and are not the object of any special attention.
In his book about the 74-gun ship of 1780, Jean Boudriot included a description of the longboat, but did not go into great detail because it was not the central subject of his book.
The longboat was really the all-around servant in a vessel : carrying supplies, moving anchors, carrying water when in campaign, carrying landing parties in coastal raids, transporting officers and VIP's, towing when becalmed, and many other tasks.
The longboat may be adapted to all these missions but no drawing has shown it in these various situations until now.
ANCRE publishers wished to fill this need by offering to interested fans a study which, without being exhaustive, covered all aspects of the subject. The study proposed by J-C. Lemineur is centered on a 36-foot longboat. This length is that of a master longboat arming first-rate vessels in the 17th century, such as L'AMBITIEUX of 1680, but also 18th century 74-gun ships whose dimensions had increased over the years.
A lack of evolution resulted in its preserving its structural characteristics over a period from 1680 to about 1780.
The boat's construction and the details of the framing are described in the book, as well as the four different types of rigging used in the French Royal Navy : the square rig, the lug rig, spritsail rig, and lateen rig.
It is shown both under sail and under oars, or as a ceremonial boat. It may be configured at will according to anybody's taste and may lead to many different personnalized models.
The present monograph provides descriptions about anchor handling by longboats, in particular anchoring and moving second bower anchors, and finally their loading aboard ship and their launching.
The text is complemented by six 3-dimentional illustrations showing these maneuvers, something that will help modelers design dioramas.
Chapter 4 adds a thoroughly commented photographic coverage of the start of the construction and the early steps in the construction of a model by two modelers, each describing a different method for the frame construction.
It is possible to build the model at three different scales : 1/24, 1/36 (plates in the pamphlet and one 23x92 cm plate) and 1/48 5 plates in the pamphlet). 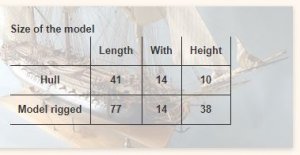 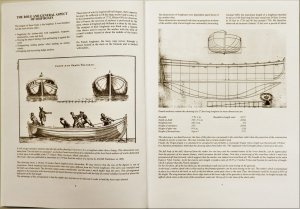 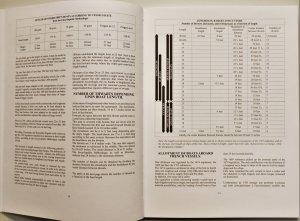 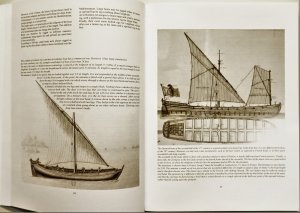 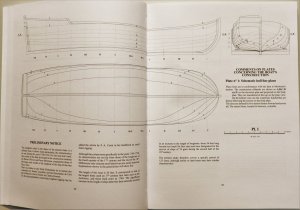 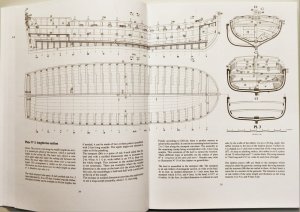 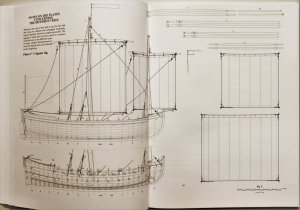 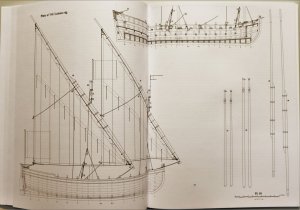 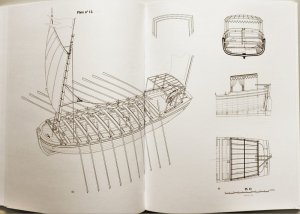 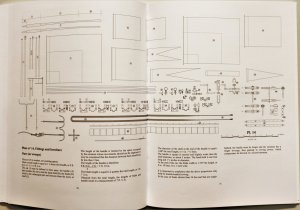 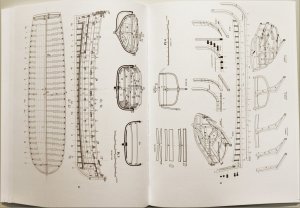 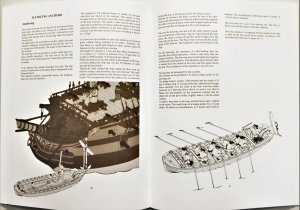 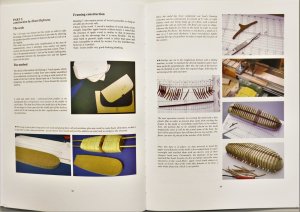 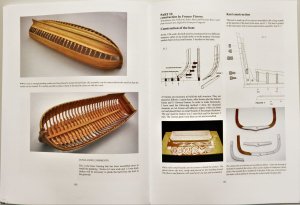 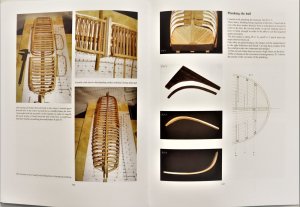 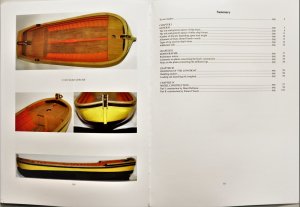 The Monographie with 15 plates 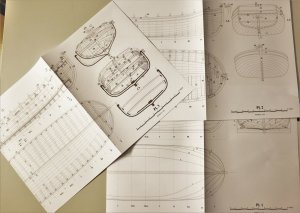 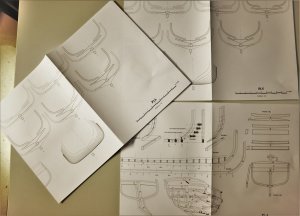 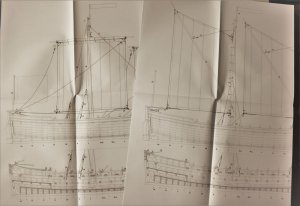 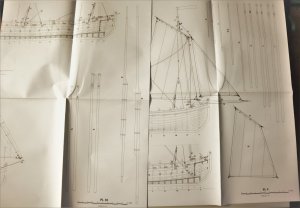 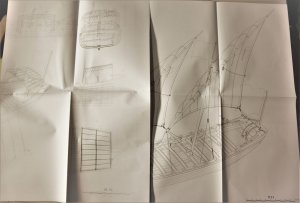 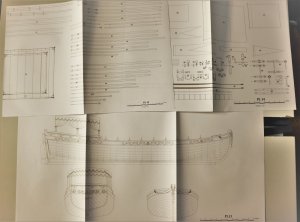 If you want to built a boat in big scale of 1:24, it is a very good starting point for a beginner or intermediate scratch built - in this scale a very good possibility to work in details.
Or as an additional information if you want to built the boats for a 1:48 frigate or ship of the line - you are getting all detailed information and plans to make this models accurate.
Especially very helpfull and useful, due to the fact, that the different possibilities of the rigging is shown in all aspects - so you can prepare the model with square or lug rig, spritsail or lateen rigged.
This drawing set is very helpful and represent a complete documentation of this kind of boats -> for this special purpose a highly recommended publication