I found this series of documentations.....some are naval - nautical related -> Highly recommended !!!

Robinson and Phil Harding from Time Team join divers from the British Government's Archaeological Diving Unit, fighting to recover a massive carved wooden statue and other artefacts from the shipwreck of HMS Colossus, and endeavour to piece together the loss of this Napoleonic-era 18th century warship. Using the reconditioned HMS Victory as a reference, it was clear that the carving was detail from the left hand rear windows of the vessel. When permission to film the site became problematic in 2002, sonar and magnetic surveys (and associated divings) were also carried out elsewhere in the area. The statue was subsequently successfully retrieved and sent off for preservation.

More about the ship:
https://en.wikipedia.org/wiki/HMS_Colossus_(1787)

Robinson introduces Liverpool as the innovative beating trading gateway to the British Empire - a stunning transformation from its sleepy backwater origins. Recent redevelopment work revealed its first dock, started in 1709 - a revolutionary "wet dock" design directly alongside the quayside, with gates to maintain water levels despite the tides, allowing all-day and direct loading and unloading of goods. With its plans lost to a fire, excavation work allows Phil Harding a rare chance to re-examine and survey the site. The brick-dock ignited a flurry of development and industrial activity along streets radiating from the site, including slums and warehouses on reclaimed land called Nova Scotia. The show also examines the local effects of the profitable triangular trade of tobacco, sugar, and slavery.

In the 18th century the Royal Navy was the most successful fighting force in the world. To maintain this status it desperately needed better ways of looking after its sick and wounded, so in 1746 it decided to build the best hospital the country had ever seen, near the Portsmouth dockyard at Haslar. Costing £100,000, it was the biggest construction project in the country, and for over 250 years the Royal Hospital Haslar treated sailors from The Battle of Trafalgar to the Gulf War, until in 2009 the hospital closed its doors for the last time.

The Vikings are notoriously known as fearsome, axe-wielding warriors who relished their reputation as bloodthirsty invaders. But Robinson and the Team paint a new and much more complex picture of these skillful and enterprising people.They certainly did not wear helmets with horns. Starting with Lindisfarne in 793 AD they conquered half of Britain, and their reputation as heathen marauders during this period is fully justified. The berserkers, chewing on their shields and howling like animals, probably epitomise this universal image. There is much evidence of horrific massacres. But the Viking raiders were not the only settlers from Scandinavia. Recent excavations, for instance in York and Orkney, have also painted a picture of peaceful farmers, merchants and craftsmen, embracing Christianity and exerting a civilising influence on the country. In fact their influence spread across the entire known world, even into North America. The programme includes a look at some remarkable and beautiful treasures.

Robinson joins archaeologists as they discover why what went wrong with Brunel's SS Great Eastern in 1858.

In what is meant to be the last ever Time Team special, Robinson joins a team of experts as they strive to reconstruct the most intact Bronze Age boat ever found, discovered in 1992 in the Dover town centre. 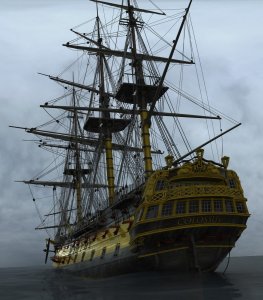