The model reproduces a Greek boat with a "trechantiri" type hull and bomb-vessel rig with a lugsail on the mizzen mast. The bomb-vessel rig, of military origin, was characterized by having two masts, cocking the mainmast in a somewhat delayed position, which made it possible to mount one or two large, highly parabolic firing mortars at the bow of mainmast, that could be shot without obstacles. . . This arrangement was interesting for Mediterranean shipowners because of the advantage it presented, compared to small three-masters, of being able to reduce the cost by dispensing one mast and part of the crew, in addition thus obtain a larger space for the cargo on the deck forward of the mainmast. The most common rig of the bomb-vessel was to build a course sail and a topsail in the mizzen mast. A variant of this rig was the “bombarda sabatiera”, which carried on this mast a lugsail of Adriatic type, mounted on a yard at the top and a pole at the bottom, which facilitated maneuvers and made it possible to better capture the bow wind. 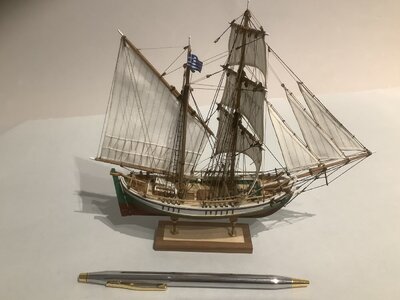 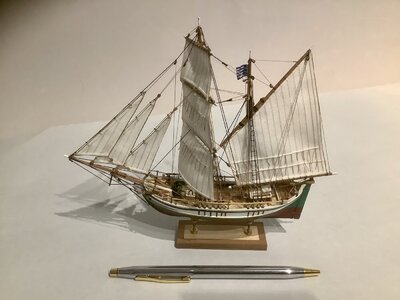 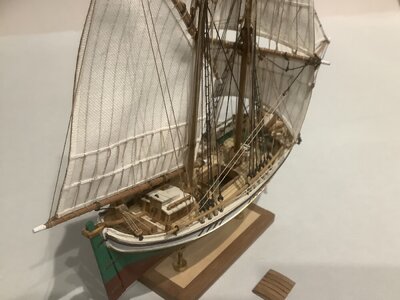 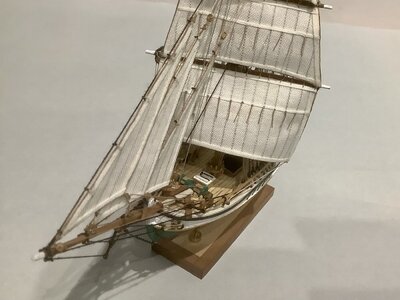 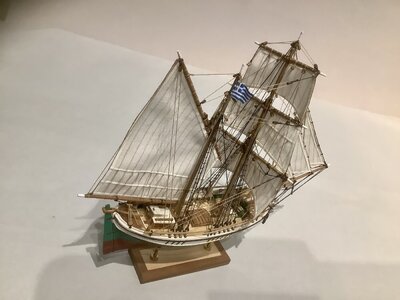 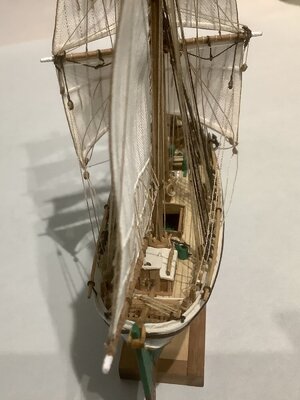 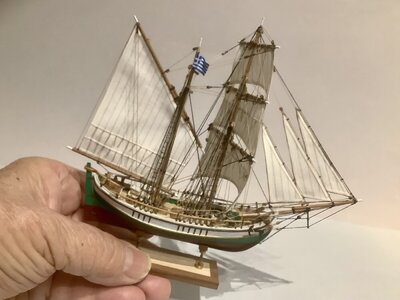 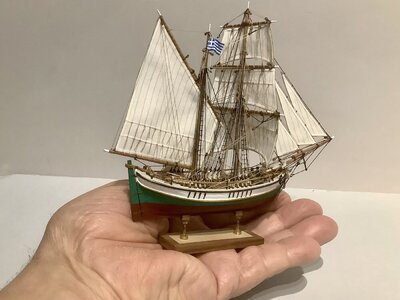 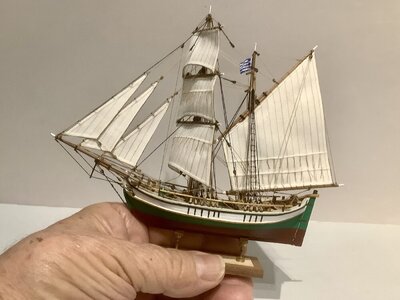 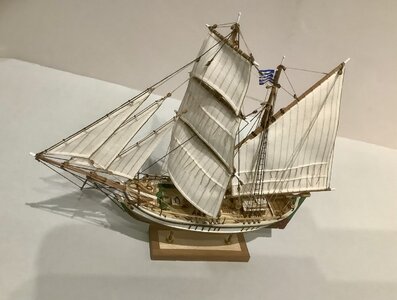 Javier, you left me speechless....