About 10 month ago., I’ve got a bronze cast french 8-pdr cannon barrel from ShiCheng model. I think that's must be the Xebec le Requins armament. After I checked some french ship plans and construction manuals，I think the french frigate la renommee must be the same system as Le requin. 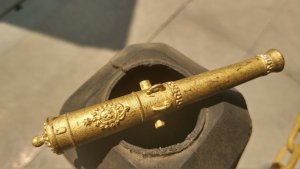 According to the plans of la renommee,I drew the 3D models like this

After finish the plans and set the scale. I start from deck beams 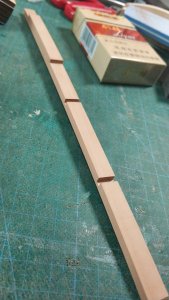 Assembled the carlings and ledges 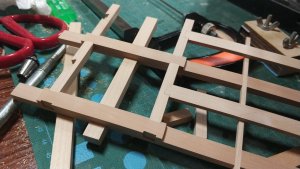 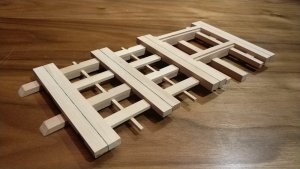 build and assembled the grating 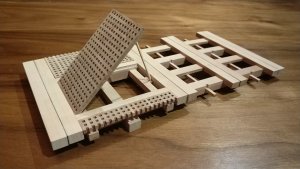 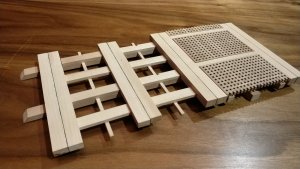 in this section there，we could see a launch on the grating. so I build it up. 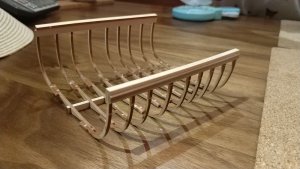 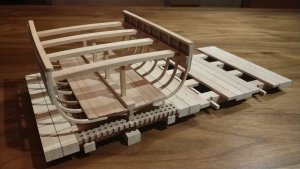 drill and attaching the grating nails 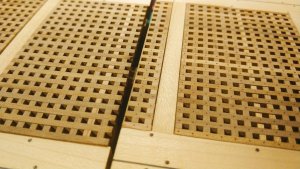 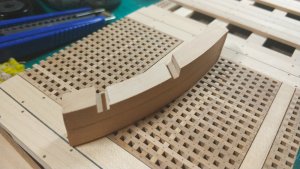 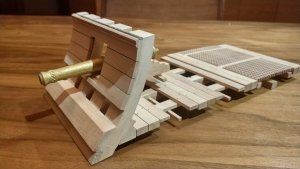 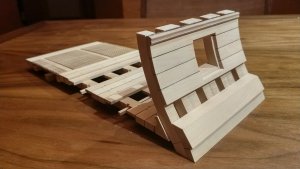 after done this all，I find a big mistake. French ship usually have no gunport lid on the upper deck. So I have to rebuild the hull planking.

Do you use cnc machining for your woodwork?
This as you also prepare the drawings in 3d.

Do you use cnc machining for your woodwork?
This as you also prepare the drawings in 3d.
Click to expand...

Nope. I do this 3D drawings to examine the plans.and I use bench drill for my woodwork.and this drill also can be used to milling 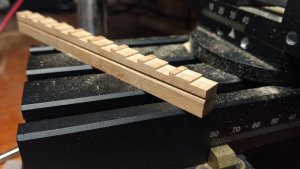 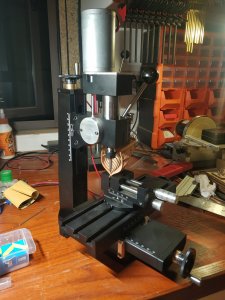 Nice workshop, I even spot a bottle of gorilla glue.

Very precise and accurate wood-work -> perfect angles, all joints same thickness, the accurate nailing pattern - WOW
1:24 is a beautiful scale for making this perfect, like you do - also your timber quality is first class - so everything prepared for a masterpiece

There will be a lot of questions coming up, with "How you did this? and that?
f.e the gratings are great - so once maybe you can show us the step by step production of your gratings (like Bernard Frölich?)

Today the 27th September La Renommee was captured by the british
For everybody interested I made a post related to this event with additional plans and infos of this ship:

I have the feeling, that this vessel will be more often a subject for posts and topics here in SOS.....
Are there any updates on your battle station? Hope to see much more of your built

Very nice, outstanding Fitment of the frame Parts. To me that says a lot about ones work. Nice tight fit up is always a good sign of a true Craftsman.
Last edited: Sep 29, 2018

great presisjon on your milling tool, super
A