Here is my second lake freighter in progress before I found this site. The following is taken from boaternerd.com and gives a brief run down on this new class of bulk carrier. Picture is actually taken along the Detroit River where I live 2 blocks from.

The Algoma Central Corporation has been engaged in an ambitious fleet renewal program. The fleet has ordered five new ships capable of Great Lakes service and will manage two others of this Equinox Class for the Canadian Wheat Board. All are being built overseas in China.

Algoma Equinox is the first of the new Equinox Class of Great Lakes freighters built for the Algoma Central Corporation. It was constructed by Nantong Mingde Heavy Industries Stock Co. of Nantong City, China. The 740 foot long by 78 foot wide gearless bulk carrier was launched on December 24, 2012, and sailed for Canada on October 1, 2013.

This vessel, and its sister-ships, operate with a 45 percent improved energy efficiency and can carry 20 percent more cargo. It also has a much lower fuel consumption with the benefit of a 97 percent removal of sulphur oxide emissions. Highly automated, the ship can operate with as few as 18 sailors.

After crossing the Pacific and passing through the Panama Canal, Algoma Equinox loaded iron ore while inbound at Port Cartier, Quebec. The ship was upbound through the Seaway for the first time on December 3, 2013, and headed to Hamilton to unload at Arcelor Mittal (Dofasco). It then sailed to Superior, and loaded ore for Cliffs Natural Resources in Quebec City.

The ship spent its initial winter in Toronto and then received the top hat in a ceremony at Lock 3, St. Catharines, Ont., as the first ship of the 2014 navigation season to use the Welland Canal. After being part of the battle with late winter ice, Algoma Equinox headed to Lake Superior in convoy and with ice-breaker assistance. But as the ice melted, the ship soon settled in on the Seaway ore and grain trades and will hopefully be a regular trader on the inland seas for many years to come.

Here is the actual ship and am hoping to come up with a reasonable scale model... 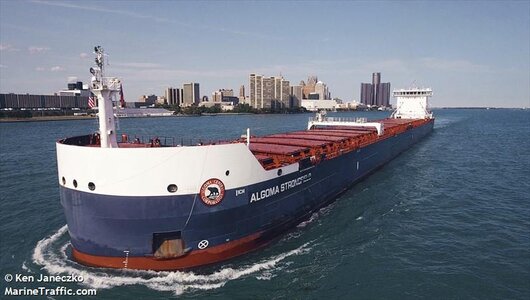 Used a solid block of basswood. I have shipyard drawings....no lines though so curvatures are all by best estimates based on drawings.

Accommodations and and deck are built one deck at a time from balsa to exact dimensions from general arrangements.

I've started assembly and prime and paint. Will be adding windows by hand. 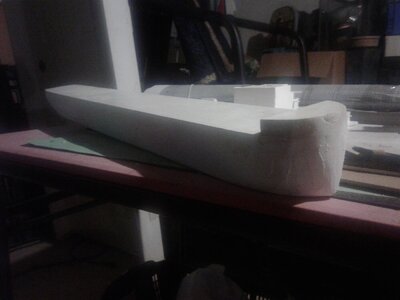 I am also a 1:200 scale as well. Fittings are going to measure to find for this one. Here is the accommodations etc... plus the hull.

Uwek said:
Many Thanks for starting this log - unusual ship (for us here in Europe) - so it will be very interesting to follow
Click to expand...

I wish I found this site earlier, so that is why I am posting "already in progress" build. This is an everday thing for us on the St. Lawrence Seaway, not to mention the many "salties" that visit.

Always been fascinated by these ships since I was a young child watching them transit the Detroit River. For those not familiar with the area, take some time and look it up. Detroit, Michigan, USA is right across from me. We see ships carrying windmill parts (look like missiles almost) from Europe/Asia, and other project cargo, ships from all over Europe/Asia visit regularly.

Sure...these ships are all pretty generic looking, and not much interesting history to them, but it's a big part of life and the economy in my region.

If it is not a problem to mention another site, check out the Great Lakes Model Builders and Collectors Facebook page. I am sure they have many members in the Detroit/Windsor area. One of their most prolific and knowledgeable builders is there for sure.
T

Tangopapa said:
If it is not a problem to mention another site, check out the Great Lakes Model Builders and Collectors Facebook page. I am sure they have many members in the Detroit/Windsor area. One of their most prolific and knowledgeable builders is there for sure.
Click to expand...

I am well aware of the group and am a member there as well.
T

I have ordered some fittings and am waiting on them to arrive before i carry on much farther. Making sure my prop sits as it should is mystandstill point. Fittings for the 1:200 will be more readily available as its almost 1/16" = 1ft. Here are some of the fittings I have purchased previously.

I've been laying out the location of where the anchors will be and have hopefully fixed my prop bubble as well. I know the anchor locations look high but once bulwark is installed it will look better. Also been working on the accomodation decks as well as the navigation deck. I think I will stick with painting the windows as i have tinkered with using styrene however my skill and confidence are not quite there yet but ideally long term...this will be the proper way to go. That way you'd be able to see thru the windows? 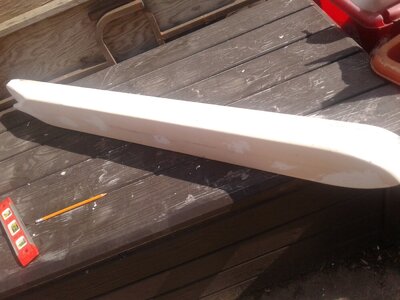 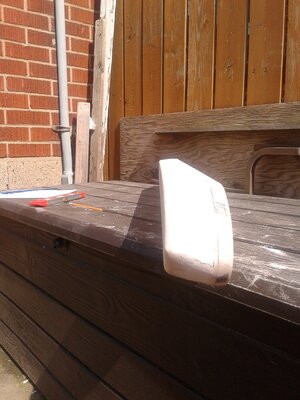 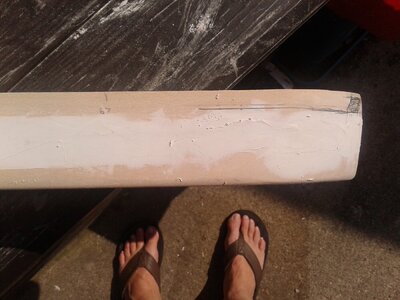 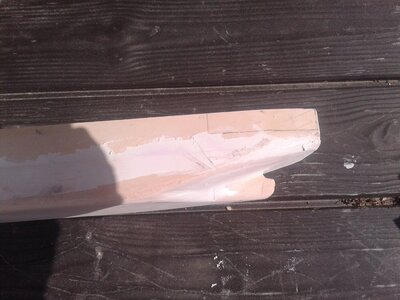 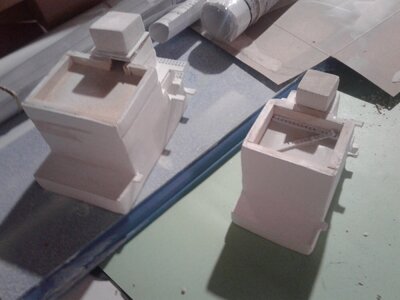 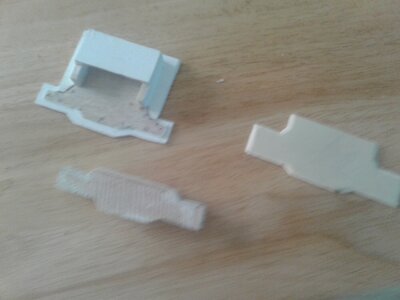 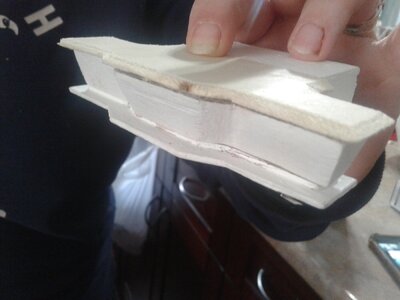 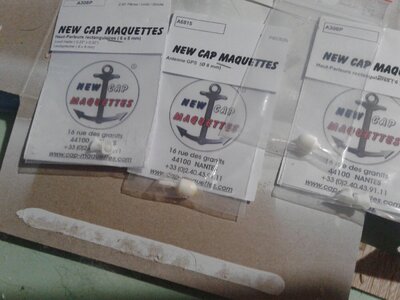 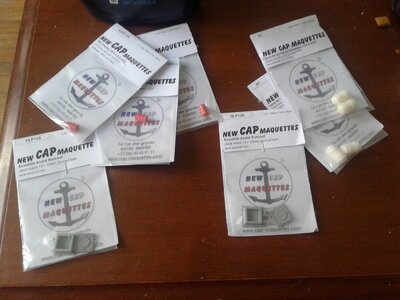 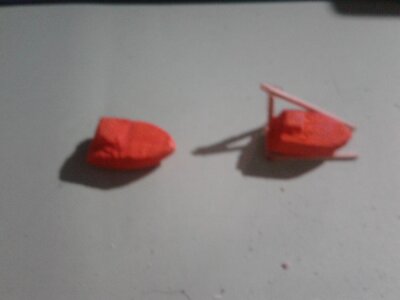