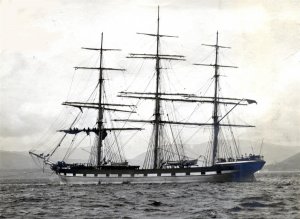 Is this the same ship?
http://www.bruzelius.info/Nautica/Ships/Merchant/Sail/A/Argonaut(1876).html
S

Yes, that is the one, A & J H Carmichael owners. Here is another ship of the same company, Phasis.
Bob 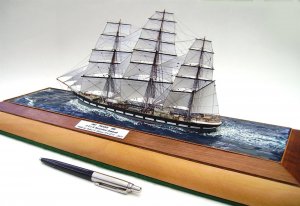 Another outstanding model. I don’t think I have patience or skills to model that small.
S

I have very little patience - that is why I build miniatures. Neither do I have the skill to fiddle about with hundreds of knots on large models, taking months or even years to complete them. The main reason why so many modellers cannot build miniatures is the fact that they decide they can't, and therefore never try. Bob

shipbuilder said:
I have very little patience - that is why I build miniatures. Neither do I have the skill to fiddle about with hundreds of knots on large models, taking months or even years to complete them. The main reason why so many modellers cannot build miniatures is the fact that they decide they can't, and therefore never try. Bob
Click to expand...

Bob that can be tru the way around,they say don’t have patience and skill to finish a big ship with a komplex rigging because they never try,but easy if you consider that the full project is hundreds of mini projects.For me is the fun is the building them by itself ,I don’t care how long takes to finish a ship,I am just enjoing them to do it.

I have the same opinion like @zoly99sask , for me the modeling work is the aim, and not to finish a model.
Enjoying the time with the model during construction.
S

Long ago, I did build large ones, but it took too long, and was too inconvenient (I was at sea at the time). I never build kits, because as well as the subjects being very limited, (usually warships), they would not be my own work. I could still build large ones, if I wanted, but I don't want to! I am usually getting quite tired of them by the time I am three quarters way through a build! By their nature, models built from kits are around in their thousands, and therefore not of much historic or other value (apart from to their builders). I like building models that are unique, or almost so. In that way, they have greater value both historically, and $ or £ or whatever. I have been told numerous times that I come into the class of modeller who knows the cost of everything and the value of nothing. But I know my models will be looked after, and treasured in the coming decades because they are usually unique, and their owners have paid a lot for them. My last four, Bellmore, Julia, Sicily and Gulf Stream (all completed since January this year) were all snapped up by collectors within days of completion, yet they scarcely warranted more than a casual glance at the local ship model society. I have never seen anything wrong with having a self-financing hobby. Many years ago, I did give quite a few away, but when they started appearing for sale in various antique shops, or auction houses, I called a halt on "freebies!" - Bob

Everybody should build what he wants and what he/ she is able.
This is the main aim of SOS !
And most of the modelers have no financial interest in their models, but only fun.
And this is good like it is!

Here are two large models that I built years ago. But I do agree about everyone building what they want - I guess I just don't fit in here! - Bob 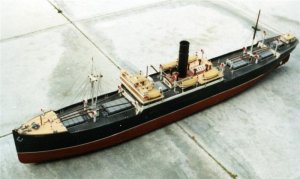 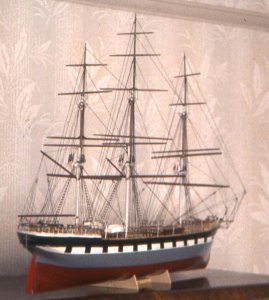 Bob ,nobody said you don’t fit here,you are building what you like too and thats ok.

But I am here in a forum where practically no-one builds anything remotely like I do. The one exception being the Premuda. My section Maritime History Build Logs: 19th & 20th Century has been complely dormant for months and months. If I don't say anything, no-one else does. I don't expect a continual round of praise and admiration, or anything like that, but it is a sad fact to me that I am completely out of place here, as well as all other forums. I have no-one to compare notes with, discuss building problems with, or discuss similar builds like the rest of you. Every so often, I waken up and make a determined effort to conjure up some interest on here, but always meet with failure. I guess I should just be content with the fact that they are popular amongst collectors. Bob
You must log in or register to reply here.
Share:
Facebook Twitter Reddit Pinterest Tumblr Email Link
Top