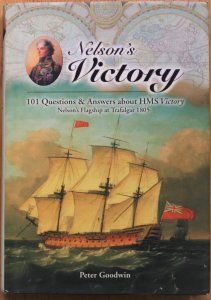 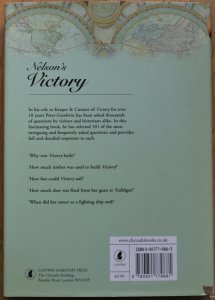 used copies between 10 to 15 Euros

With the approach of the 200th anniversary of the Royal Navy's greatest battle off Cape Trafalgar on October 21st 1805, much attention will be given to our most tangible symbol of that most ferocious engagement, Nelson's fully preserved flagship HMS Victory. Much has been written about HMS Victory but it is often simplistic and romanticised or clearly aimed at the technical requirements of the naval historian. In Nelson's Victory, Peter Goodwin adopts a fresh approach to explain the workings of the only surviving 'line of battle' ship of the Napoleonic Wars.
As Victory was engaged in battle during only two per cent of her active service, Peter Goodwin also provides a glimpse into life and work at sea during the other ninety-eight per cent of the time. As technical and historical advisor to the ship in Portsmouth, he is in a unique position to investigate an interpret not only the ship's structure but also the essential aspects of shipboard life: victualling, organisation, discipline, domestic arrangements and medical care. In his role as Keeper and Curator of the ship, the author has been asked thousands of questions by visitors and historians alike. In this volume he has selected 101 of the most important and telling questions and provides full and detailed responses to each: 'What types of wood were used in building Victory?'; 'What was Victory's longest voyage?'; 'How much shot was fired from her guns at Trafalgar?'; 'How many boats did Victory carry?'; 'What was prize money?'; 'What was grog?'; 'When did her career as a fighting ship end?', and 'How many people visit Victory each year?'. 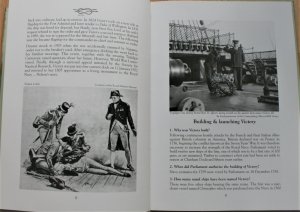 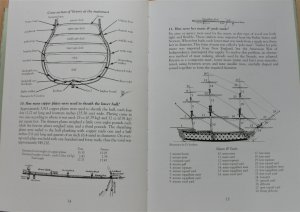 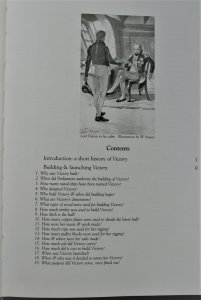 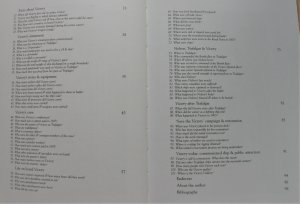 Here a review published in amazon years ago:
Mr Goodwin has produced some of the best books available on Nelson's ships and the Trafalgar campaign. This anthology of usual questions about the mighty ¨Victory¨ is very revealing and gives so many facts and statistics that one feels he just visited this floating museum. Here are almost all the questions that a layman or a specialist would like to ask, like the speed of ¨Victory¨, the kind of armament it had, the three kinds of shots she fired against the enemy, the total length of riggings, full diagrams of her sails, the quantity of oak trees that were used in her construction, the admirals she served under, the number and kinds of anchors it carried, the everyday life details of her crew in war and peace, the food and the sanitary conditions onboard, her famous battles, some secrets of sailing and special maneuvers and a lot more. The only serious drawback is the lack of color photographs but even so the book is highly recommended for everyone interested in the subject.

If you visit the original, you should have read this book. A nice small but very informative book written by somebody who knows the ship best. A nice read. Recommended for a fast information of facts about the vessel. 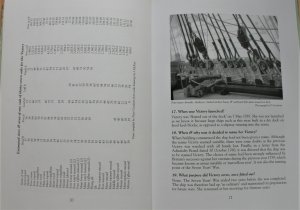 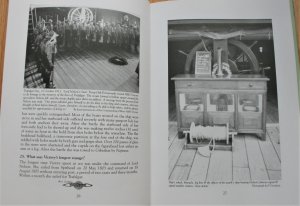 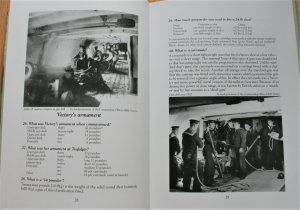 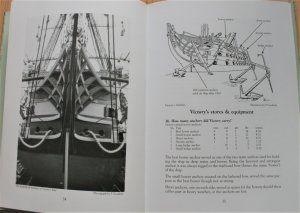 For further Look Inside photos please go to the next post 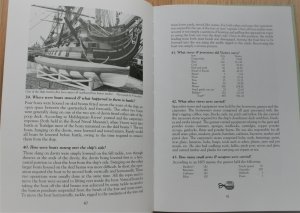 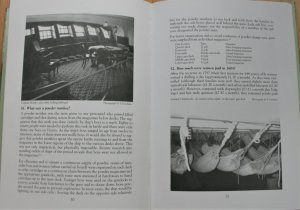 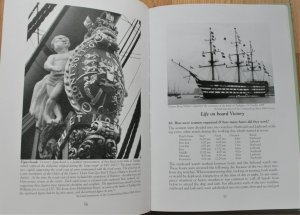 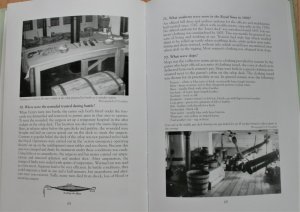 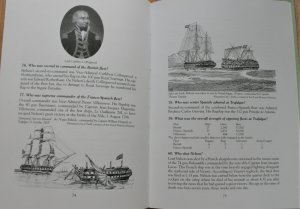 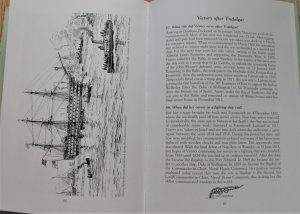 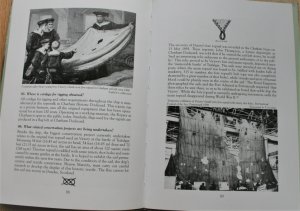 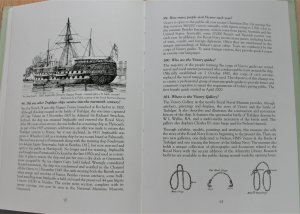