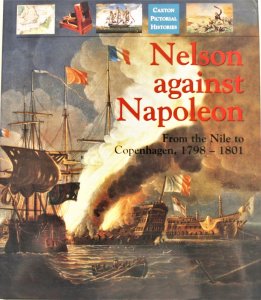 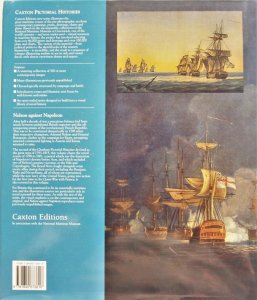 Used copies available already for 5 US$

After half a decade of war a precarious balance had been struck between undefeated British seapower and the all-conquering armies of the revolutionary French Republic. This was to be overturned dramatically in 1798 when their respective champions, Admiral nelson and General Bonaparte, clashes in the campaign for Egypt, promting renewed continental fighting as Austria and Russia returned to arms.

This volume is devoted to the great wars of 1793-1815 and charts the naval event of 1798 to 1801, a period which saw Napoleon's frustration before Acre and which included two of Nelson's greatest Victories, at the Nile and Copenhagen. The Royal Navy fought alongside some exotic allies during their period, including the Russians, Turks and Neopolitains, all of whom are representd, while the new navy of the United States, going into action for the first time in the Quasi-War with France, is also covered in this volume.

For Britain this continued to be an essentially maritime war, and the illustration sources are particularly rich in naval material for these years. As with the rest of the series, the visual emphasis is on the contemporary and original, and Nelson against Napoleon reproduces many previously unpublished images. 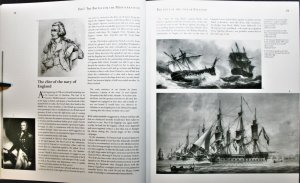 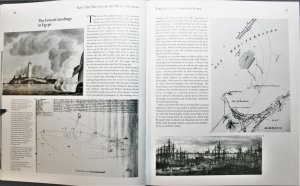 The historical introductions were written by Dr. Roger Morriss, who has just (at this time of publishing) from the National Maritime Museum to take up a full time career as a writer. He is best known for his study “The Royal Dockyards in the Revolutionary and Napoleonic Wars”, but has recently completed a survey of british naval documents in North American archives.
Davis Lyon is a major contributor to this volume. He is well known author of numerous works of naval history, including the definitive catalogues of British warships in the age of sail, The Sailing Navy List.
Other text and captions were provided by the editorial team of Chatham Publishing under the editorship of Robert Gardiner, the author of number of works on sailing warships, and guiding hand behind the recently completed twelve-volume “History of the Ship”-series. 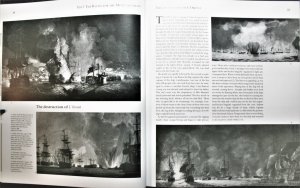 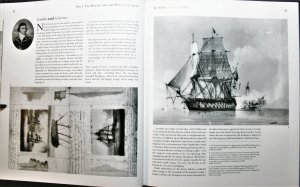 INTRODUCTION 1798 – 1801
PART I: THE BATTLE FOR THE MEDITERRANEAN (page 13 to 96)
The elite of the Navy of England
Bonaparte´s oriental adventure
Malta and the Knights
The French landings in Egypt
Nelson´s pursuit of Bonaparte
Battle of the Nile – the attack
The Destruction of the L´Orient
Pressing home the victory
The Hero of the Nile
Leander and Genereux
The capture of Minorca
Nelson and Naples
The Neapolitan navy
The Cadiz station 1798-1799
Russo-Turkish operations 1798-1800
Defence of Acre
The French stranded in Egypt
The siege of Malta
The Mediterranean Fleet under keith
The loss of the Queen Charlotte
The invasion of Egypt – an opposed landing
Victory in Egypt
Ships of the Royal Navy: the 44-gun two-decker
The Battle of Algesiras
Saumarez´s revenge
Cochrane and the Speedy
PART II: THE CHANNEL AND IRELAND (page 97 to 140)
Mars versus Hercule
Ships of the Royal Navy: experimental vessels
Rehearsing the invasion: attack on St Marcouf
French naval bases: Le Havre
Popham´s attack on Ostend
The destruction of Bompart off Lough Swilly
Ships of the Royal Navy: the Second Rate
Anglo-Russian invasion of the Netherlands 1799
Tightening the Blockade 1799-1800
Watching the Biscay ports
One against the odds
Captain Schank´s Q-ship
The wandering army
Cutting-out attacks in the Channel
Invasion threat
PART III: COLONIAL AND COMMERCE WARFARE (page 141 to 168)
West Indies 1798
The birth of a new naval power
America´s “quasi-war” with France
West Indies 1799-1801
The Black Ship
The Caribbean commerce war
Ships of the Royal Navy: the Sixth Rate
East Indies 1798-1801
Red Sea operations
“Dangers of the Sea”: dismasting
Indian Ocean raiders
PART IV: THE NORTHERN THREAT (page 169 to 183)
Forcing the Sound
Ships of the Royal Navy: Bomb Vessels
The Battle of Copenhagen
Postscript, Sources, Notes and Artists, Index 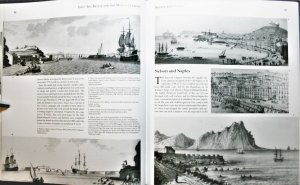 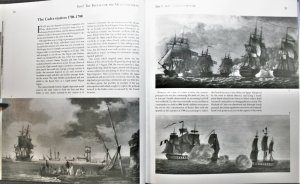 Besides the campaigns, battles and sieges, the book also illustrates many significant background aspects of this time, in the form of thematic inserts on such subjects as the ship types, the weapons and the organisation involved. Well documented, very informative, not going too much in detail, but gives a very good overview.
A valuable contribution to the understanding of how the years at the end of the 18th century was seen at the time.
Most of the information you can find somewhere else, but here it is shown in a good compendium - Highly recommended! 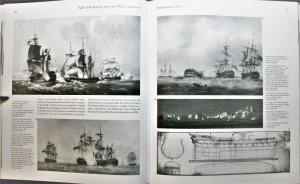 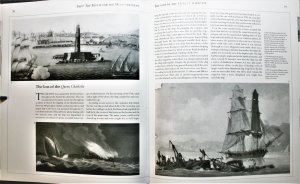 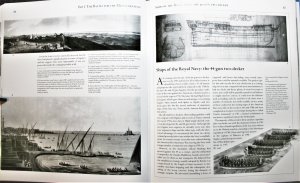 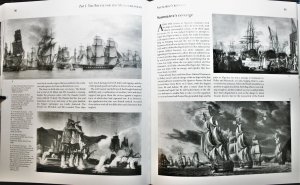 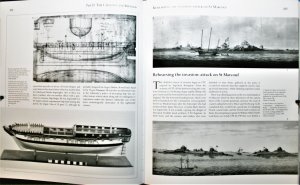 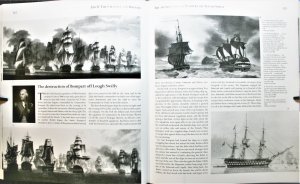 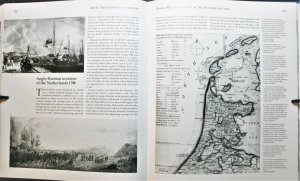 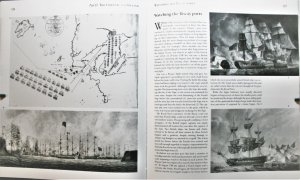 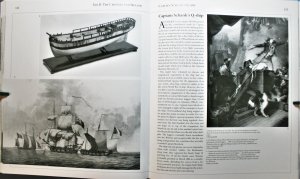 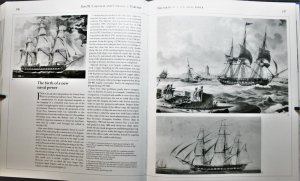 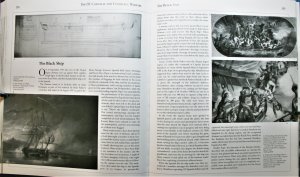 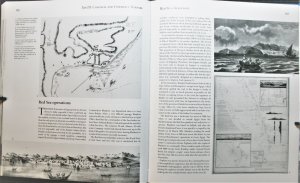 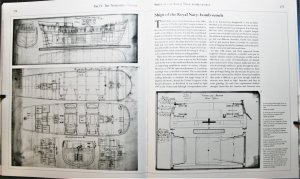