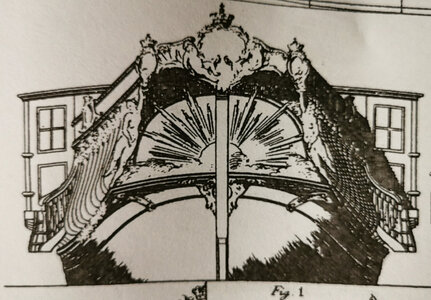 Hello all together, the baroque follows me even when unable to build...

The "pleasure galley" drawn by Chapman in his ARCHITECTURA NAVALIS is an outstanding example of luxuriously shipbuilding in the high baroque era. 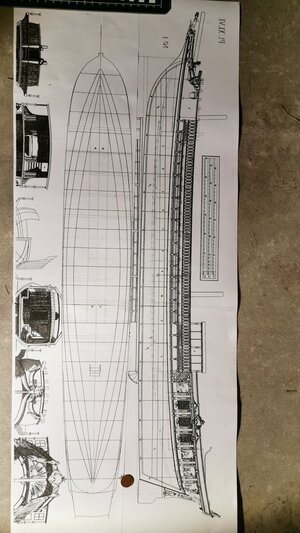 Scaled from my drawing book up to 1/65 I got some 560mm of length for the hull. I mirrowed the drawing and cut them out glued them together. So I figured out the breadth of the line drawing doesn't fit to the waterline's - morethan a plank's thickness. But later to this again. 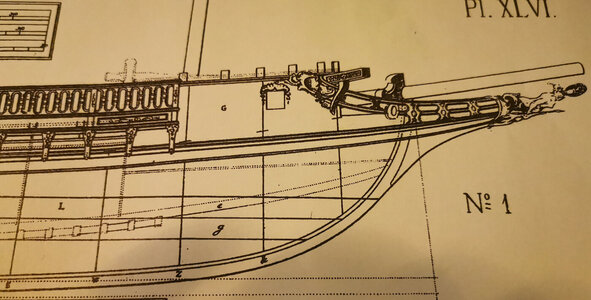 The hull does start with the charging femal warrior with shield and spear appearing to be Athene - the godness of war in the Greek gods family. Due to this I voted the Franch writing to name the pleasure galley. 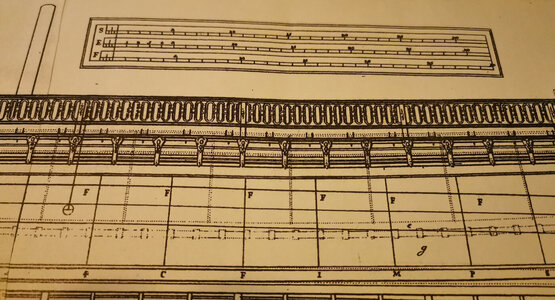 The next part is the "engine room" showing the ore/row blocks an iron or bronze fork to fix the ore in as an pivot keep aside from the hull as an outrigger the transfre the point of pivoting the oar outside the hull. 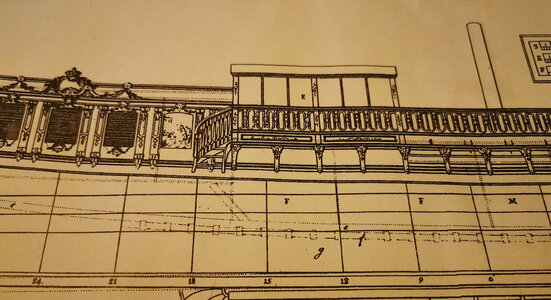 The third pard shows the personal accommodation of the owner. With cravings and oilpaintings outside. 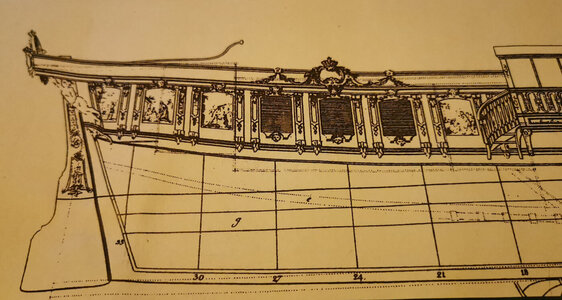 The transom showed above viewed us an idea of the luxury of the design and the sun set shown there bings our mind immediately to think on King Louis XIV. of France "The sun king". The size of the galley and the immense cost of such a ship isn't able to be efforted by a simple lord or a duke. So the Kings crown a top the transom shows clearly the royal ownership. But was it French? 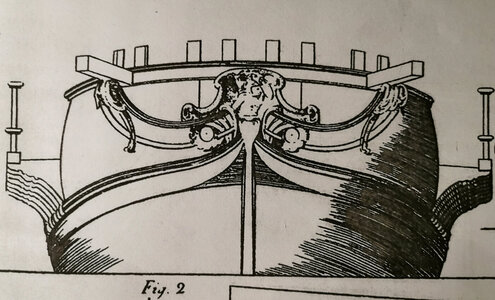 The front view gives some idea of the elegance this pleasure vessels was gliding through the waters silently pushed by the oremen's power on a warm day in the may. 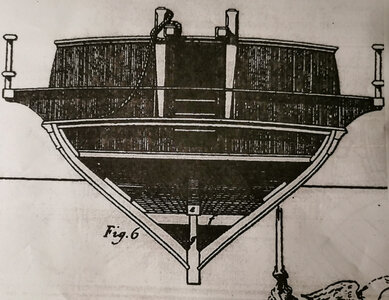 Here the cut off behind the back giving some idea of the technical equipment aboard. 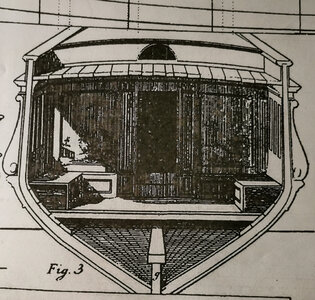 the opposite cut through is through the cabinet and shows the inner oilpaintings and the stairs. 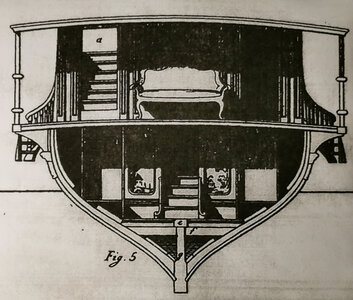 The cental cut though gives the couch to us in all its elegance.

I do think most interesting part of naval engeneering is the compleetly bent keel. - an interesting feature I never imagined to meet at such a huge vessel. (I do think about a 3D scetch in plastic to see what the galley will look like if I work her out in plastic on scratch.Not a project recently been build but a longer lasting dream.)

There are some in corrections to be mentionend:

In the Bulkwalk of the ore's men department is a shenanigans in the decor: 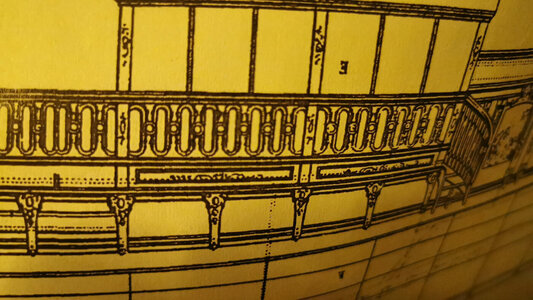 Chapman corrected the drawing by leaving a small curlicue away between two big ones. That has to be fixed.

But bigger are the following: enlarging my books side by 177,7% I was able to come to a 1/64 scale be measuring the E(nglish) gauge with 47,6mm for 10 feet. So I think I'll have the same right as any free man to get a copy of a ship in a working kind of enlargement, haven't I?

But as the pancakei n the frying pan runs crasy sometimes, the cutouts of the lines plan and the topview of the waterlinnes doesn't fit. (First I thought I may had cut out the right frame but named it in a defered way. But then I figured out the top view of the galley and the lines plan doesn't fit into each other. And hat the great chance to restart again.)

So I double checked by building a underlight table an astonishingly 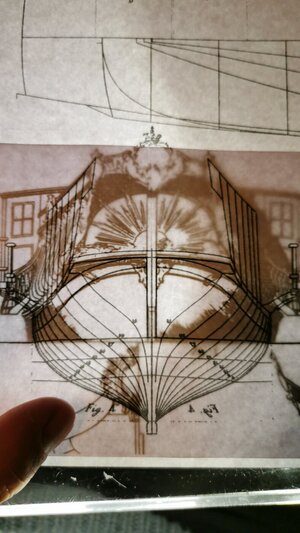 either transom as dimensions did exactly 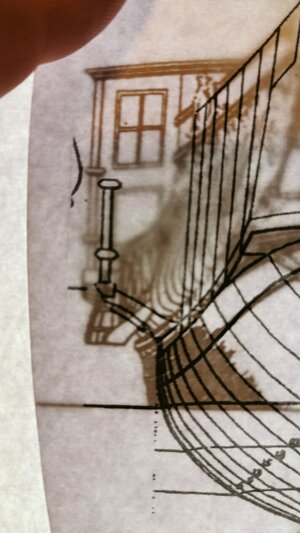 nor the side of the hull did fit between artist and construction drawings. Both from the same hand of Af Chapman in 1/8scale or 1/48 drawn on the vety same plate. So we need to know this duetotje following trouble we invoke by starting any idea of building this fantastic pice of naval architecture.

Also the index by Chapman says the pleasure galley had had 28 ores but there are 15 rowlocks being shown in the sidr view - giving us a number of 30 ores at all.