Greetings:
For the past few weeks, I have been looking about the forum at the types and kinds of posts and responses ... You all are very helpful and kind. Not a surly peg in the bunch. Though I’m sure there are some.
I saw some pretty fine models too.
As we are all aware ... the better models come from better planning. Perfect practice, makes perfect. So, the saying goes.
It has been a long time for the building of models for me. Long before four, separate and disparate career courses. Those are long stories unto themselves. Anyway, here we are nearly 40 years later and I find myself with that bug again. You know, the one that keep you up half the night doing research on one point or building on something until you get it just right or to the perfect stopping point. Wow I can remember when I was a kid (not goat, though some would call me an old one now) I would stay up for days to finish that favorite model. Ah, those were the days ...
It will be about a year before I actually start to build anything for the Morgan. I have even changed my mind three times as to what model(s) to build. Even this one is up in the air really; as I am truly only about 85% convinced that I want to build her.
These are the factors that keep from fully diving in (though to date I have about 200 hours in preliminary research and reading.)
There are many C. W. Morgan Models out on the market that would make my model insignificant.
I am sure that there is a ship that is out there some where that is of some import that has not been as “over built” as the USS Constitution, the Cutty Sark, or the Morgan. All of which are fine models in there own right. However, I am really looking for that something special.
And here’s the real kicker, I’m gifted with the special need for extra patience. That’s a humorous way of saying that I build my models with one arm tied behind my back while balancing on a high wire. Or, put strait forward, I am a Jerry Lewis kid ... I have a form of Muscular Dystrophy (MD) Not to be confused with (MS). Technically, it is CMT. This disease causes neuropathy in my hands and feet. (meaning I cannot feel anything). This in turn causes muscle atrophy (meaning the muscles in my hands and feet are wasting away.) I have severe tremors in my hands (meaning I’m not eating peas anytime soon; at least not without honey.) I eat my peas with honey, I’ve done it all my life ... though it sounds kind of funny, it keeps them on me knife.
I built an aircraft model diorama with son. We just finished it up. That went smoothly (took two years). It was in 1:48 scale. He is working on his own large diorama on a 4 x 8 of a WWI battle scene with aircraft, field troops, and vehicles the whole nine yards.
As one can see, I truly love a good challenge. There was someone that posted on here about being a Marine (Sempre fi) He said challenges brought the Marine out of him; I was a Naval Aviator during the Reagan Administration. Not too much going on back then. As a Naval Aviator “can’t” is not in our vocabulary. Or as one of my Senior Chief’s used to say, “Can’t never did nothin’”. 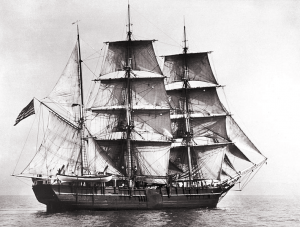 Think about all those whale boats... not as much work if you display them upside down or covered. What... not even a picture of an empty bench? I suffer from epilepsy and most everybody on SoS has one or more personal challenges. Perhaps if you are not yet convinced about building the entire CW Morgan you could just start by building one of her whale boats... an idea.. ??

mrshanks said:
What... not even a picture of an empty bench? Perhaps if you are not yet convinced about building the entire CW Morgan you could just start by building one of her whale boats... an idea.. ??
Click to expand...

Building the model is not so much of the challenge per se. I'm just wanting to build a model that cannot be found at the wally world's of model ships. As far the the picture the the empty bench. I posted some shots of my bench full of the aircraft noted above in intro section. Also, most of my gear is getting packed up for the big move across (or at least 1/3 of the way) the country from Ohio to Maine ... So, again that's why it will be far into next year before I even start this build and have lots of time for research, information and idea exchange. Methodologies are as different as we all are.

I don't make a big deal about my affliction so much, but only to bring awareness of the little known Disease. CMT was not discovered until 1996. Many are not even aware they have it. Because it may look or feel like other better known disorders like Carpel Tunnel Syndrome. But the real tell is the feet.

Again, the FIRST AND BIGGEST REASON: I want to build something unique. Not just a ship in a glass box. There a many, many Morgan models that have been built. Maybe a waterline diorama?

The whole idea is to be able to have the Morgan truly classified as "museum quality". There are many models out on the market for sale that make that claim, but i'd be willing to bet they could not past muster of an evaluation by Mystic Standards. I am reasonably certain I have the skills (patience) to pull it off. There is a guy out there who spent 2-1/2 years and over 5000 hours at building his. http://www.charleswmorganmodel.com/build-log-part-i---the-hull.html
A fine example of craftsmanship. He journals everything.

Right now everything is open for discussion.

Resin anyone? ... For sea water and crashing waves.

wesmaine said:
Resin anyone? ... For sea water and crashing waves.
Click to expand...

G'day Wes
I did a diorama for my Endeavour many years ago. (Unfortunately my model came of second best when we were moving last October. The removalist dropped the model and it was seriously damaged. It was put in a box to see if I could fix it, it appears that all the mask and rigging has to be done again along with the second planking on the hull)
Getting back to the diarama, I used silicon as the water and it turn out great. 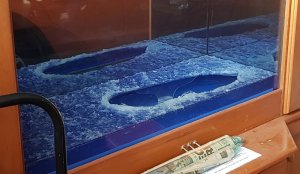 What a shame about your model. I had a house fire in '96 i rural area ... they saved the basement ... lost everything. Had a HUGE I love me wall from my Navy days. Been around the world 11 times. Now all I have left are stories. During those days I earn 28 citations and commendations ... and we weren't even at war.

On your Endeavour, did you make an ocean dio? or something else?

Very interesting to read and to follow - I am looking forward....

I have now post a small photo album of the above F/A-18 -- I would not call it a build log per se ... never intended that. but there are a couple of early shots I was sharing with a few people. The model now stand complete. It awaits a cover and I am waiting for my son to help with it ... its his model. And I'm trying to teach him a few things ... now about cabinet making.

OK, So, I'm about to move to Maine. That being said I have a glean slate for a work shop and bench. As for tools, I will most likely retool as most of the tool I currently have are geared for polystyrene. There are a few that cross over but I'm looking for better one's and will give these to my son as he remains here in Ohio to finish his edumacashcon. Then He'll be off to OCS.
So, I will begin with what I hope to be a key feature of my new shop / Bench. 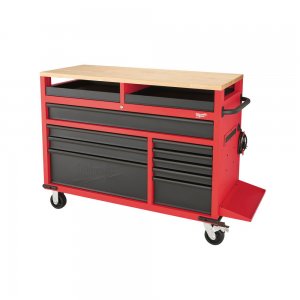 This will be modified a bit to look like the following video.

Here are a couple of working criterion.

4. Scratch built from plans either purchased, drawn or acquired free domain. Requires an investment in tools. Considering most plans found today are in computer format some knowledge in CAD is extremely useful. At least the ability to view, edit, and print simple PDF documents is a great skill to have. At the higher end of this criterion are the use of lasers and CNC machines to assist in parts fabrication.

Not sure if this deserves it's own category... feel free to place it where.... just happens to be where my crew is working at the moment....

mrshanks said:
4. Scratch built from plans either purchased, drawn or acquired free domain. Requires an investment in tools. Considering most plans found today are in computer format some knowledge in CAD is extremely useful. At least the ability to view, edit, and print simple PDF documents is a great skill to have. At the higher end of this criterion are the use of lasers and CNC machines to assist in parts fabrication.

Not sure if this deserves it's own category... feel free to place it where.... just happens to be where my crew is working at the moment....
Click to expand...

Mystic Seaport in CT, has plans available for the reconstruction / retrofit of the Morgan. They make those plans available for purchase from their archives. They are not cheap but, but fast than drawing or rescaling something else.
Last edited: Sep 4, 2018

Well, I am working on drafting the steps for building the Morgan. So for it, look like this. As I actually build these steps. I plan to offer photos of the step and mis-step as I move forward. In-put is greatly appreciated.
"No man is an island entire of itself; every man
is a piece of the continent, a part of the main;
if a clod be washed away by the sea, Europe
is the less ..."
John Donne
PHASE 1 ASSEMBLY -- Framing the Plank-on-Bulkhead Hull

I think for my next build it will be the Bonhomme Richard ... maybe I wont be late for the party.

wesmaine said:
I think for my next build it will be the Bonhomme Richard ... maybe I wont be late for the party.
Click to expand...

We'll see. I gotta start this one.

A few videos of the Morgan for your pleasure ...