The first fleet was the 11 ships that left Portland, England to start the first penal colony in New South Wales which later became the country of Australia. Captain Arthur Philip was selected to lead this ambitious undertaking on 13 May 1787 to relieve the pressure on the overcrowded prisons in Britain. The first fleet was the first settlers of Australia who founded the nation we know today. These first settlers included prisoners who were transported to Australia to resettle them forcefully.

During the 1770s and 1780s, Britain was overwhelmed with a massive amount of crime due to poverty, unemployment and horrible living conditions. The strict law gave harsh punishments and sentenced many people to prison which led to an increase in prisoners. As a result, prisons were severely overcrowded and convicts had to be housed in old ships where many died from diseases. Consequently, the government had to come up with a solution to house prisoners. Hence, they shipped prisoners against their will to a penal colony in a distant land.

The first fleet ships embarked on a voyage with the signal of HMS Sirius. The first fleet consisted of two Royal Navy Escort Ships including HMS Sirius and HMS Supply. It also included six convict transports namely Alexander, Charlotte, Friendship, Lady Penrhyn, Prince of Wales and Scarborough. Three store ships were carrying the food and supplies needed for establishing the settlement. These were Fishburn, Golden Grove and Borrowdale. The first fleet ships were carrying about 1500 people which included marines and government officials along with their families and about 775 convicts. Convicts were both men and women, and were mostly British. However, some were African, American and French.

The journey lasted for about 8 months. The first fleet ships made some stops in Rio de Janeiro, Santa Cruz and Cape Town as they sailed to Australia. After a dangerous cruise across the Great Southern Ocean, it finally landed in Botany on January 27, 1788. This location was chosen because James Cook had previously discovered it on his travels almost 8 years earlier. However, Captain Philip soon realized it was an unsuitable settlement. Thus, they expanded to Port Jackson, present-day Sydney which marked a significant moment in history. The arrival of the first fleet ships in Sydney established the European Australia. Captain Philip became the first governor of the colony, who named the site Sydney Cove.

The HMS Sirius led the historic journey to Australia, carrying a crew of about 160 men and ammunition for the fleet. Under the command of Philip, HMS Sirius sailed to Australia and reached Port Jackson a few months later. Sirius remained with the settlement unlike most other ships who returned to England. The ship was severely damaged when it sailed to Cape Town to obtain food for the colony. Later, in 1790, the Sirius sailed to Norfolk Islands in order to deliver more soldiers, convicts and supplies. Even though it was successful in unloading the people, the Sirius was unable to get the supplies ashore due to the bad weather. After an attempt of landing the supplies on Sydney Bay by Captain Hunter, the vessel drifted too far into the bay. It was shipwrecked on a reef on March 19.

The expedition of the first fleet ships and the early settlement in Australia is considered to be a legacy in present day. It set the foundation for the formation of modern Australia and the experiences of the residents has constructed modern Australian identities. Australian history has been shaped through the hardship accompanied with the development of the early settlements and the challenges of the penal colonies. The early settlers are embedded in historical memories today, painting them as brave, steadfast colonizers who endured great hardships to found the state of Australia. From 1818, 26 January has been celebrated officially as Australia Day, marking the anniversary of the arrival of the first fleet ships.
The arrival of the first fleet is still considered so significant that model ships of the first fleet, especially the Royal Naval Escorts have become increasingly popular. The replicas and relics of the first fleet are showcased in the Museum of Sydney. Wooden model ships capture the essence of ships in the 18th century with features such as wooden planks and characteristics of the original vessels including their decorative fixtures. Vessels such as HMS Sirius and HMS Supply have quickly caught the attention of people who love history and are enraptured by their gun ports and sails. 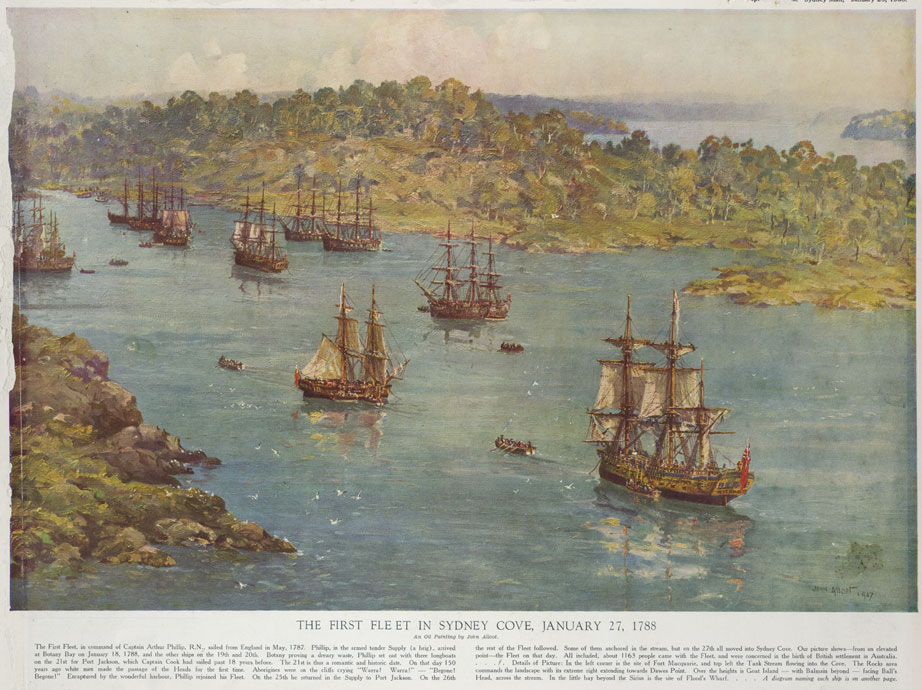 The expedition of First Fleet Ships on January 27, 1788, & the early settlement in Australia. The foundation for modern Australia's formation. 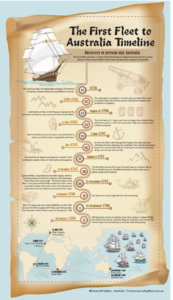 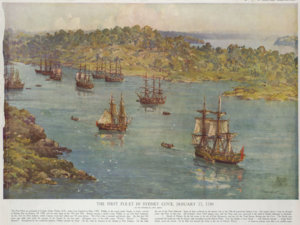 Many thanks for the historical information given in this topic.
During the preparation of the "Today in History" - Topic, I made several posts of the mentioned dates !

Every calendar day over the year something happened in the past centuries. In this thread we are remembering historical naval events like battles, casualities, launchings etc. We hope, that this thread could be interesting for you, and we ask you all to cooperate and share with the members...
shipsofscale.com

Indeed, very interesting. Many thanks for sharing.