Trident models, say they produce 15 kits a month, I am number 45 on the list that is not yet numbered, then I am 2 months after
first kit was shipped from supplier, i think.
By that time, there are probably many who have started a build log, I will probably wait a while to see how the logs develop.
If I am not mistaken, it is UWE that receives the first set and goes ahead as a good example.
I also have the book, which I will study while there are many others who have started their building, then there is a lot to compare with.
Patience.
Knut-
S

with our local post as it is, 2 month wait isn't too bad!
G

NMBROOK said:
Don it is a fair point,however there is a couple of issues;

The first is that whoever does the practicum would have to be months in front in order for other's to follow.The writer may make tweaks only to find he has created another issue and in effect led builders in the incorrect direction.

To produce,the practicum would take many hours and put the writer further behind other builders rendering the exercise of little use to those builders.

IMHO the only way to do it properly would be for the writer to have built and completed the model BEFORE publishing it on SOS.

In response to some of the message above……
I think what Don is looking for should be called a support group. Not really a practicum (whatever the word means for different people).
A practicum would be put together by someone: after or as the model is being built, which as was mentioned takes time. This kind of work would be published well past model completion.
Having as many members as you have in the list for this kit, it would a good idea to prepare for such support group: not just individual building logs. By adding a thread dedicated to reading the plans and general info on the construction, etc.... Something to ease the building process. Although, this is a kit so need for such support group may not be needed as much as a scratched built animal. And before someone qualify me as an elitist, I have the utmost respect for all who build kits.

What I started, then, was NOT A PRACTICUM. It was a SUPPORT GROUP dedicated to the construction of a particular ship: a new (at the time) monograph. The idea of the project and purpose of the group was actually envisioned before publication of the English documentation: remember, I am part of the "crew" who participated in the English translation of the monograph, so I knew it was coming out.

Through the support available and often needed, through the methods used for the construction by each member, we created an environment that was supposed to ease the building process. Through the availability of a dedicated avenue for communication (extensive discussion forums) including several languages (at one point the forum included French, English and Italian translation of most every post), through the willingness of a number of members to actively offer their support, know-how and experience, all members were benefiting from the discussion and preliminary documents created: ie, newsletters, dedicated websites, etc.. All created mostly to attract English speaking participants.

So the group was originally created to support members and to promote the type of construction offered (planked on frame construction).

As the project evolved, it became more than the original idea. The practical construction, the amount of information generated in regards to the actual construction of the models, the international interest of the project slowly moved towards a new goal. At the height of the project, I had been in negotiation with a US publisher to put all this information into a “practical model ship building treatise”. The goal was transformed to have this work published. Actually very similar to the new work recently published by Ancre: except, a larger undertaking (likely a 2 to 4 volume work), a full treatise on Planked on frame model ship construction: yes, a very ambitious project.
At that point, as a published work, one may have called it a practicum.

Today, I do believe that many model ship builders have a thirst for this kind of information. Although many here have “logs” most do not give out much in the way of practical information as to how it is done. It is unfortunate but it is the way it is. This kind of documentation, this kind of experience takes way too much time to make available, especially when someone feels that they have to produce in what is often a short time period.


PS: To the moderators,
I understand that this has very little to do with the subject line of this thread, so please delete this message at your discretion. Thank you.
Last edited: Jan 13, 2020
D

that is exactly what i meant, if it is not practable then so be it, in order for something like that to work it needs for a lot of members to particapate one person can not do it, again just my 2 cents. Don

Even its support for the build ,sombody needs to be ahead of the build to address all the issues than the other builders can join the support also Trident can participate in the support conversation.
G

zoly99sask said:
Even its support for the build ,sombody needs to be ahead of the build to address all the issues than the other builders can join the support also Trident can participate in the support conversation.
Click to expand...

Ok, but not necessarily as specific builder related issues or problems will come up along the way and be resolved as the build moves along. You cannot expect all builders to build at the same rate. Also some will be comfortable with steps while others will have some issues within the same steps.
For a kit, a serious manufacturer will have tested the build, so the builder should be confident that the model can be built, that all the parts are there and can fit fairly well before the kit is released. There is also the manual to help. On those last 2 points....... At least one would hope so.
It is funny how we seem to need to follow someone's steps to feel confident in our own ability. Why do we need a test driver?
Within the list of interested members, I am sure there are enough people who have enough experience to guide the rest.

We will create a support thread for the group build when we get there.

A proposal for a support group.
Tools and chemicals that can be good to use.
Glue that can be purchased elsewhere a US, ex, titebond. and about where on the model they can be used.
Tools, what is the most important thing we should have at hand.
Information on different types of oil (poly).
Chemicals for black metals, (Brass Black).
Tips and techniques that may be good to know something about.
And, an opportunity to search for, for example (Oils / poly), traceability.
And finally, goals in both mm / in.
Just a thought on my part, since there are model builders from all over the world who are interested in this model, ALERT.
Regards-

So, the predicted output from the manufacturer is only 15 a month?

ken s said:
So, the predicted output from the manufacturer is only 15 a month?
Click to expand...

Then what I have remembered is wrong, I mean to have read it here, when it was talk of production capacity, 15 pieces a month, and delivery, I think.
Sorry if it's wrong.
G 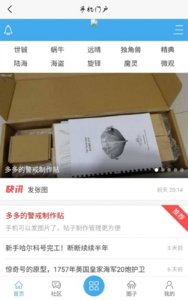 I know how it feels, I can read picture only
S

gisel said:
I know how it feels, I can read picture only
Click to expand...

I think my postman will have a problem

Nope,why should be and where?

zoly99sask said:
Nope,why should be and where?
Click to expand...