I was given this ship and trying to identify what could be its name. it looks like a Cutty Sack or a Flying Cloud but either the bow or the stern varies.
Thoughts? 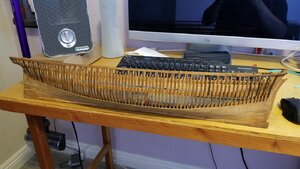 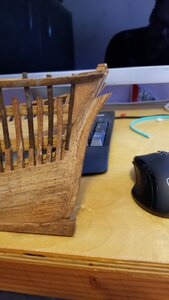 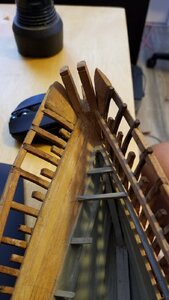 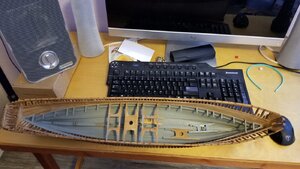 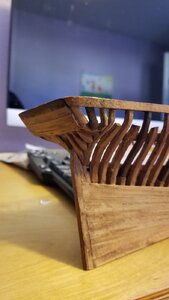 It does looks like a Cutty Sark to me.
I

atern is too square for the cutty sark, This is an 1950's american clipper 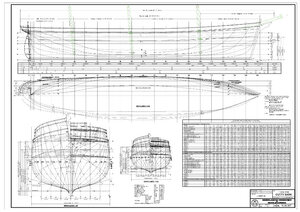 This model almost has a transom. I do not know of any British clipper with this stern
I

here is the stern of Donald McKay's Flying Fish. Note the shape of the rail from above (circled in red). Your model is shaped like this. May not be Flying Fish but it is certainly like her. 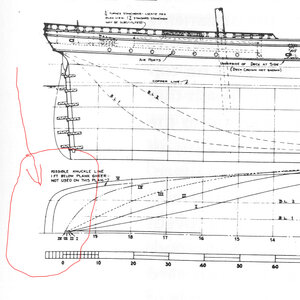 Its a plank on frame model, so its not a kit. It could be any tea clipper.
Have a look at the Thermopylae. It looks very similar.
I

Thermopylae ihas a round stern. This ship if not the actual predates composite tea clippers. It's a great model by the way

my first thought was it is not a clipper ship because american built clippers had rounded sterns.
Then i checked American built clippers by William Crothers and found some clippers did have a square stern.
out of 150 clippers listed 23 of them had square sterns so you could narrow it down to 23
next measure the model from stem to stern and see if the length can be determined which might be hard because you dont know the scale.

Clippers were first built with transom sterns and later replaced with the rounded stern. so this hull can very well be pre 1850 It was William Webb from New York who built transom sterned clippers the most famious was the Comet.

in 1800 Robert Seppings introduce the round stern at the Chatham shipyard in england by 1832 William Symond introduced the elliptical stern. By the 1840s clipper ships were using all 3 types of sterns the Transom stern, the rounded stern and the elliptical stern but it did not take long for the transom sterm ( which you hull has)
to fall out of use because of its structural weakness and was quickly replace with the round sterns.
So we can date your hull between 1832 and 1851 american built.
my guess is to look up the first ships built by William Webb of New York