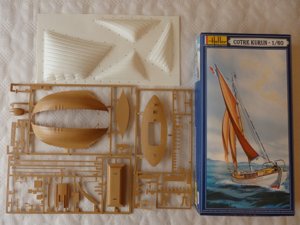 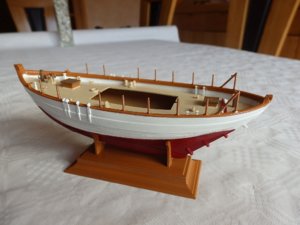 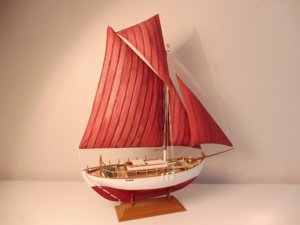 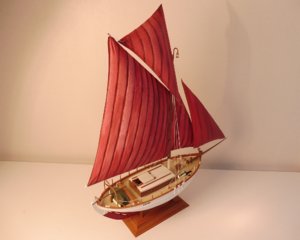 looks good to me

Some detailed photos of the Kurun 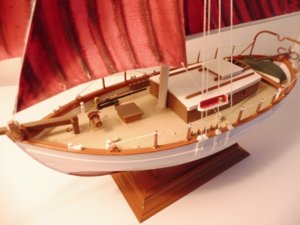 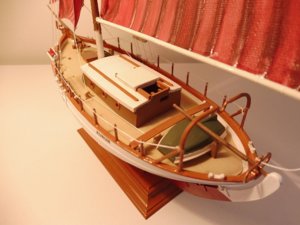 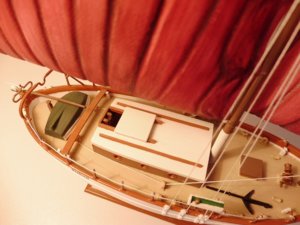 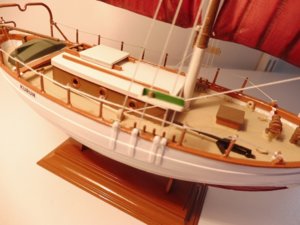 Well done. I once had this kit on my shelf, but never built it. This is the boat that did the 3d solo circumnavigationOver a period of over 3 years, starting in 1947. The French sailor, Jacques-Yves Le Toumelin (if my memory is good), was an experienced sailor whose periple was short lived by WW2. Luckily the boat was not lost during the war and he could finally make this voyage, which at the time, still was an extraordinary performance.

The boat was built to withstand any rough sea, and took advantage from the experience of his predecessors Slocum (Spray) and Gerbault (Firecrest). Le Toumelin insists that he built a wide boat in Norwegian style, better able to withstand following seas. He still had if I remember well a capsize in the whereabouts of Indonesia.

Le Toumelin was one of my youth heroes, and he surely triggered my love for the sea, for sailing, and for ships and boats.

Thank you for sharing these pics

Google Translate:
Thank you JPC for this additional information on the Kurun. Glad to have you remembered this ship. cordially