during the modelling days in the Maritime Museum Hamburg I had a chance to see a small but very impressive photo exhibition of the Peking.
“The Peking - across the Atlantic on a Dock Ship”
These photos were made at the time Peking was transfered from New York to Germany

Special exhibition with original objects and photogtaphs by Jan Sieg, that narrate the last crossing of the Atlantic Ocean by the Peking, one of the last legendary “Flying P-Liners“. 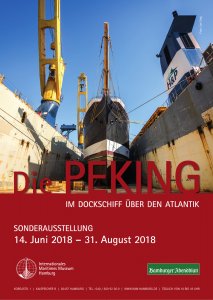 Short summary about the ship:

The Peking is a steel-hulled four-masted barque. A so-called Flying P-Liner of the German company F. Laeisz, it was one of the last generation of cargo-carrying windjammers used in the nitrate trade and wheat trade around Cape Horn.

History
Peking was made famous by the sail training pioneer Irving Johnson; his footage filmed on board during a passage around Cape Horn in 1929 shocked experienced Cape Horn veterans and landsmen alike at the extreme conditions Peking experienced. It made this trip around the cape to Chile 34 times.

Nitrate trade
Peking was launched in February 1911 and left Hamburg for her maiden voyage to Valparaiso in May of the same year. After the outbreak of World War Ishe was interned at Valparaiso and remained in Chile for the duration of the war. Awarded to Italy as war reparation she was sold back to her original owners Laeisz brothers in January 1923.

She remained in the nitrate trade until traffic through the Panama Canal proved quicker and more economical. 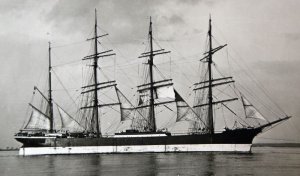 Arethusa
In 1932, she was sold for £6,250 to Shaftesbury Homes. She was first towed to Greenhithe, renamed Arethusa II and moored alongside the existing Arethusa I. In July 1933, she was moved to a new permanent mooring off Upnor on the River Medway, where she served as a children's home and training school. She was officially "opened" by HRH Prince George on 25 July 1933. During World War II she served in the Royal Navy as HMS Pekin.

The ship is featured in many exterior shots of the 1964 Miss Marple film, Murder Ahoy! standing in as the Battledore, a charity-run training vessel for wayward boys.

Museum ship in New York
Arethusa II was retired in 1974 and sold to Jack Aron as Peking, for the South Street Seaport Museum in New York City, where she remained for the next four decades. However, the Seaport NYC did not see the Peking as part of its long-term operational plans, and was planning to send the Peking to the scrap yard. A 2012 offer to return the ship to Hamburg, where she was originally built, as a gift from the city of New York, was contingent upon raising an endowment in Germany to ensure the preservation of the vessel. 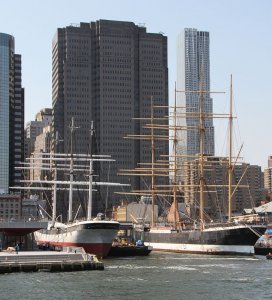 Return to Germany
In November 2015 the 'Maritim Foundation' purchased the ship for US $100. Peking is intended to become part of the German Port Museum (Deutsches Hafenmuseum) at Schuppen 52 in Hamburg for which €120 million of federal funds will provided. She was taken to Caddell Dry Dock, Staten Island, on September 7, 2016, to spend the winter. On July 17, 2017, she was docked, and two days later, she was transported, at a cost of some €1 million, in the hold of the semi-submersible heavy-lift ship Combi Dock III across the Atlantic, arriving on July 30, 2017 at Brunsbüttel.


Refurbishment in Germany
On August 2, 2017, she was transferred to Peters Werft located at Wewelsfleth for a 3 year refurbishment at estimated cost of €32 million: 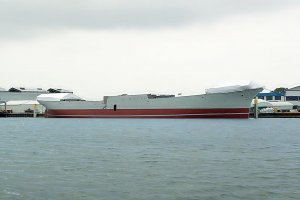 There might also be an opportunity to make her sail again

When you see the photos of her status in 2017 - it is a shame, that not much was done to keep her in an acceptable conditions 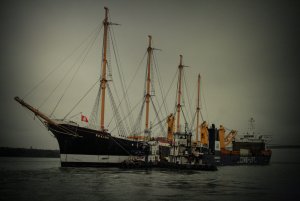 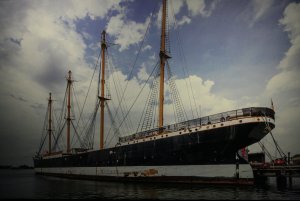 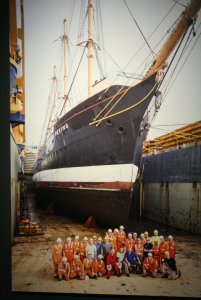 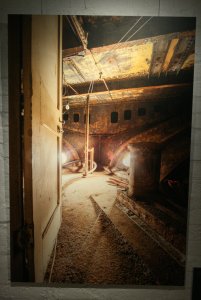 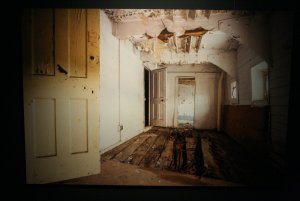 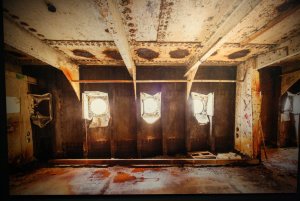 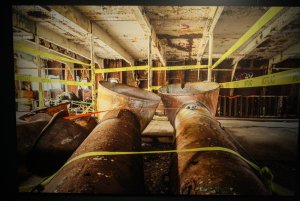 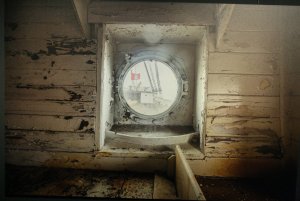 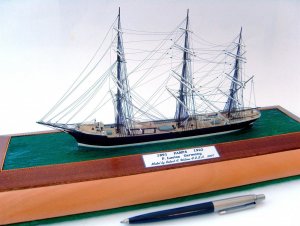 I guess, that the once restored Peking will produce new public interest
S

Pity they lost the Preussen - Bob 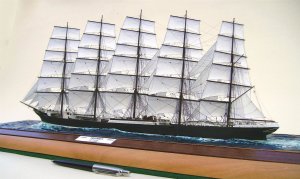 Yes....and (as I remember) only because some other captain forgot the traffic regulations and rammed her.
And I think the captain or master of this vessel made later suicide, due to the fact that he lost his license - on sea a lot of men met their fate
S

Yes, it was the British Ferry Brighton, that misjudged the Preussen's speed and tried to cut across her bow. Preussen rammed Brighton, but was not at fault. Lost bowsprit and half of foremast and became unmanageable, and went ashore at Dover, becoming a total loss. I believe part of the wreck is still visible at very low tides. Bob
S