This model was built using a Lindberg plastic kit that roughly represents the square bridge version (there was a rounded bridge as well) at a scale of about 1/125th, although this model is not built to represent any particular ship it does carry a representation of the measure 22, camouflage (1945 revision paint scheme), this kit included all required equipment for motorisation without radio control.

This kit was originally built in 1984, using Sanwa AM radio control, then upgraded in 2012 with modern miniaturised 2.4 gig, radio using two channels, one for rudder and the other controling motor speed, forward and reverse. Also adding Telemetry for battery voltage.

Later still after reliability issues with the gearbox, I decided to go with twin small Brushless Outrunner motors with separate speed controllers, Radio now being a Taranis 9Xd programmed via Open TX Companion.

This model is not up to the normal standard built on this site though it is enjoyable to operate. 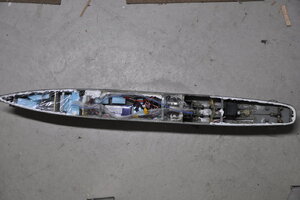 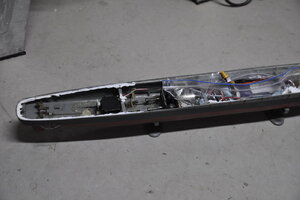 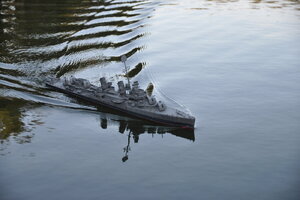 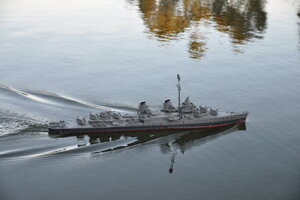 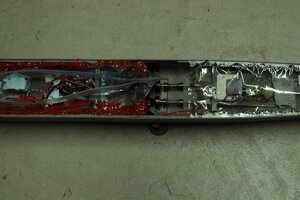 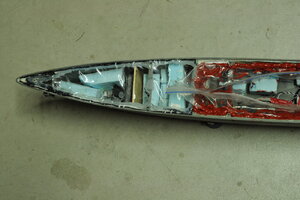