My initial build log on my Dumas “Shelly Foss”, .4” to the 1ft scale, I believe 1/30th scale. Finished dimensions, length 36”, beam 12”, draft 7”. I haven’t decided to go static or make it operational. I will proceed as if it will get wet.
I acquired the model over thirty years ago from a friend. At that time I was serving in the U.S. Coast Guard. As life goes, I had very little extra time, however I did start working on the Shelly Foss. I laid out the keel and transverse strakes and longitudinal framing and glued it up. Once I had the structure I started gluing the plating on. There are basically six strakes, three on each side. Starting with the keelson strake I epoxied and clamped them on. It was challenging. I decided to square up the strake and epoxy one longitudinal frame at a time and work the bends out as it cured. Well what I ran into next stalled the project until now, the strake was too wide, it didn’t line up with doubled longitude so a sound butt joint could not be made to the next strake without trimming over an inch off the whole length. I knew what had to be done however couldn’t produce an acceptable process to trim the plywood strake and continue to epoxy in the remaining strakes. Then life takes over and thirty years later my model is on my workbench now. 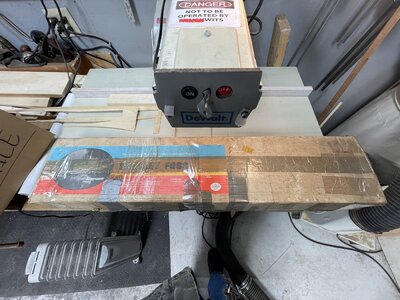 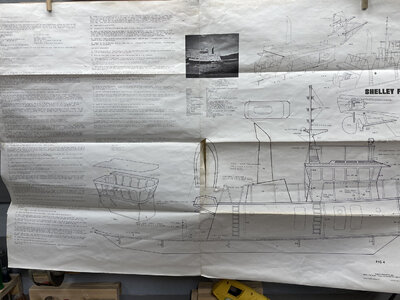 So I have inherited a yet to be finished model from my younger self that has a few issues I now have to figure out.
The issues:
1. Trimming the keelson strake to meet double longitudinal.
a. I used my Dremel Multi Tool (vibrating cutter) to cut excess from keelson strake, I’m learning
as I go and am getting nice results. 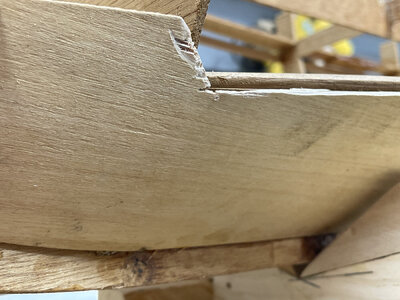 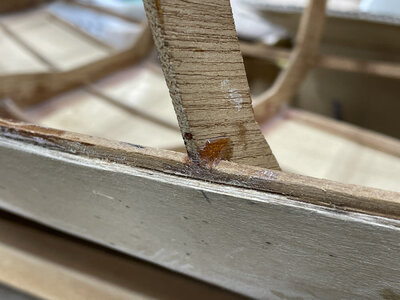 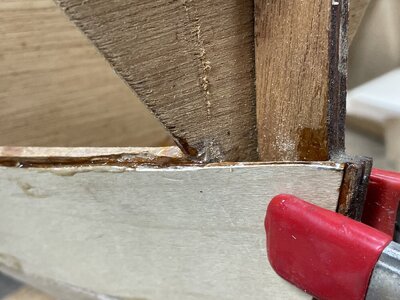 2. Re-gluing busted joints from years of moving around.
a. Epoxied and fixed issues.
3. Fit remaining strakes, they are warped from time and light.
a. I found that using my bench sander sculpted the strakes for a nice fit. Luckily it’s going to be a painted hull, it will hide most of my fitment woes.
4. Keelson strake has two real prominent bulges from improper gluing and clamping.
a. I cut reliefs in plating to allow the strake to lay flat in relation to the support structure. Great results. 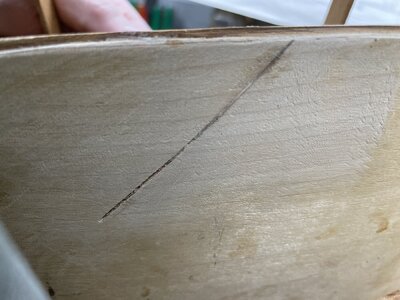 I think I have overcome my earlier selfs attempts at model building and I am moving full speed ahead. 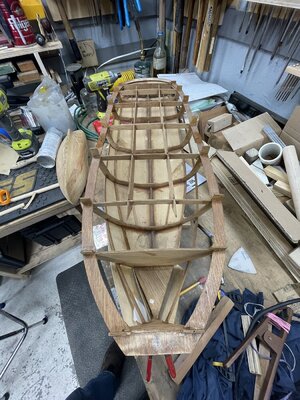