I ordered a limited edition Yenko 427 Camaro in 1/32 scale. It’s a slot car, so best of both worlds because it’s a working model!
But when I received it, I was disappointed with how the driver was painted and the interior was too light and needed more detail. So I took it apart and decided to mod it even thought it is a limited edition.
Let’s look at the driver... 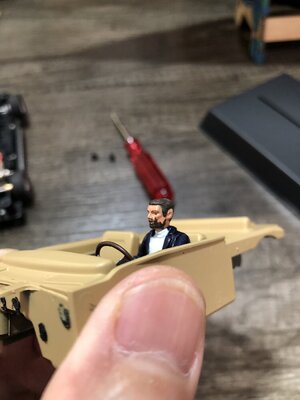 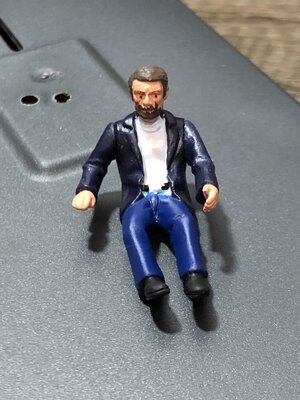 Not sure what they were thinking on that beard...but it’s horrible and he looks like a monster...lol.
So I dry brushed his clothes and repainted his face and hair and gave him a goatee. 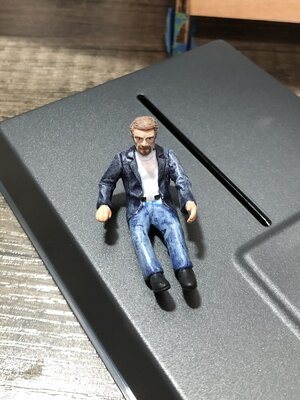 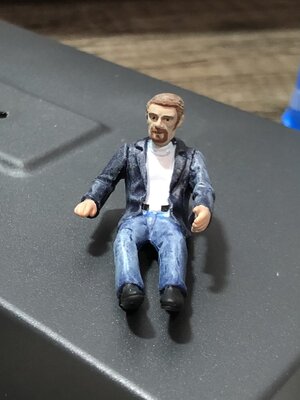 Now that the driver is presentable, let’s look at the interior...hmm too light for my taste. The car is gold, so I’m thinking a darker color. 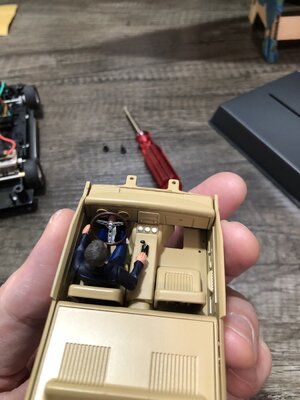 So I decided to go with a saddle brown, which was a GM color in that era, so I dry brushed that after putting a base coat down. Then added the detail for handles gauges, etc. 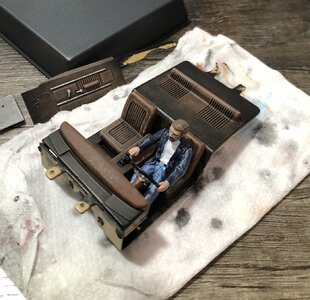 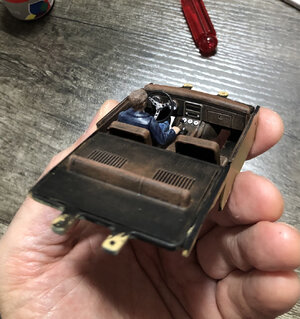 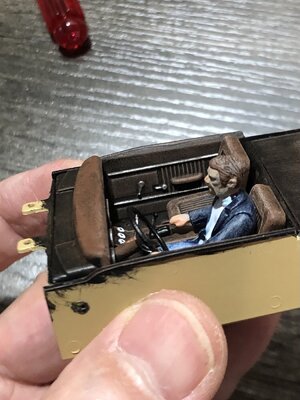 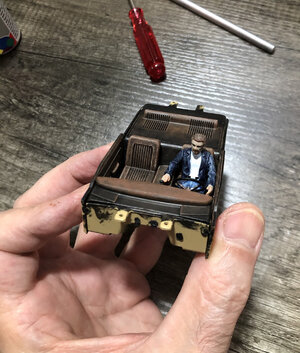 With driver in seat and interior done...it was time to put the car together again... 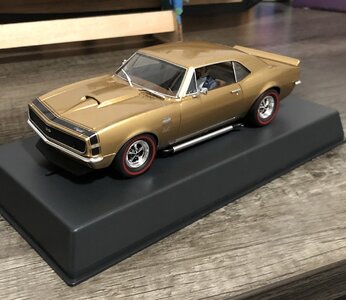 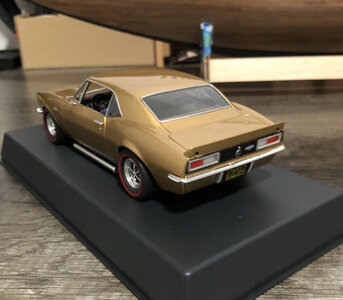 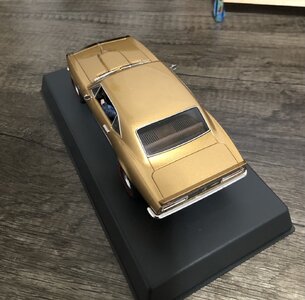 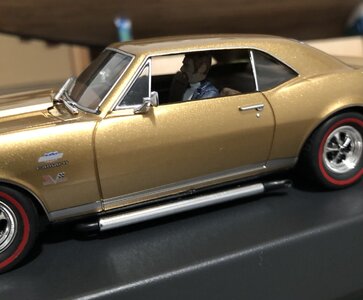 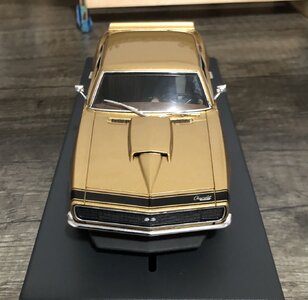 I’m happy with the darker much improved interior and driver. I made a few changes to the car too, that were subtle. I painted the side pipes black, except where the heat shield is. I also painted the lug nuts on the wheels, and added black in the vents above the hood.
So it’s done, modded and ready to rumble, old school style!
Last edited: May 17, 2021

I usually add detail to all my 1/32 scale cars. 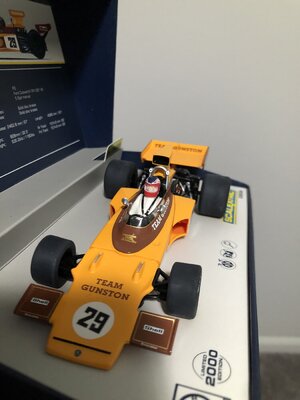 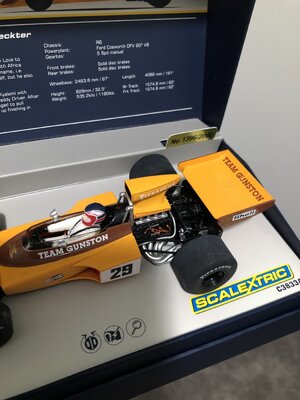 I painted the driver face and eyes, the plug wires, bolt heads, etc. and did some dry brushing on the transmission.
A few others below with details added... 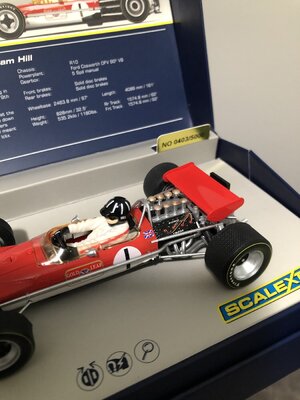 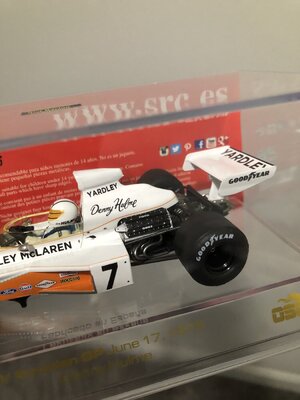 Another example... this car came with the front wheels in black, but the rears are silver. 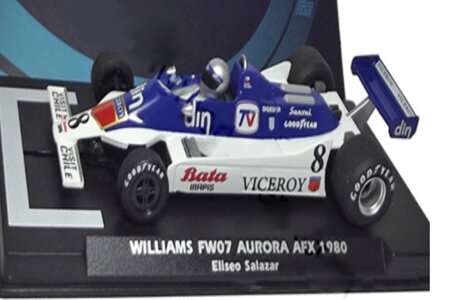 So I decided to paint the front wheels for a better look... 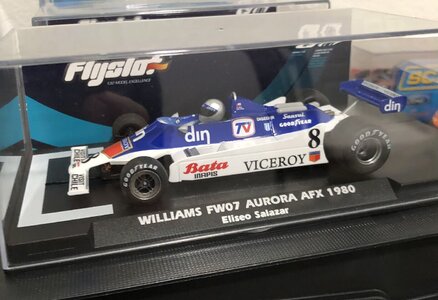 Thank you Peter! I have around 50 cars right now, and still collecting!
I categorize them by type race , Formula One, Trans Am, Can Am, LeMans, Indy 500, etc., and then by manufacturer.
I don't usually buy street cars, only race cars. But the Camaro was too nice to pass up, just needed some help on the interior detail.
You must log in or register to reply here.
Share:
Facebook Twitter Reddit Pinterest Tumblr Email Share Link
Top