Spray, the first boat sailed single handed around the world

This is my third posting about smaller projects than can be completed in a fairly short period of time. Our Governor just announced three more weeks of stay-at-home orders, so writing about them has been a pleasant way to fill time and I hope others find it useful.
“Sailing Alone Around the World” (SAAW) is the classic story by Joshua Slocum of his single handed navigation around the earth in the boat, Spray, that he essentially built himself from a wreck. First published in 1899, it has been continuously in print since that time and is still a good read about maritime adventure and self reliance. After I read the book, about a hundred years after it was written, I decided to build a model of the Spray based on the kit sold by Blue Jacket (plans dated 1997). After I completed the model in 2001, I discovered a number of discrepancies between the kit and the plans and photos of the Spray available in a number of publications so decided to scratch build a second version that would be a more accurate representation.
There are a number of editions of SAAW some with plans and photos and some without. My copy of the book is included in a set of his writings in “The Voyages of Joshua Slocum”, edited by Walter Teller (Sheridan House Publishers, 1985) and it has both. Plans from this book, which were taken off Spray while in a shipyard, are shown below. There are many photos of Spray available online and in a host of books about Slocum and his voyage which can be used to obtain details of her appearance and rig.
My scratch version of Spray was constructed in 1/30 scale by the plank on bulkhead method with two layers of hull planking, first basswood and second cherry and decking made from strips birch ply. The Spray's boat is a solid carved plug planked with cherry. All of the deck furniture is cherry. Photos of the completed model are below. 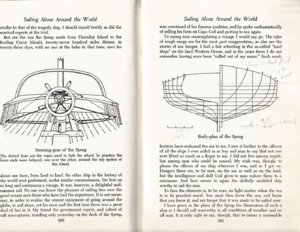 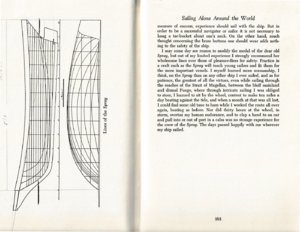 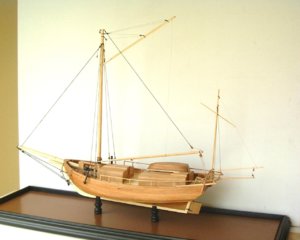 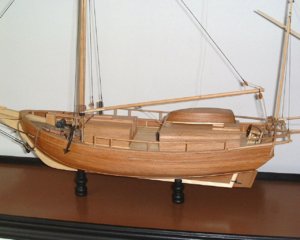 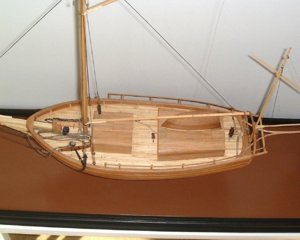 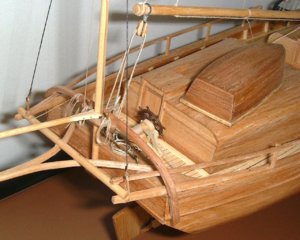 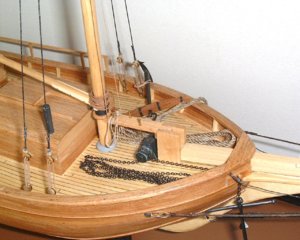 Great choice for a build and nice work!