Transit was the name given to three sailing vessels designed and built to the order of Captain Richard Hall Gower.

All three had fine lines at bow and stern, uniform frames mid-ships with concave and convex sweeps and a deep keel. Their length to beam ratio was unusually high, giving them a remarkable turn of speed. The foremast was square rigged while the other three or four masts were fore-and-aft rigged, barquentine fashion but carrying very simplified standing and running rigging. Each sail was equipped with a horizontal sprit that enabled it to be brailed up to its mast and deployed rapidly. Each mast carried three sails. The topmasts could be lowered and replaced from the deck, in the event the sprits were to fail in strong gales and had to be abandoned. The Patent granted to Gower in 1799 details his theory about the relationship between speed and the length to beam ratio, as well as details of many features of his novel form of rigging, which allowed almost all activities normally conducted aloft to be performed from the deck (including the replacement of damaged masts) ; thus only the foremast was fitted with ratlines. 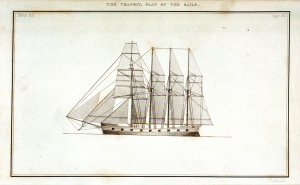 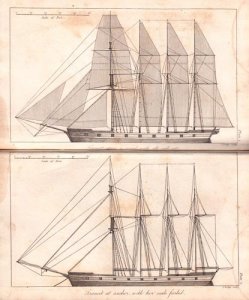 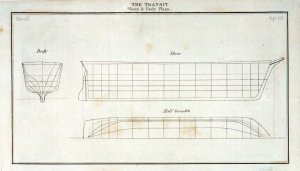 At the instance of John Jervis, 1st Earl of St Vincent, the First Lord of the Admiralty, the first Transit was sailed against HMS Osprey in 1801. Osprey was a fast sloop of 383 tons (about twice the tonnage of Transit). Built at Northfleet like a French corvette, with an 80 ft 6 in (24.5 m) keel, she had the reputation of being very fast. Her length to beam ratio (at waterline) was probably less than 3:1. Transit with a length of 130 feet (39.6 m) and a length to beam ratio of 6.5:1 performed so well as to have been acknowledged the winner by the captain of Osprey. Despite this success Gower failed to get the support he needed to build a class of vessels to his patents.

The reasons given for the rejection of Gower's proposal included the observation that because of her deep keel she would fall over at low tide in many of the east coast ports from which she might have to operate and that the deck was so narrow that guns could not be arranged symmetrically on each side for fear of their recoil causing them to collide. By coincidence, but apparently unbeknownst to Gower, the very gun that he would have needed, the carronade, a short barrelled gun mounted on a slide fixed to the deck, was adopted by the Royal Navy less than a year before the test of Transit.

Gower wrote detailed and vivid accounts of the vessels and his experiences with the authorities. George Bayley, owner of the yard that built two of the Transits also gave an account of the vessels. Macgregor gives a description and illustration of the first Transit.

Scale: 1:48. Plan showing the body plan with stern board outline, sheer lines with inboard detail, and longitudinal half-breadth for Transit (1809), an 11-gun four-masted Advice Boat designed by Captain Richard Hall Gower, as fitted after she was shortened by 18ft at Deptford Dockyard in 1809. Signed by Robert John Nelson [Master Shipwright, Deptford Dockyard, 1806-1813], and initialled by William Rule [Surveyor of the Navy, 1793-1813]. NMM, Progress Book, volume 7, folio 791 states that the 'Transit' arrived in Deptford Dockyard on 11 March 1809, docked on 3 May 1809, and sailed on 20 July 1809 having been fitted. It also records a second visit to Deptford Dockyard between November 1809 and February 1810 when 'sundry alterations' were made to the vessel.

Scale: 1:48 and 1:24. A copy of a plan showing the body plan with stern board outline and later alterations, sheer lines with inboard detail and some framing detail, a section through a gun port, and the longitudinal half-breadth for Transit (1848), an 11-gun four-masted Advice Boat as originally designed by Captain Richard Hall Gower. 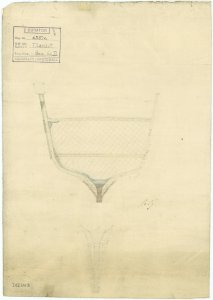 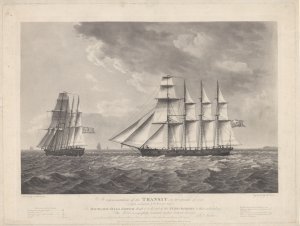 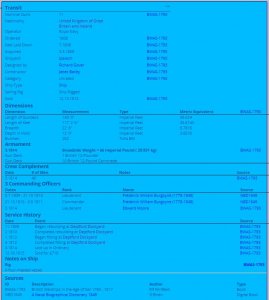