I was recommended a book by Dave Teel And Uwe here on the forum called the Modeling the USF Constellation I found some great information in that Book to help me with a POF scratch build of that ship. I have always been drawn to that Vessel for some reason I've been onboard so many times I've lost count. I started Building Ships 10 years ago and always said I'm building that ship one day. Unfortunately the only offering is AL and I don't want to go that way with it. So I'm gathering information for a POF scratch build as I head into my 11th Season Building Model ships. I need some help if anyone has Information on this vessel, Deck fittings, rigging, most importantly Drawings of infrastructure all will be of great help to me. I have scoured the net for the Past Couple months gathering Information, but infrastructure actual drawings and build plans elude me. I live only 5 miles from where She is docked and I will be adding to my Pictures of everything I can fit onto a 64gig card. Ill be visiting the Ship this weekend as Fleet week in Maryland kicks off from Oct. 3rd till the 9th I have started Gathering Materials for the Build I want to use timbers that were used in the construction and I know from reading that was Oak which I have a great stock pile of. any and all information is a great help so Thank you in advance

I glad you may have found some useful information in the recommended book. When scratch building the Star Of India moored in San Diego. I spent 2 years going on board almost daily to take pictures and measurements. After about a month I was approached by a crew member who introduced himself as the Master rigger for the Star and could he be of any assistance. He gave me some great help with my build. Maybe you could find a similar person on board to help you with the build. 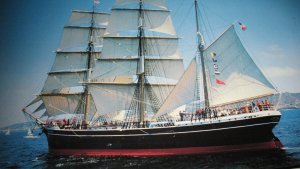 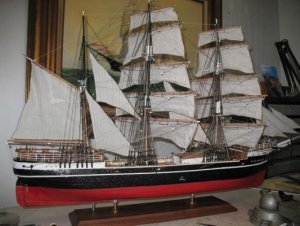 unfortunately I have talked with some of the folks that run the museum and no plans from the building of the ship are available and it seems the folks who knew the most about the ship are now retired or sailing in the Kingdom of heaven. I have a lot of pictures already but I need some internal framing decking mast and good rigging photos I'll get those pictures this weekend I am taking my cannon cam with 8 sets of batteries and filling a 64Gig memory card lol then Ill be Flying the drone up the masts to look at all the rigging, blocking and such figured Id spend the whole day sketching and taking pictures of everything I can gain access to. I can measure some stuff and I planned on that, but some stuff I wont be able to if there are to many folks on board I already have some good measurement on the ship its self from the Book. I am just hoping someone has a set of plans from way back in the day or even some plans from AL they are using anymore may be of some help with contours and such of the hull those things I cant measure easily as some of the sections on the ship are closed off. I could work out the hull contour with access to one half of the ship top to bottom front to back if they give me access to port or starboard side id just measure to the centerline of the decks in 10' intervals on every level of the ship. I want accurate information for this ship and I plan to build it accurately.

Me too. a note pad and binoculars and made reference sketches of the upper rigging and of all the yard lifts. 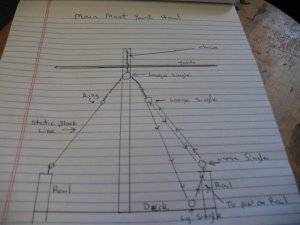 So you want to build the 1854 (current) version, not the original. Look for the book by Chapelle (and I forget the other author - they were debating whether she was the original or a newer vessel). As I recall, there were some plans in the volume.

Chapelle wrote a lot of books I have some on American Naval history. Was this a co authored book or two book writers debating in separate books?
Never mind I found and bought it, its called the Constellation Question
T

Look for fouled aanchors by Wegner, and The Constellation Question by Chapelle and Polland as good starting points. Also search for articles by Wegner in American Neptune and Mariner's Mirror, Scarlet et. al. in the Maryland Historical Magazine (1961), and Footner (2002).

I found it along with several other Books on the subject I don't have so now they are all headed my way even found a build of her in an old wood ship magazine, I grabbed that up also. I know the debate well about her being rebuilt or not and for that reason I want all the information I can get my hands on so I'm also grabbing Diaries and daily logs of her crew hoping to find some useful information. I would like to find all information from the first day her Keel was laid in the 1700s The current ship that sits in the Harbor close to my home has had different looks in my life time the now Green copper was red when I was a kid the stern is different as well. I will be gathering info and make a decision on what I want to build from there Id love to have the ship as she launched in 1797 but All traces of information for that are gone or not available for viewing. I'm sure somewhere the original plans for her build still exist, but I'll never get to see them.
T 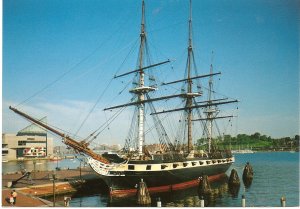 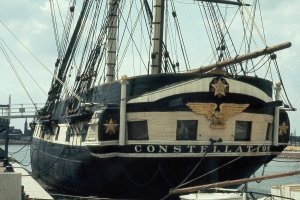 and now she sits in the Harbor looking like this 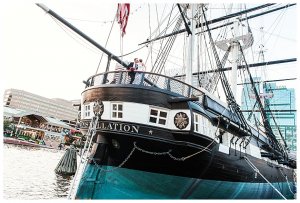 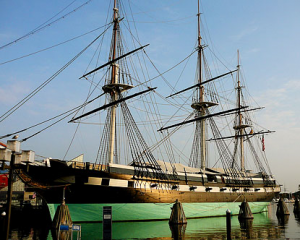 I like the eagle on the stern so Ill be using that emblem in fact my plan has been to build this ship the way I saw it for the first time as a child. its vanished from the harbor several times over the years for maintenance and repair. to be honest I'm surprised the water in the harbor hasn't completely eaten that ship like acid, the harbor here in Baltimore is Filthy. I have had my boat in that water and it took all day to scrub the scum from it after only a few hours of motoring around the harbor place area where Constellation is docked. I've never put my boat in there since.

You Talking About Jerry Todd's Build I am hoping to sit down with him soon he lives here in Md. and May be a relative somewhere down the line. I have talked with him about flying my drone to video his Build Sailing so I'm looking forward to that very much and I get to see his Build in person which I'm also looking forward to.

I loved the photos. 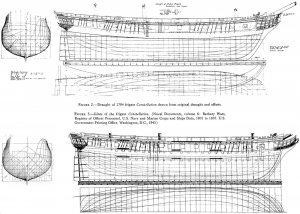 I have this drawing. I've downloaded everything I can find I'll spend some time to study everything and the figure out what scale I want to build in. I want build it on the large side 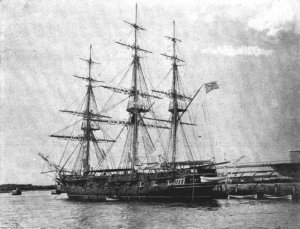 got those as well lol I grabbed every single picture I could find dumped the duplicates. And I have some other books and journals written by sailors who were sailing her. I decide to do something I'm in 120% or not at all that's just my nature. I need to finish up some other builds, while I do that I'll be studying all the information. I have the wife taking a thumb drive to the printer tomorrow to print off the pictures I have taken over the years as well as what I have downloaded Ill group those up depending on what they show of the ship, I have a 2 14'x9' walls and 1 12'X9' wall in my shop that I have cleared today so everything goes up so I don't have to rifle through papers looking for details. I still have more pictures to take and sketches.

Are there any resource areas I can go to aid in your search? I'll help if I can.

Dave Teel said:
Are there any resource areas I can go to aid in your search? I'll help if I can.
Click to expand...

not that I know of Brother I appreciate the offer though. Its to bad My uncle and Mr. Donald Schaffer have passed away Mr. Schaffer was the city Mayor and responsible for Harbor Place being where its at and such a big attraction. He Built that whole area up. That whole area was Docks when I was a kid My Uncle was Mr. Schaffer's Right hand man and a big wig in the city so I'd be willing to bet if they wanted the actual build plans for Constellation they could be had easily. Right now I', looking at some information that says all ships built were done so based on parameters and all had to conform to those Specs. so if I understand it correctly most ships of that type were built relatively the same as far as structure goes. Aesthetics was a horse of another color.

I built from drawings aquired from the National Archives, primarily one conveniently in 1:36 scale. I have several drawings showing deck framing, sail plans, etc, as I tried to nail down just how she looked in 1856 when her portrait was painted at Naples. She changed in little increments over the years, for instance, the rake of the masts was reduced so in photos her tops appear to oddly lean forward because they were set to the old rake.

If you go to the Naval Academy Museum (Preble Hall), which is open to the public, the builder's half-model in just inside the front door. It too is 1:36 scale. 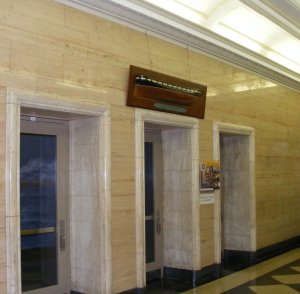 I used to volunteer in the museum shop and they let me take a ladder up and photograph the model close-up a few years ago.

For scale, here's the half model inserted into a photo of my model (which is the same scale) and a human, or nearly so, included for size reference. 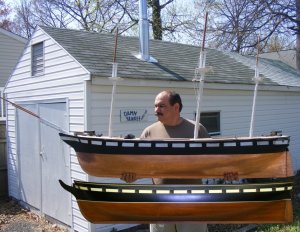