For sale Victory for sale

What's the rough prices of these. De agostini 1:84 Victory.
Illness means i will be selling assets and this is included.
If this post is not allowed please delete.
Looking for around £700 is that fair ? Copper tiled hull makes it look prettier. 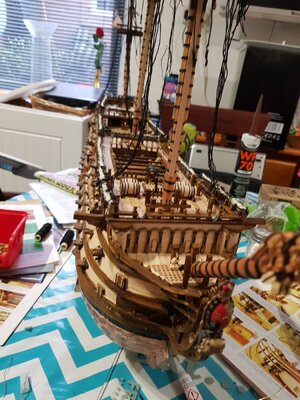 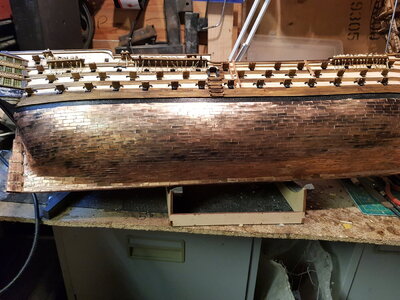 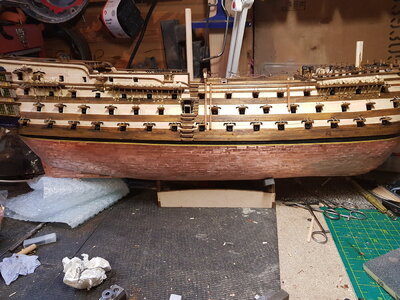 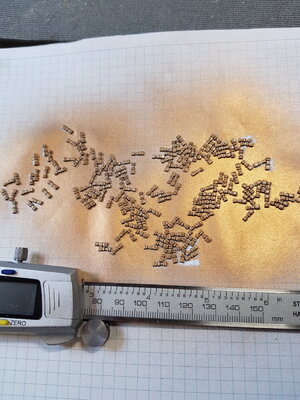 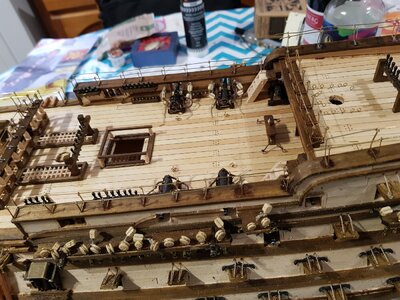 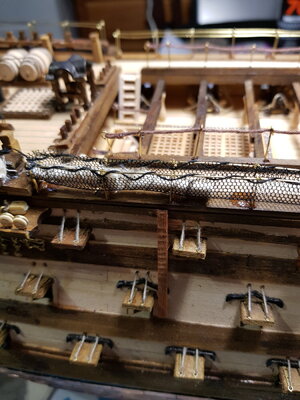 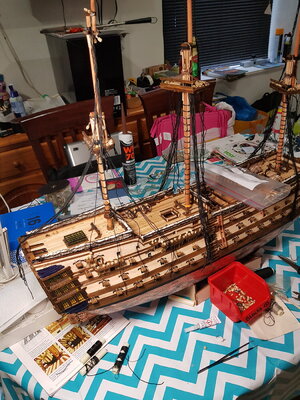 Monument7, A beautiful result. To answer your question as to value I would say it is priceless. As all modellers know the amount of time we spend on our projects will never be repaid in dollars. I have spent 600-700 hours on several boats (Bluenose, Bounty) and even at minimal wage If I was selling I would have to charge 6-7,000 (Canadian) for each. Mind you no one in their right mind would pay that. The point being is your Victory is worth far more that the 700 pounds. The problem is finding a buyer. My wife has been admiring my efforts on my Bounty build so I showed her your Victory which far surpasses my project. She suggested you should consult maritime museums that might be interested in buying it.