Book Review:
WARSHIPS FOR THE KING
- Ann Wyatt (1658-1757) Her Life and Her Ships
by Tobias Philbin (Text) and Richard Endsor (Drawings) 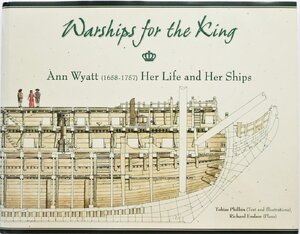 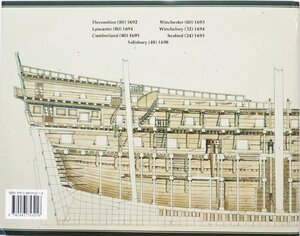 From 1691 to 1698, seven major warships were built in the yards run by Ann Wyatt and her husband, and after his death by Ann alone. The ships were:

These ships were part of the Twenty-seven Ship Program of William III built to protect England from the French.

Tobias Philbin has documented the story of this amazing woman who built a significant part of the British navy in the later 1600s. She was the first and only woman to accomplish this feat. The book takes us through her life in Part I and then through her ships in Part II. Many pictures of ship models and maritime art are used to illustrate the text.
In addition, Richard Endsor, author of the Restoration Navy, has provided a set of plans of Cumberland (80) that was built by Ann Wyatt. They are in 1:96 scale and are provided in a rear pocket. There is also a copy of Cumberland’s original contract in the Appendix.

If you are interest in naval history, ships, and ship models, this book will be a rare find. 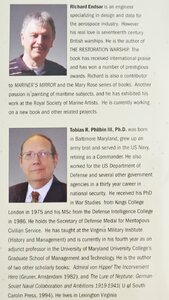 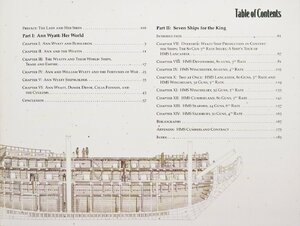 PREFACE: THE LADY AND HER SHIPS

Explore millions of resources from scholarly journals, books, newspapers, videos and more, on the ProQuest Platform.

In the last decade of the 17th century, 7 major warships, part of the 27-ship program of England's King William III, were built in the shipyards at Bursledon. William Wyatt and his wife, Ann, ran these yards; she took over after his death in 1693. The author of Warships for the King, Tobias Philbin, has researched the story of the first and only woman known to have managed a major shipbuilding enterprise. In a time when mortality rates were high, Ann Wyatt's constitution enabled her to survive childbirth and exposure to smallpox and to live to the age of 99. She was, apparently, an altogether remarkable woman.

The book is divided into two parts, the first of which documents Ann's life and times. Many charming photographs that the author took of places where the family lived in Bursledon and, later, Hawstead, illustrate this section. The second part details the vessels, and a set of plans at 1:96 scale by Richard Endsor is included in a pocket at the back of the book. These are of the Cumberfona, 80 guns, one of the largest ships built and launched under Ann's aegis a mere two years after her first husband's demise. Another bonus is the appendix, which contains a transcription of the actual 1694 contract specifications for the Cumberland.

Historical developments are well presented, as are communications between the Admiralty Board and private shipbuilders such as the Wyatts. The transference of the business to Ann after William's death is thoroughly covered, in addition to interesting family anecdotes. It is remarkable that this single private enterprise bid...

and the attached drawings 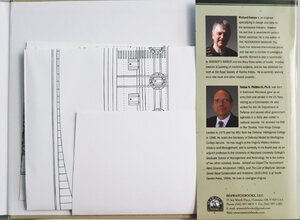 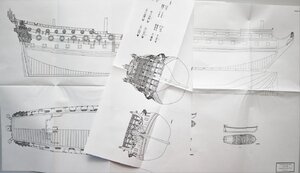