As I mentioned at the end of my Pegasus thread, my next building will be a ship known Globaly as the Turtle Ship.

Below is a copy of the first paragraph in Wikipedia. I will post link for those who would like to learn about it.

If a SOS member happens to have pictures or drawing of the interior of this ships or period ships, I will appreciate them very much !!!!! . There are very few and I wasn't able to find one , for example, the cooking area.

The kit I am going to build shows the interior and I would like to add details.

A Geobukseon (Korean: 거북선, Korean pronunciation: [kʌbuksən]), also known as turtle ship in western descriptions, was a type of large Korean warship that was used intermittently by the Royal Korean Navy during the Joseon dynasty from the early 15th century up until the 19th century. It was used alongside the panokseon warships in the fight against invading Japanese naval ships. The ship's name derives from its protective shell-like covering.[1] One of a number of pre-industrial armoured ships developed in Europe and in East Asia, this design has been described by some as the first armored ship in the world.[2] 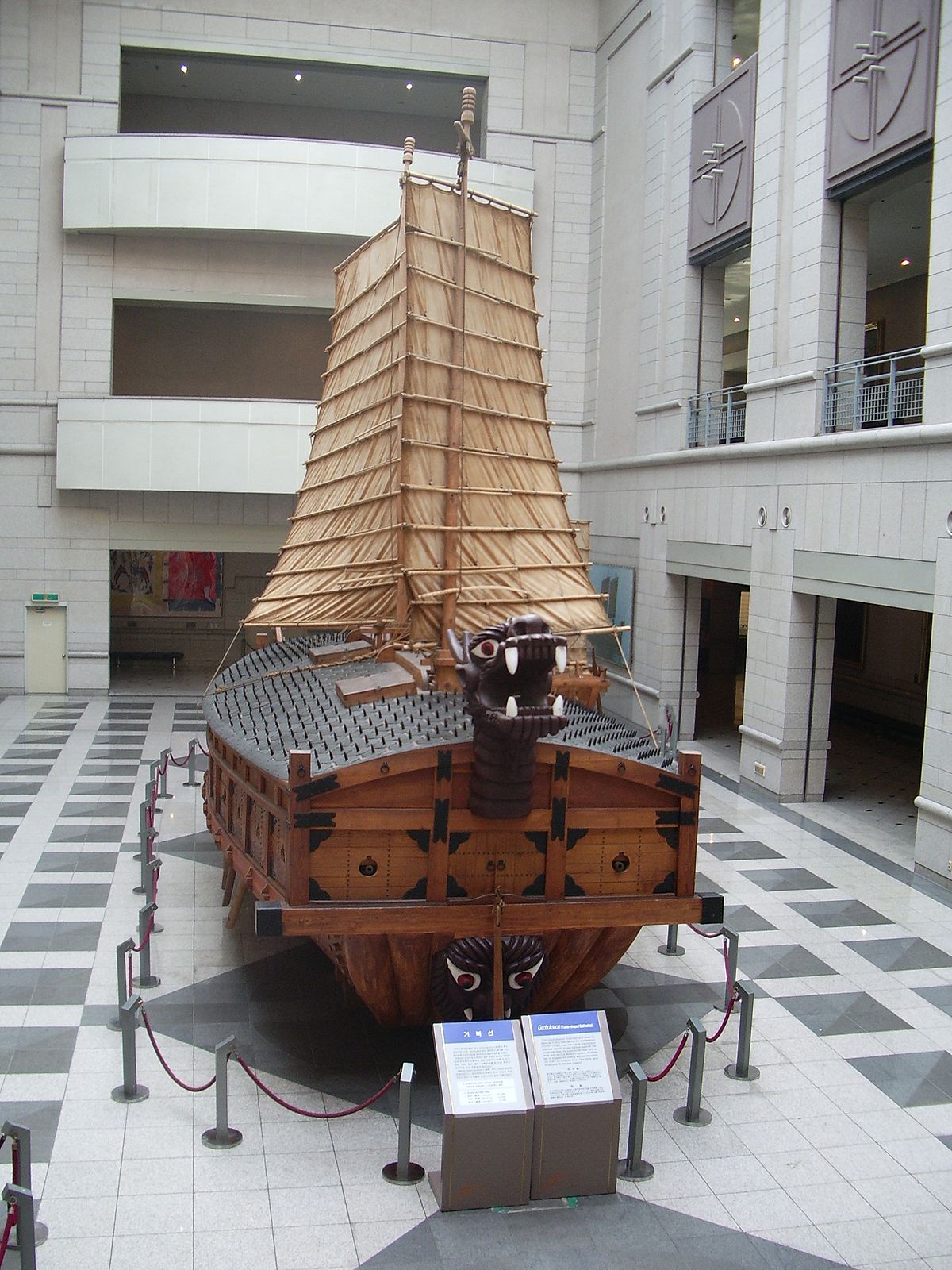 In the 16th century a little-known naval genius helped fend-off a Japanese conquest by use of a unique and effective weapon of war: the Turtle Ship! In the last decade of the 16th century, the ambi…

The Kobukson or “Turtle Ship

Korean fleet led by Yi Sun Sin. The Battle of Noryang, 18 November 1598, occurred when a Japanese fleet led by the Shimazu clan tried to break through the blockade. Although the Shimazu fleet was s…

Enough links to read for now

This is the kit 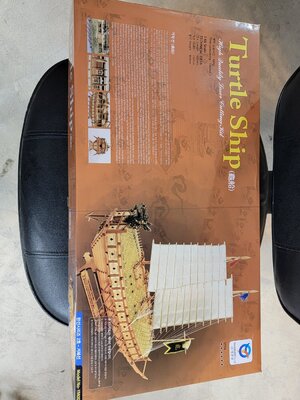 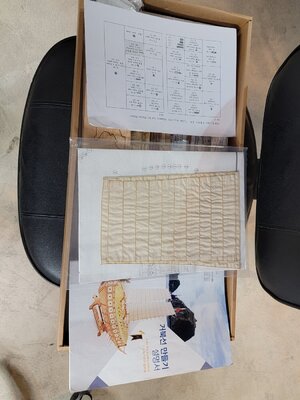 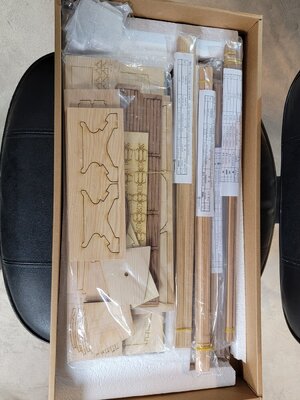 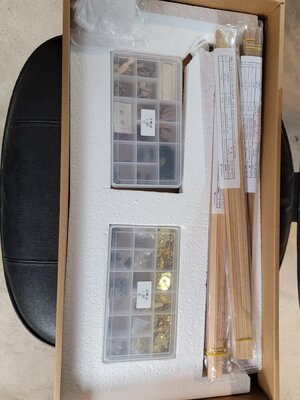 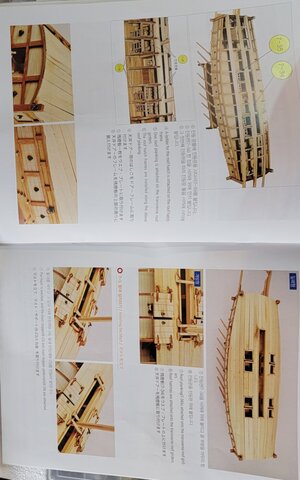 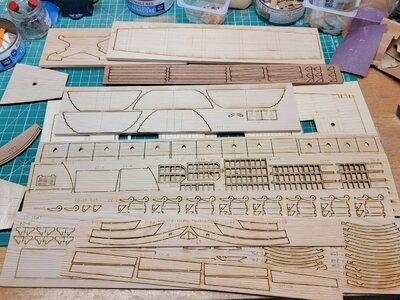 Wood is a lot of pine. I do not like it. But for this kit will be fine. I though in changing all it but at the end I decided that will make the Kit too expensive. It will be also a lot of work too. And I wanted after Pegasus a much easier built to relax a little. 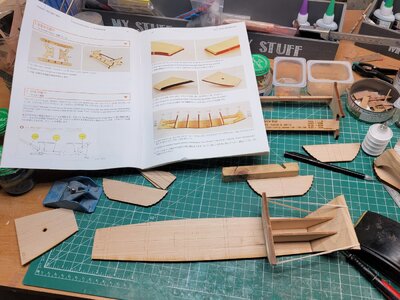 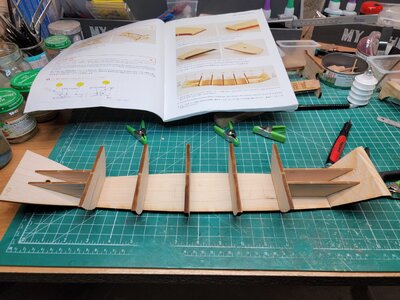 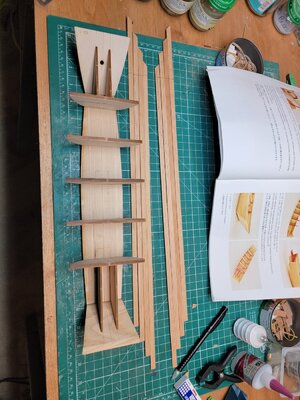 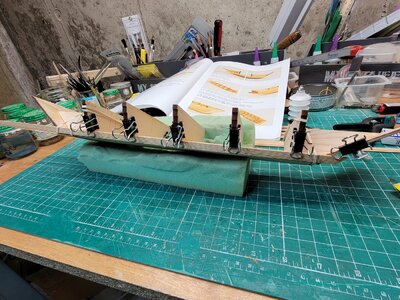 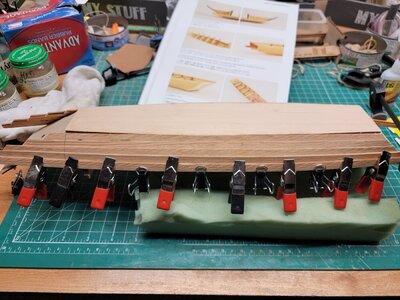 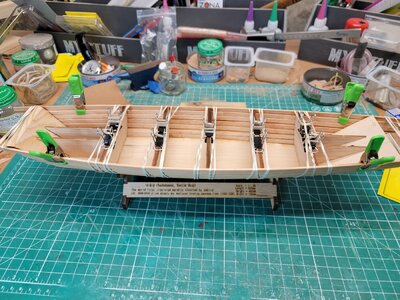 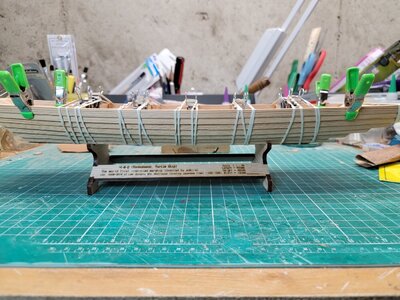 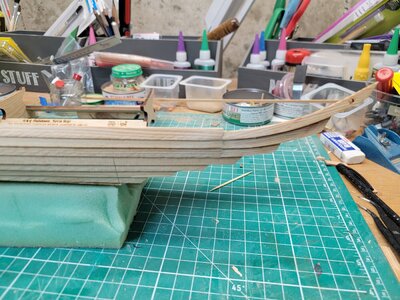 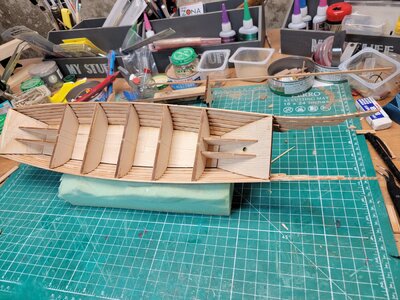 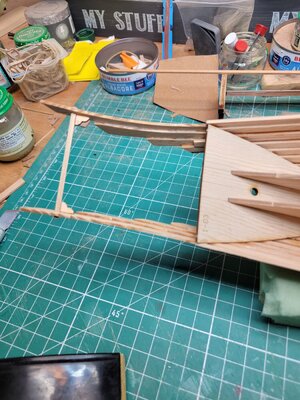 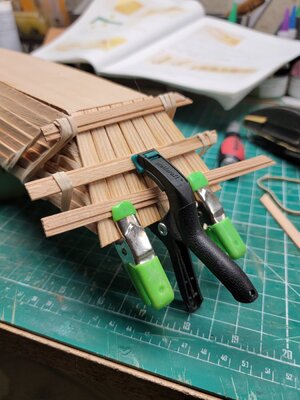 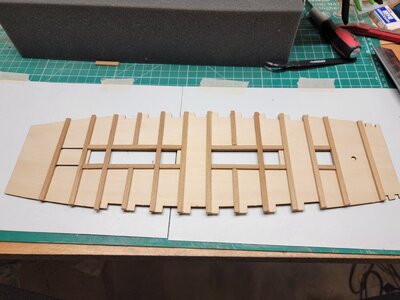 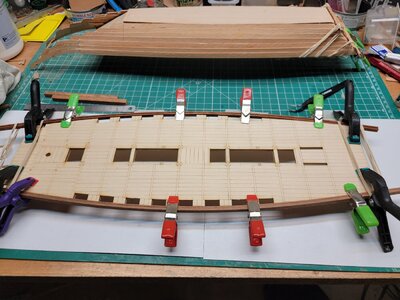 On this last picture I am bending the wood before gluing it. It is 5x5 mm so no easy to bend. Will let it dry overnight.

This is my planned next build.
D

PGN said:
This is my planned next build.
Click to expand...

I was only able to find another thread build.

Please, feel free to comment or ask questions as much as you want.

I was going to ask a friend in the Army stationed over there to take pictures....was planning that towards the end of the summer. I just popped a request to a Korean modeler buddy of mine. I might be able to get some pictures quicker.

I recommend that you watch the movie: Admiral: Roaring Currents, the only turtle ship in it burns down in 'dry dock' but there are some awesome battle scenes from inside the ships of that time. The movie is on Amazon.
D

Fantastic. Those pictures or period pictures of the inside of these ship will help a lot.

During my search I saw the the trailer for the Admiral. Looks very interesting. Thank you for the tip where to find it.

He just sent me this link:

Google can translate it to English for you.
D

PGN said:
He just sent me this link:

Google can translate it to English for you.
Click to expand...

PGN said:
He just sent me this link:

Google can translate it to English for you.
Click to expand...

There is a LOT of info on that link.

You forced me to research a little bit sooner that I originally planned..... I'm really looking forward to your build.

Hi this is an unusual choice of model it looks very interesting. I have seen your other builds, very high standard and unique ships. It's good to see different models being made. I'll be following this one from the beginning although by the look of your progress it may be a quick build.
Tony
D

Tony H said:
Hi this is an unusual choice of model it looks very interesting. I have seen your other builds, very high standard and unique ships. It's good to see different models being made. I'll be following this one from the beginning although by the look of your progress it may be a quick build.
Tony
Click to expand...

Thank you Tony for the nice comments !!

Please feel free to comment and to ask questions.

GREAT - the work on the turtle ship started !!!
I will follow with big interest
G

Shaping up nicely. After Pegasus you'll build this one blindfolded in no time. So, what's the next build?
D

Gennaro said:
Shaping up nicely. After Pegasus you'll build this one blindfolded in no time. So, what's the next build?
Click to expand...

Jeronimo pushed me when he posted the pictures of his RC POF on my Pegasus thread. That is an AMAZING model job what he did.

Mine will be POB , but instead of the resin carving I will use the same pear carvings as Jeronimo. If you haven't seen his thread, search it, easy to find by his name. You will be astonished. 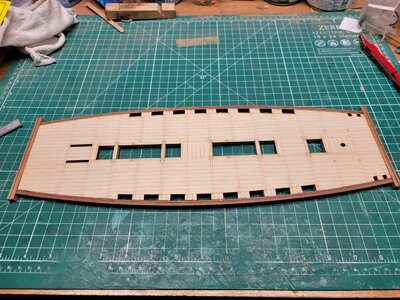 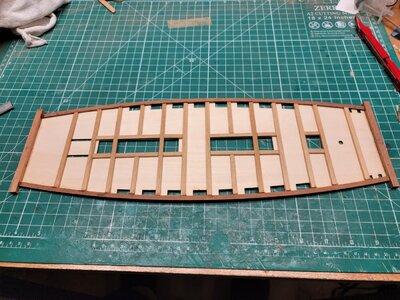 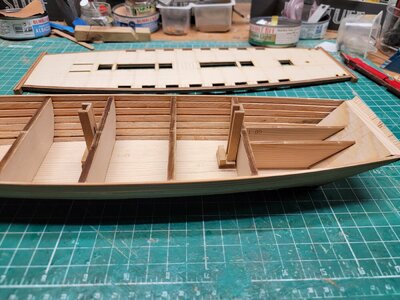 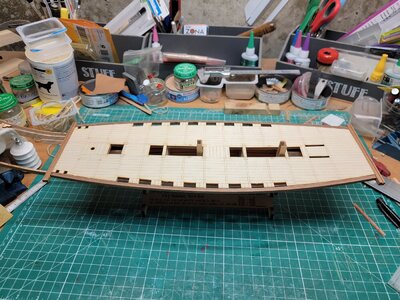 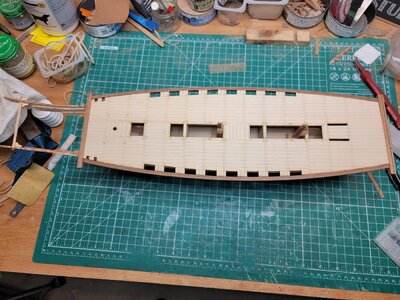 If you are thinking if I will plank the deck,, the answer is No.

Before installing the side beams all along the deck, I asked myself a lot "to plank or not to plank" .

The decision was that the laser planks looked fine for this model and for what I want to achieve with it. So, I am not going to plank the deck.