Zwarte Zee, a sea-going tugboat from 1933

The Zwarte Zee, which I am going to build, is the third in the row of four tugboats from L. Smit & Co's International Tug Service, bearing this name.
In 1933 the Zwarte Zee came into service. The Zwarte Zee was not only the company's flagship for years, but also the world's strongest sea tug until the Clyde came into service in 1957. The ship was designed to compete with the Seefalke, equipped with 4,200 hp diesel engines, from the German company Bugsier. In order to be able to quickly reach ships in distress, the Zwarte Zee designed with a top speed of more than 17 knots, a very high speed for a tug. The ship cost 600,000 guilders, a large sum for that time and partly a gamble due to the crisis. 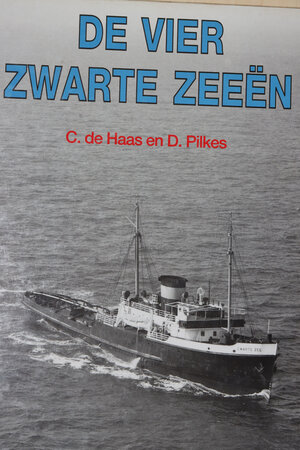 For the construction I use the drawing from NVM (Dutch Association of Modelbuilders) no. 10 14 038. It is the intention that the ship will ever sail (RC). 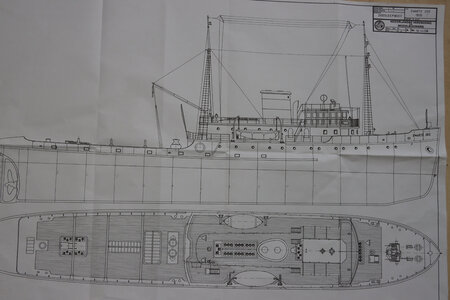 I sawed the keel and frames from 4 mm plywood. 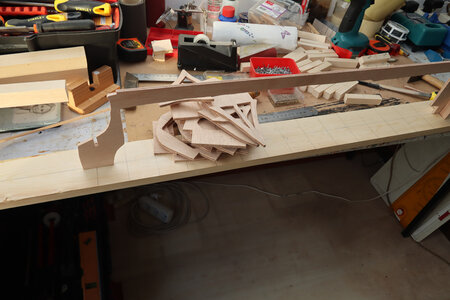 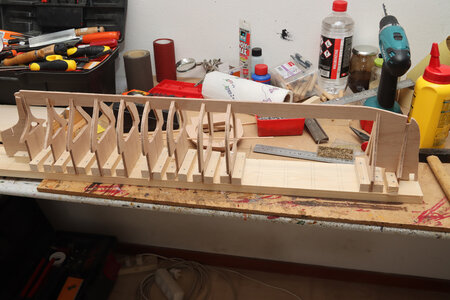 Then the batten that indicates the deck edge is applied 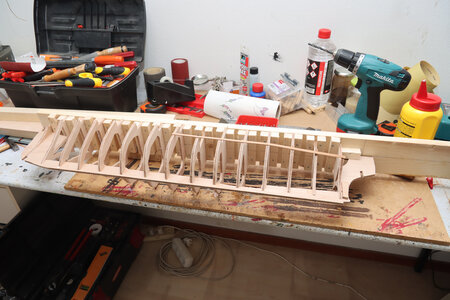 The space between the frames is then filled with 10 mm thick balsa blocks. 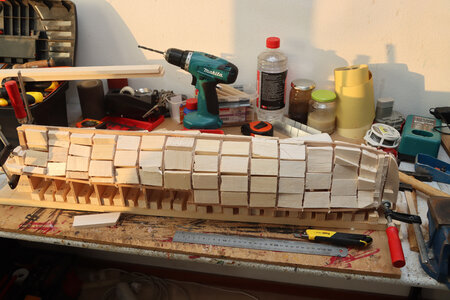 Then the hull is sanded smooth and the remaining holes filled with pieces of balsa. 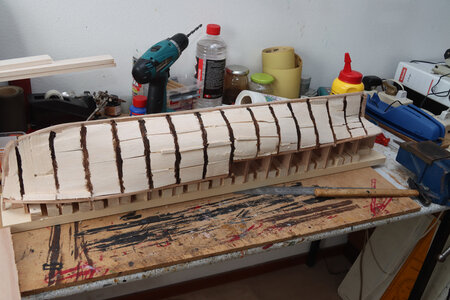 The hull is then provided with a first layer of epoxy. 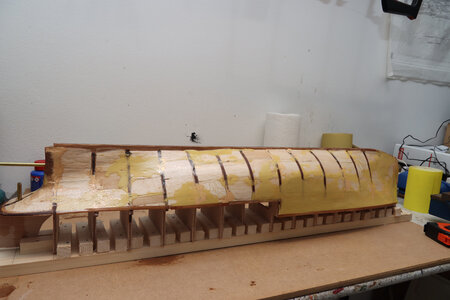 The hull is then provided with two layers of glass keep fabric soaked in epoxy. 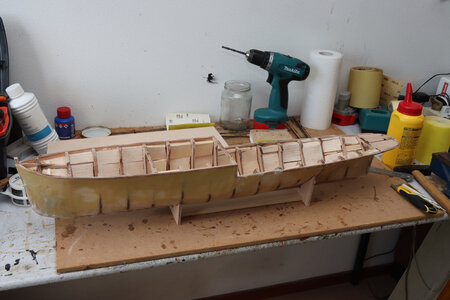 The foundation for the deck to be installed later is glued to the hull and connected watertight to the hull using epoxy. 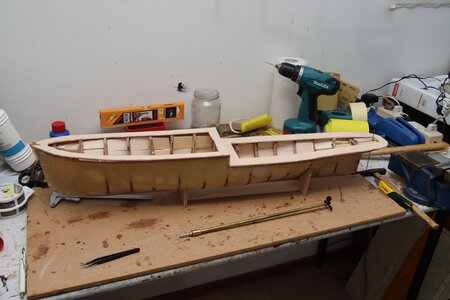 This is the result after filling, sanding and painting. 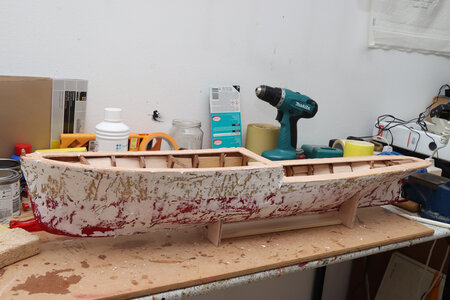 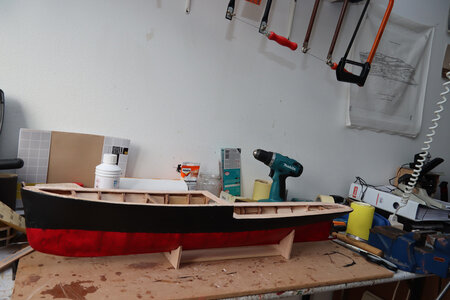 The engine is installed. In order to compensate for an incorrect alignment, I connected the motor to the propeller shaft with a cardan coupling. 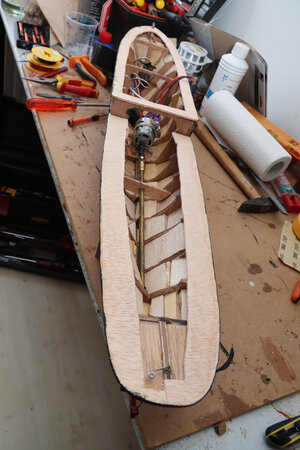 Hi Andre,
Nice to see the build of this famous oldie.
Regards, Peter

André de R. said:
The engine is installed. In order to compensate for an incorrect alignment, I connected the motor to the propeller shaft with a cardan coupling.

Hi, Andre, nice to see build logs for these types of ships, look forward to the rest of the build.

The aft deck is mounted with the planking and the deck house on the aft deck. 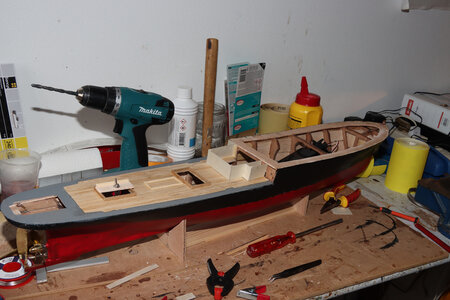 The bulwark on the aft deck (1mm aircraft plywood) has been placed as it looked after the post-war renovation. 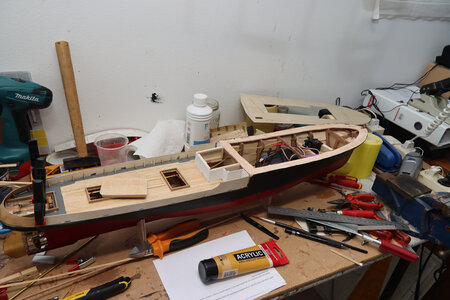 With the help of PTC elements I designed a number of hardware parts and had them printed at Shapeways. 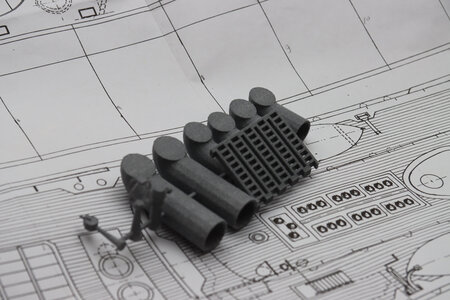 For the first time in the water in our pond. 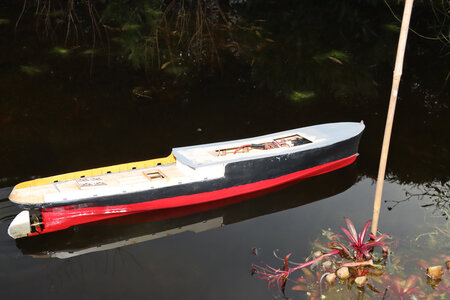 She is still slightly above her mark and she is still leaning forward because of the battery, which is in front of the engine. So there will be lead in the stern to trim her further.
It was immediately noticeable that it is a slender ship, which the hull shape already suggested. I think (hope) it can get even better by putting the stern deeper. The stern offers a little more dimensional stability. The construction yet to be built will not make it any better. But that is of later concern.

Do you have pictures of what you are making to make the controls water tight?
I ask this because I’m also building one from scratch. Not the same as you tough.

Both the hennegat case and the propeller shaft are sealed with epoxy.

I was referring to the hatch were you have access to the servos, battery and receiver.

@Bluebeard: The hatches that give access to the interior of the ship are fitted with a 5 mm high barrier. The hatch heads close over this. It is not the intention that massive water will ever be on deck, because this flood defense is not sufficient for that. 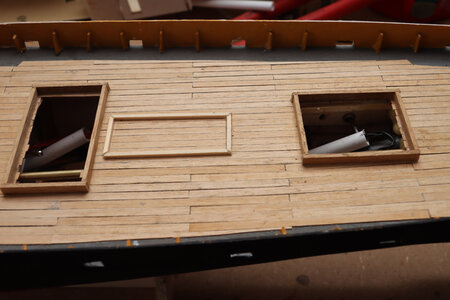 The rear wale is mounted. Before mounting, the wale has been bent into the correct shape by means of the electrical slat bender. 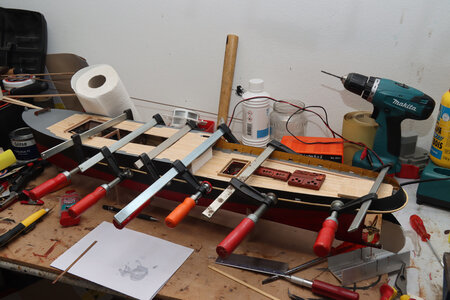 The laser-cut parts for the construction of the superstructure have arrived and can be glued together. 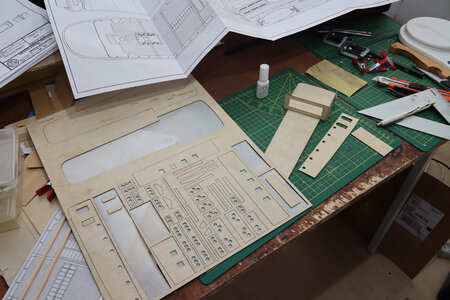 The deckhouse is starting to take shape. Forming the aircraft plywood is fairly easy with the electric slat bender. I wet the plywood well under the hot tap and then it bends easily with the hot bender. 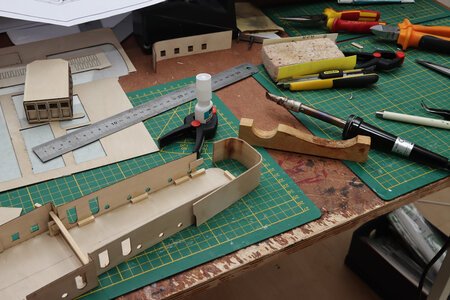 The wheelhouse has been put together. 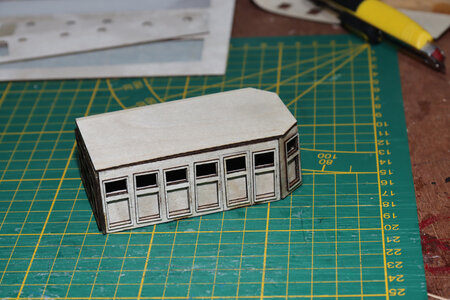 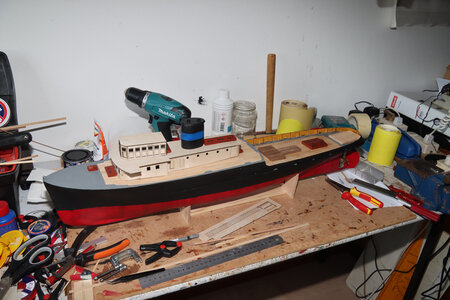