Going to be a beauty MIKE, looking forward to it. Don

Mike41 said:
Hi Dave,
Did you follow the General Info and Proposals for Future Group Builds? It is a very interesting and informative posting of the expectations and requirements of a successful group build.

The framing used on the current prototype does not represent the English standards of the time period, so I have started over with a new prototype, using double and single frames. This build will take more time but will be a more accurate and attractive model to display.

I have created a new framing distribution plan and have drawn all the new frames and the keel assembly. It was recently brought to my attention by Zoltan that the opening on the upper deck as shown in the reference drawing, I was using is too large as verified by divers on the wreck. This will require reviewing the upper deck framing. The new prototype will not take as long to build as the first one but there will be a lot more parts with this one.

This is the drawings for the keel, upper deck framing, single and double frames, they will be more interesting to build.
Mike

This is looking very good and highly interesting - great work

Thanks Don & Uwe,
I hope to start the new prototype very soon. I will be able to use a lot of the old drawings by just revising the framing details.
Mike
A

I don't know much about American Shipbuilding, but you're talking about English frame design. If the shipbuilder followed the English methods, the joint of the keel is wrong. You have to change it by 90 degrees. What you show is French design.

I don't know much about American Shipbuilding, but you're talking about English frame design. If the shipbuilder followed the English methods, the joint of the keel is wrong. You have to change it by 90 degrees. What you show is French design.
Click to expand...

You are correct - the shown joint looks interesting, but it is not typical english way. usually you see only a vertical line on the side of the keel, like we had it in the cross section design.

"Illustrated Glossary of Ship and Boat Terms" published on by Oxford University Press.

And the joint is looking too long - I guess, and have to check in the books, there was a definition of the length at the ratio of x to the height of the keel....

Thanks Christian and Uwe,
I checked the book English Man of War by Goodwin and changed the orientation and length of the joint. The joint length was typically three time the height of the keel. I am using a plain scarph because it will look the same as a hooked scarph on the finished model.
Mike

I disagree! In Goodwin's book (as well as all the AOTS books about English ships) all the keel scarfs are in the vertical, with the bolts holding the scarf together are driven horizontally. Here are excerpts from Goodwin's book: 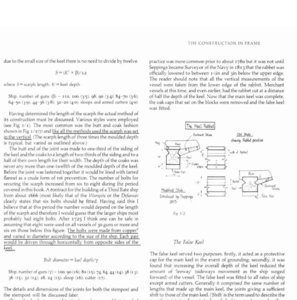 Here's detail of HMS Bellona"s keel construction at the scarf. Clearly the keel scarf is vertical, bolted through the sides, and the false keel scarf is horizontal. 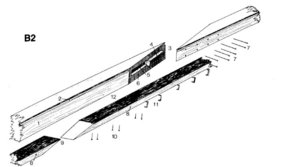 Here's Mike's drawing of the keel...matches the keel prototypes above. 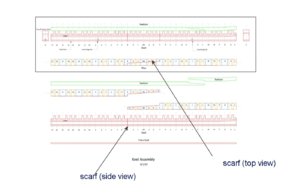 Thanks Dave,
I replaced the original drawing with a corrected one. The original one had a horizontal scarph. I used the same illustration from Goodwin’s book.
Mike

Thanks Mike! I figured I missed something!! I do think this is going to be a terrific, fun build!

Hi Dave,
No problem, I will be surprised if this is the only misunderstanding on this project lol.
Mike

Mike41 said:
Hi Dave,
No problem, I will be surprised if this is the only misunderstanding on this project lol.
Mike

The Version 2 will be even better

Many thanks for the correction- Very good
A

if you are working on the keel details, you can also split the "model-keel" in false keel, keel and rising wood. The false keel has another joint as the keel. For the rising wood the joint isn't really visible, so don't use any joint. I also would simplify the joint at the keel. Make it rectangular, this is later not visible. I will search this evening a drawing of mine, where you can see what I mean.
It's a shame that you did not design the whole ship. I like the design of this small vessel.

Hi Uwe, thanks for pointing out the problem with the joint, it is a lot easier to change the drawing than rebuilding the keel.
Mike

Hi Christian,
Any information on the keel assembly would be much appreciated.
Zoltan started his model of the Ontario in 2017 and about a year later ask me if I would help him with a cross section to go along with his model. The first prototype was based on John McKay’s drawings in the book Legend of the Lake the 22-Gun Brig-Sloop Ontario 1780.
This prototype is based on the original drawing and the book English Man of War by Goodwin. I hope it will be an accurate representation of the ship.
Mike
A

here is my solution for the Swan Class Sloop HMS Fly, 1776

The part of the keel drwaing shows the different parts of the construction. 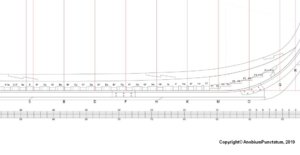 The two picture show the assembly in wood. It is not really necessary to build the rising wood this way. I liked to test, if it is possible and if I can do this. It makes also the adjusment of the frames easier. HMS Fly has only single frames. 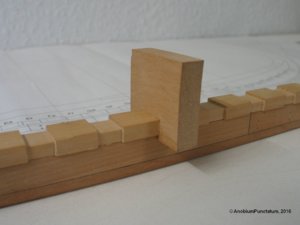 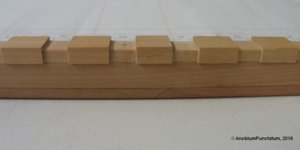 I hope this helps. The rabbet of the isn't cut.

The Ontario plans have been revised by Mike ,and version 2 can be found here

The drawings for this project have been updated per the latest information from the shipwreck and the English shipbuilding standards of the time period. Plans and sections note these drawings are preliminary to be used for the prototype and are subject to change during construction. Mike
shipsofscale.com