John Reid said:
I started a thread yesterday called HMS ST. Lawrence. now I can't find it this AM.
Click to expand...

Hello John ,I can’t find anything ,I have looked up all your threads,just this one

John Reid said:
I started a thread yesterday called HMS ST. Lawrence. now I can't find it this AM.
Click to expand...

John you started one on Msb forum

zoly99sask said:
John you started one on Msb forum
Click to expand...

Perhaps Jhon @John Reid you may start your build log on our forum as well if it not too much trouble...

Jimsky said:
Perhaps Jhon @John Reid you may start your build log on our forum as well if it not too much trouble...
Click to expand...

He can continue on this thread

there was a study done and the work published

Sorry guys. I am almost 79 and I got mixed up with another forum. Damn this is embarrassing.

John Reid said:
Sorry guys. I am almost 79 and I got mixed up with another forum. Damn this is embarrassing.
Click to expand...

No worries,just continue your log here,are you building the St.Lawrence?

Yes, I am starting with the research which I have found in the past to be the most important part.

The idea for this ship model came about through ignorance of my own Canadian history when I found out that a ship larger than Victory was built right here on the Great Lakes at Kingston Ontario. I grew up there went to Fort Henry many times, visited RMC and the old Royal Navy Dockyard, the Martello Towers, the Museum of the Great Lakes and as a kid, I never heard about this ship. I knew that there was a bunch of ships sunk near fort Henry as part of the treaty to end the War of 1812 but never was it mentioned that the wreck of the St. Lawrence was but 50 yards from the shoreline at Kingston.
With this thread, I will try to give the old girl some of the attention that she deserves.
I will start the model from the keel up. Due to my age (78), I will build it as a diorama when she was being built at the Royal Navy dockyards starting with the landscaping first so I can build as much of the ship as I can before I run out of steam.


Why do I call it Canada's Victory because like the Constitution and the Victory which are considered nation saviors, the St Lawerence played the same role for Canada. More on this later... 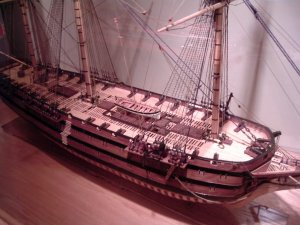 This is the completed model.No forecastle or poop deck. modeler and scale are unknown to me. It is a 1st rater because it has 3 flush decks.

Commodore Yeo had the St. Lawerence built because he recognized that the war of the lakes would be won by who had the largest ship on Lake Ontario to intimate the other side. The Americans were building large ships at the time too but the treaty was signed before their completion and the Americans turned their attention to the war in the Atlantic thus saving Canada from invasion. Nelson and Washington were considered heroes, where Yeo has been forgotten. I grew up in Kingston and had no idea of his importance to Canada's survival nor do most people living there today let alone Canada as a whole.

Like Nelson, he turned a blind eye to the Admiralty who authorized the building of a frigate, not a first rate. 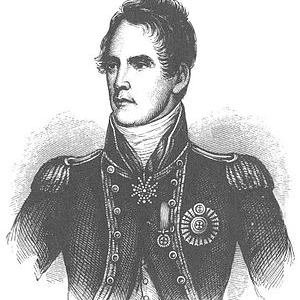 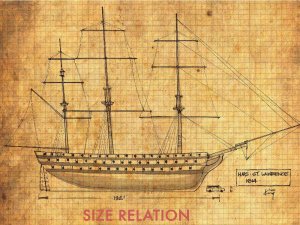 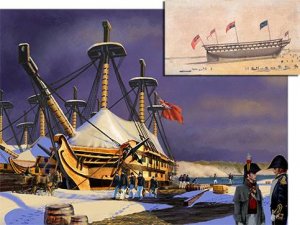 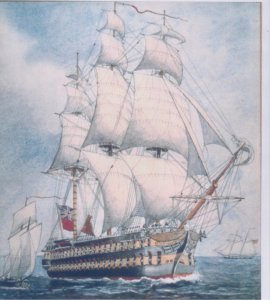 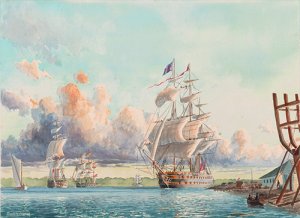